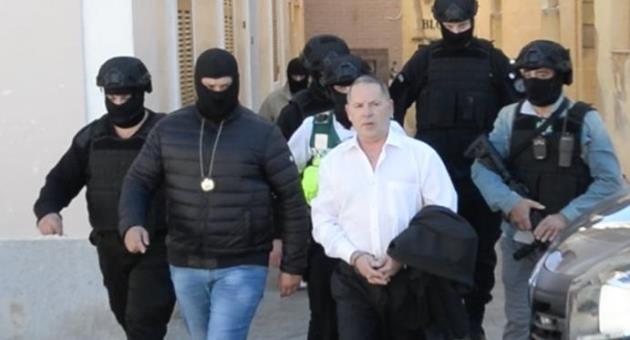 George Degiorgio, who’s been in jail for just over a year awaiting trial alongside his brother and their friend for executing the order to assassinate Daphne Caruana Galizia, was taken to St James Hospital in Żabbar for some medical complaint yesterday.

He was escorted by heavily armed and masked guards wearing bulletproof vests. Fair enough. The boys in blue must stay safe and no expense should be spared to keep them that way.

This is no lily-livered, left-wing, prisoner-first sympathy card. I find it very difficult – scratch that, I find it impossible to argue anything on George Degiorgio’s side.

But while he’s alive, there’s a chance he might know and he might say who paid him to kill Daphne Caruana Galizia. Perhaps he was involved in other assassinations and he might spill the beans on those too.

This is when all the helmets and all the hoods and all the semi-automatic rifles, the sirens and the chains, and all the bulletproof vests stop looking like security measures and start looking like stunts intended to impress and mislead the casual viewer into thinking the course of justice is ongoing. 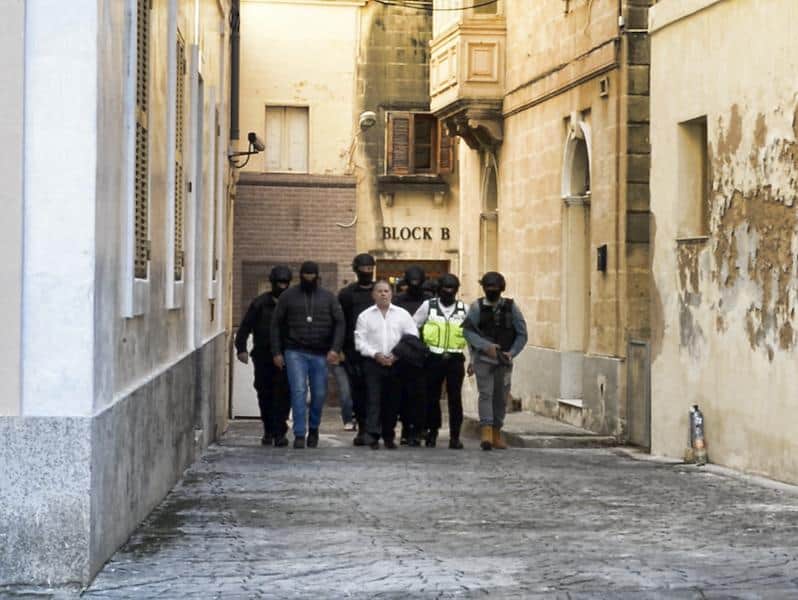 Look at this picture first published on inewsmalta.com. George Degiorgio is in white, front and centre of officers in black. All he’s missing is a big red X on his chest. His shirt is as bulletproof as it is waterproof. And he is the most obvious target for anyone worried about where this investigation might lead.

When they see this they worry a little bit less.

Inewsmalta.com published a veritable family album of yesterday’s jaunt to Żabbar if you are into big guns. 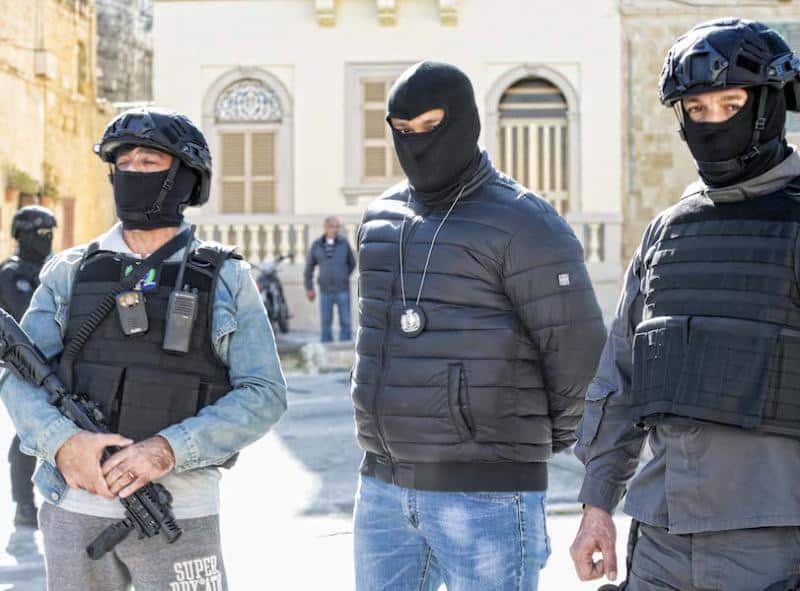 Previous:Daughter of Huawei founder to be charged with violating US sanctions against Iran – reports
Next:Ten most read