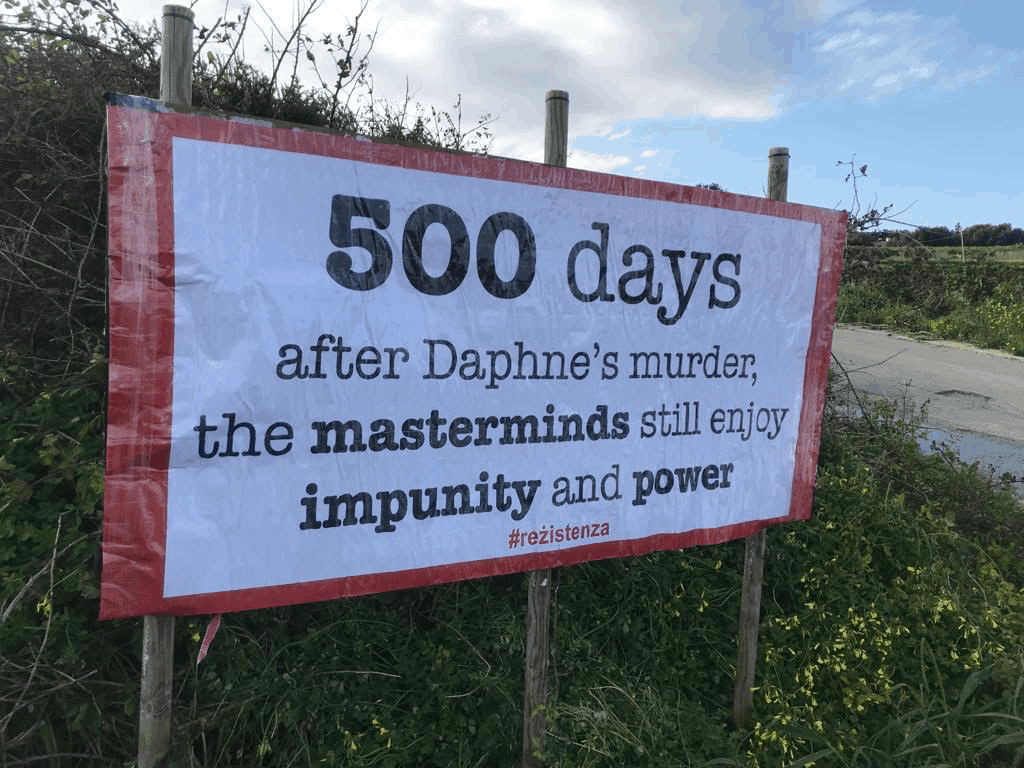 After 500 days, the masterminds still enjoy impunity and power
Five hundred days after the assassination of Daphne Caruana Galizia, the masterminds of her murder are still amongst us, enjoying impunity and power. No journalist has ever been murdered for a lie he said. Journalists have always been assassinated in revenge to the truth they uncovered or to stop them from discovering and exposing uncomfortable truths. If someone feels slandered, he would have a legal remedy to expose the deceit of the accuser. It is only in respect of truthful allegations that one does not have a legal remedy.
It is evident that whoever ordered Daphne Caruana Galizia’s murder is no common criminal. On the contrary, the masterminds are powerful enough to buy the silence of others.
At the same time, it is with regret that one observes that the majority of local journalists behave as though the search for truth with regards to this crime is the exclusivity of the police force. Media too has the moral duty to investigate such a horrendous crime and to verify whether the police are doing everything in their power to identify and prosecute every person who was involved in the murder and whether the crime could have been prevented.
It’s been a long time since we last heard of the million Euro reward that had been promised to anyone who would help to identify those involved in the assassination. It is not only the case that not enough is being done to find the masterminds of Daphne’s assassination, but indeed now Malta’s institutions do not even care to convince us that this is being done.
Previous:EU Commission finds “limited progress” in Malta’s fight against corruption, money laundering
Next:Dance off