Magistrate Joe Mifsud’s decision to acquit Anton Refalo of the charge of domestic violence after the police arraigned him for beating his 16-year-old son has some implications that need further discussion.

But none of this came into play in the Magistrate’s decision.

Even though the prosecution may have followed a report filed by Anton Refalo’s son, by the time the case came to be heard the son (and his mother) asked the court to be excused from testifying against Anton Refalo.

The court explained in its decision that the law gives it discretion on whether to force close relatives of people accused of domestic violence to testify or not. And the court decided to allow them not to testify. 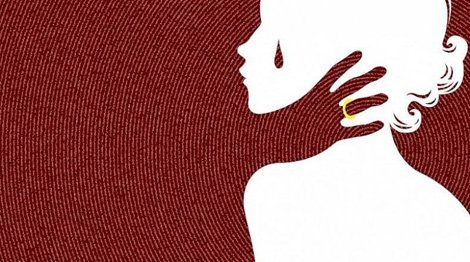 There are two other things the law against domestic violence says.

Firstly, no one can object to a blood relative testifying against someone accused of domestic violence. Normally that’s not allowed. A spouse is normally not presumed to be a credible witness as they may have many motivations to lie whether to help or to harm their spouse. An explicit exception is made for cases of domestic violence.

Secondly, if a case against someone accused of domestic violence is started on the back of someone’s report — say the victim telling the police — the court is not obliged to fold the case if the person making the report says they no longer want to press the matter further.

Why are these two special rules included in domestic violence legislation? Because for too long violent men got away with beating their wives and children on the back of the fact that the only people seeing him do what he’s doing were his victims. When the victims then have the courage to speak up, they may have every reason to become afraid again and to back out of standing in court in front of their husband or their father to accuse him in his menacing presence of beating them.

Think of every other victim of domestic violence in every situation you’ll never hear of instead. The court’s decision in Anton Refalo’s case seems to conclude that in spite of the legislator’s intention to design a law that would allow perpetrators of domestic violence to be convicted and punished no matter the fear they inflict on their victims, the law we have does nothing of the sort.

If the law allows the court to proceed to hear evidence even if the person making a report backs out, then surely the intention of the law is to allow the court to decide on the basis of evidence other than the evidence given by the victim.

The decision by the court, in this case, means that in these circumstances the court must acquit the husband.

Assuming that is right we clearly have been under the deluded impression that we have adequate legislation to fight domestic violence and punish the perpetrators. But in reality, we don’t.

Instead, men can continue to be the bullies of the house as long as they ensure that they do it in the privacy of their homes and they are intimidating enough to make sure the women and children in their lives do not have the strength to see him out of the house and in a cell.

Is it just me or is this not what was promised when the domestic violence law was written?