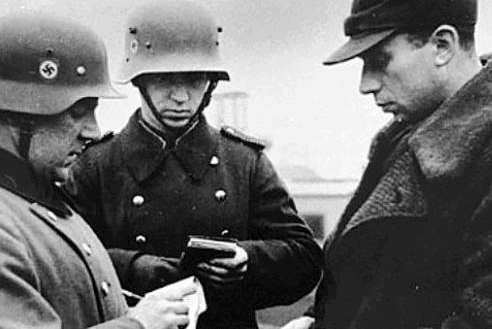 It’s a cliche of WWII movies. But in those two words — ‘Papers Please’ — is the power of the State to disrespect individuals, interrogate them not on the basis of a reasonable suspicion because of any of their actions but for being there and looking the way they do, invade their privacy, humiliate them, and proceed to detain them, punish them and exile them.

Lovin Malta’s report of plainclothes immigration officers stopping people in the streets demanding they prove they have a right to be in Malta may not be a nightmare scenario for most people.

They are comforted by the fact they look ‘local,’ whatever parochial, inward-looking, reverse self-victimising masochistic racism that term might suggest. And as yet it’s the people who do not look local that are being stopped to account for themselves.

‘Those who have a right to live here have nothing to fear,’ is the classic rationalisation. As John Whitehead put it: “You can’t expect to have your rights respected if you allow the government to treat whomever it pleases with disrespect and an utter disregard for the rule of law.

“If you’re inclined to advance this double standard because you believe you have done nothing wrong and have nothing to hide, beware: there’s always a boomerang effect. Whatever dangerous practices you allow the government to carry out now—whether it’s in the name of national security or protecting borders—rest assured, these same practices can and will be used against you when the government decides to set its sights on you.

“Nothing is ever as simple as the government claims it is.”

If they can pick out anyone in the street who is peacefully going about their business and make them justify themselves and their being there, they can do it to you. Scratch that. They’ll do it to you next.

They now live in a country where immigration police are stopping people travelling alone on buses challenging them to justify who they are and why they’re there.

The stories being told by people experiencing these Gestapo like spot checks are of uncouth small-minded bullies newly empowered to stop people in the street and challenging them with tough questions.

I am not going to argue against personal identification cards now. It is part of our political culture and we have accepted them for far too long to start arguing for their reversal. After all, this was a colony of political masters who would not have them themselves.

It is a leap from being obliged to have an ID card for situations where it is justified for the authorities to verify identity, to allow authorities the right to demand us to prove who we claim to be without any basis of suspicion.

We can’t have the act of riding a bus or walking the promenade subject to the otherwise unwarranted scrutiny of plainclothes officers.

The authorities should only be able to ask for your identification if they have stopped you on the basis of a reasonable suspicion that you’re committing a crime or you’re about to do so. Looking foreign is not a reasonable basis to suspect that one is living in Malta illegally, whatever success rate they have in capturing people staying here illegally.

There’s a name for that: it’s called racial profiling. And perpetrated by the State that is profoundly discriminatory action and therefore utterly illegal.

The encroachment on fundamental liberties in this country continues unabated.

People are committed to the mental institution on the basis of dubiously applied laws. Others are arrested whilst walking on the waterfront or riding a bus having been stopped to prove they have a right to be there.

Before you know it, they’ll turn to you.