Joseph Muscat to Socialists: “Move away from social justice, equality and such things” 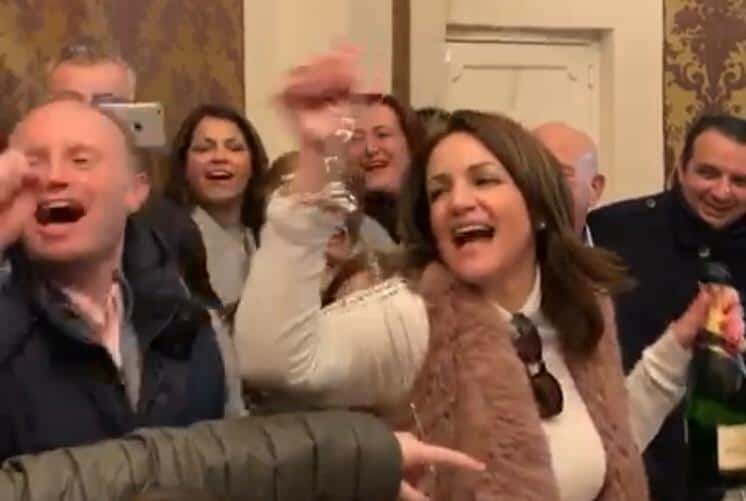 Read this interview with Joseph Muscat on Politico.

At first, you might think it’s a narrow tactical debate for the European Socialists in which Joseph Muscat butts with a centrist, perhaps slightly right of centre inclusive strategy.

The context is quite straightforward. Socialists in Europe are trailing in many countries and they are losing the British Labour Party contingent because of Brexit and the French and Greek Socialists have given way to other mainstream parties that replaced their voting base: Macron’s movement in France and Tsipras’s harder leftists in Greece.

The European Popular Party has the upper hand and will likely win the next European elections not least because the UK Tories had left the EPP some time ago so their retiring MEPs will not be missed.

So the tactical question is should Socialists go to bed with a guy like Macron whose policies will require more than a little dilution of proper socialist ideology?

Joseph Muscat says yes but his reasoning is not purely tactical. Strange as it sounds to use the word in this century and of all people to use it about something Joseph Muscat might be arguing, he is here putting forward an ideological argument.

He wants his sister socialist parties to follow Malta’s Labour Party’s lead: effectively to stop being socialist and to become instead soulless proto-Thatcherites with a sprinkling of anti-immigration populism to round the flavour off.

In other words, he presents himself as the grim reaper of mainstream left-wing politics, slicing the wire to the plug on socialism with his power-hungry scythe.

Consider some choice quotes. “Socialist doctrine works when you don’t have to take decisions. It doesn’t work when you are in government. And I’m not too sure that it works in order to take the government.”

Another one: “I think so much time is wasted in us saying how we will distribute wealth, when the first issue is how to create wealth. Voters want to know where is the money coming from.”

Joseph Muscat tells Socialists they are to “move away from their classic comfort zone of social justice, of equality and all the rest.”

And on migration: “We need to attack in areas where we are not seen as credible enough: security, immigration. I think a sensible immigration policy includes sensible border protection”.

This last quote perhaps more than any other shows how Joseph Muscat is really thinking outside the narrow question of whether the Socialists should ask Emmanuel Macron for dinner by candlelight. Macron’s immigration policy is considerably more enlightened than Joseph Muscat’s and the French President’s policies have put him in direct confrontation with the populist government of Italy.

What we have here is a Prime Minister who is presenting the evisceration of any political mission and the slavish pursuit of “the money” with little concern for “social justice, equality and such things” as an ideology onto itself.

The heightened inequalities we’re experiencing in Malta, the creation of a new breed of poverty, the inherent injustice of a kleptocracy governed by the greed of the few and the capacity of even fewer to monetise their corrupt ambitions, is put forward here as a vision for an entire Continent.

There’s no reason why we should not expect the terminal combination of mediocrity and amorality to prove a winning formula. It’s not like we haven’t seen it happen before now.