President Coleiro, you’re not the King of Thailand 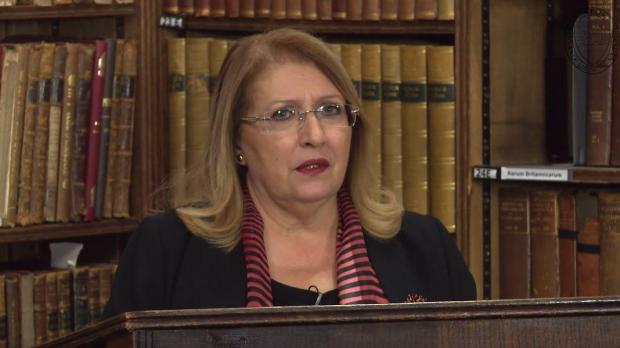 Faced by the scandal of corruption and international money laundering another institution fails us. The behaviour of Marie Louise Coleiro after the video of her saying there was “no legal proof” of what Pilatus Bank was up to was uploaded by the Oxford Union, is a stark warning to those who think they can solve the problems of this country by increasing the constitutional authority of the President.

She has none and yet she intuitively takes the attitude that when the throne speaks any criticism of her is some lèse-majesté.

Consider her reaction to the commentary of “ċertu nies” (I wonder who she had in mind now) about that excruciatingly embarrassing performance of hers at the Oxford Union.

She said her comments were taken “completely out of context to create sensationalism”.

Was she perhaps given an enlightening rendition of the merciless and uncompromising war this country is fighting against money laundering and international bribery and corruption?

The context was a question from a participant in the event: ‘has Malta learnt any lessons from the Pilatus Bank scandal?’.

The answer, in her schoolchild English, was, if we choose to be kind, a failed attempt at evasiveness. There clearly was no reference to lessons learnt or any form of acknowledgement that something wrong had happened.

There was nothing in her response to suggest that a legal process had resulted in the European Banking Authority finding Pilatus Bank systematically broke anti-money laundering laws and in the European Central Bank slamming it shut.

All there was in her reply is the classic Muscatian caveat that what’s not yet proven in a court of law is not true at all.

I don’t think kindness can come into this anymore.

The President of Malta chose to make a declarative statement on a matter of national controversy. Incidentally, the matter of national controversy we are talking about is the subject of a massive lawsuit against the government. In the background are also the interests of other states that, through her halting fits and starts can decipher out of what she intended to be English a loyalty of the Maltese State to a person indicted in the United States for breaching its sanctions against Iran.

When this was pointed out to her by “ċertu nies,” the President complained this was “sensationalism”.

I don’t know about that. But it sure is sensational that the President of Malta would take sides against the government of Malta in a major legal dispute. What with all the talk of traitors these days?

Her reaction ‘clarifies’ that when she said the words “no legal proof of what Pilatus Bank was doing” she was referring to evidence in court since the case against the bank’s chairman was still pending.

What case? Not the one in New York because she knew enough to tell her Oxford audience that had nothing to do with Pilatus Bank. So what case is she on about now?

If she did not mean to give the impression she thought Pilatus Bank was really just a misunderstood charity organisation, why did she say what she said? There’s no context that allows anyone to possibly understand she was not defending Pilatus Bank from the accusation that its case was in any way scandalous.

If the President chooses to step into these issues, she can expect “ċertu nies” to scrutinise what she says. She’s not the King of Thailand. If she wants to be held up as a symbol of national unity she can start by not defending Pilatus Bank, one of the greatest worldwide embarrassments this country has ever had to suffer.

Until our President went to speak to the Oxford Union that is.

Previous:Where’s the proof?
Next:STAR COMMENT: Read with Grieg’s Morning Mood in the background