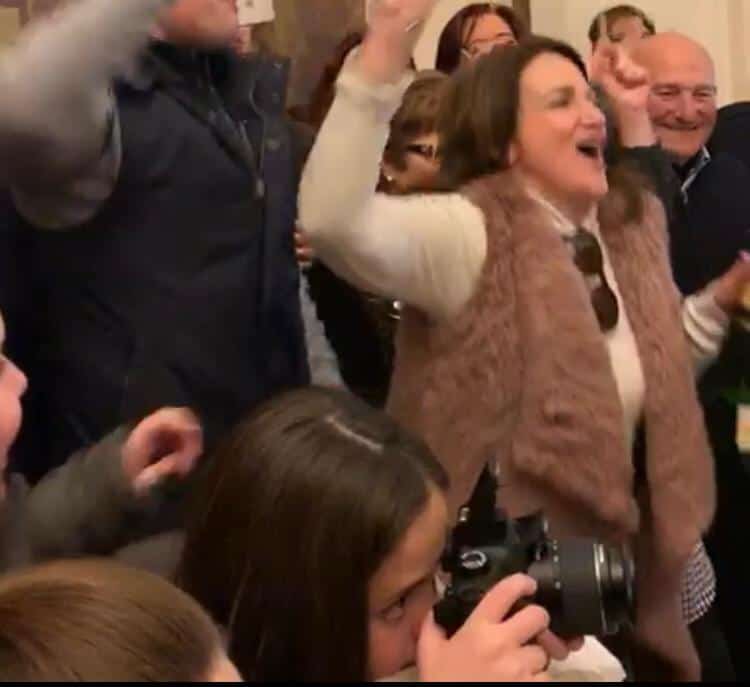 It’s not just that Joseph Muscat was letting his hair, such as it is, down.

That video of a debauched circle jerk which I uploaded earlier was filmed inside the chapel of the Girgenti Palace, the official summer residence of the Prime Minister intended for formal state occasions.

Michelle Muscat, who redefines the meaning of the term ‘champagne socialist’ is seen handling her uncorked Moet with determined abandon, presumably in case her husband gets any ideas after a randy night. She’s such a transparent darling. To keep the enthusiasm pumping she lets her mind wonder imagining the prime minister she’s supposed to be pleasing is a silver fox from her mental scrapbook of pubescent fantasies. Watch her … she’s the only one in the room who thinks it’s a song about il-Perit Mintoff.

Her husband, on the other hand, has the most vigorous involuntary shudders, convulsing uncontrollably as he makes cerebral love to his favourite person on earth: himself.

And of course, those poor kids — here’s your classic attakk faħxi u moqżież — are put to work as official photographers for the night watching their parents “making the most” of being on top of the world. Well on top of Girgenti at least.

Want to guess who’s paying for the champagne?

Previous:WATCH: Alas, our poor country!
Next:Is the PN ok with someone unlawfully detained because of what they said?