Is the PN ok with someone unlawfully detained because of what they said? 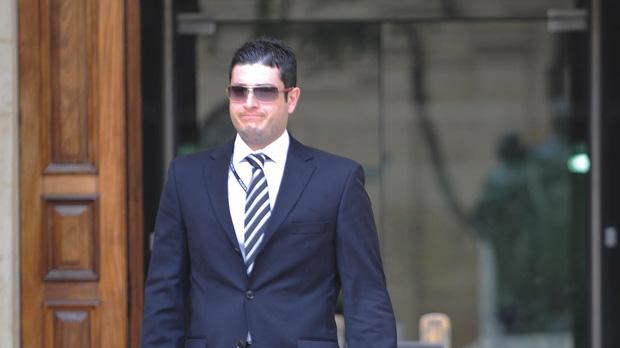 I find it particularly disturbing that the PN and its media continue to ignore the fate of Mario Portelli.

I can understand the hesitation and pause to collect the facts. Not everyone knows the laws regulating involuntary committal of people off hand though of course, it would have taken the PN the same time to check as it took me.

After all, you need a lawyer who works in criminal law to tell you what constitutes an unlawful arrest and a practising psychiatrist to tell you what the procedure in the Mental Health Act is.

It makes perfect sense that her news organisation, so tuned and focused on issues of human rights, would have its red flags raised seeing a man dragged by men in uniform without enough medical knowledge to stick a bandaid on a pinky finger and told he’s being locked up in a mental hospital.

Godfrey and Marlene Farrugia visited Mario Portelli in hospital yesterday. It’s a good thing someone did. Until they did, no one seemed to care that someone could be branded unsafe to himself or to the public and locked up against his will when all he’d done was upload Facebook posts you could just as easily ignore if you didn’t think they were credible.

There are plenty of rambling irrelevancies on Facebook. But it’s horrifying that anyone could find themselves locked in a mental institution because someone else thinks what they said is somehow not on.

I have to repeat this. It does not matter to me at all what Mario Portelli was speaking about. His claims about the ownership of Egrant should, as far as the Prime Minister is concerned, be as outlandish as the claim he’s the Messiah returned. It should not matter.

This has happened already, you know. The Police have locked up a man in a mental institution for conducting a one-man protest in front of Castille while Joseph Muscat was inside. A court was horrified and openly said so.

It could really happen to you. Of course, you might think you’d never put up a Facebook post accusing the Prime Minister of wrongdoing or you’d never stand on the steps of Castille with a placard. Only ‘crazies and loons’ would do that.

Fair enough. But would you rather choose not to put up Facebook videos or conduct solitary sit-ins in a public square because you don’t think those are effective ways of putting your point across or because you’re afraid that if you tried your hand at any of that you might end up locked in a mental institution?

If you consider that second option as a possibility — and it looks to me like you should — then you may not have realised yet but you’re living in a proper tyranny.

When the NGO Alliance for Mental Health made a statement yesterday calling on the Commissioner of Police to investigate whether all procedures in the law were followed, media organisations, in their bulk, felt free to write about a subject they had known about but remained silent on for 24 hours.

Godfrey and Marlene Farrugia’s statements — the remarks of a doctor and a dentist, people of science if nothing else — also raised the alarm that what we could have on our hands here is the Police ignoring the laws of the land and doing something very, very dangerous.

How long will Net and the PN take to remark on this story?

And more importantly, why would they not remark about this at all?

Push away thoughts that the PN might be thinking tactically. That could be the explanation, say, for the fact that they ignored the incident of the prime minister using a public building for the chanting of partisan songs in a drunken bash.

After all, NET had serialised very dramatically an analogous event involving Central Bank Employees chanting partisan themes at a Christmas Party. Surely the PN does not think the PM is exempt from basic rules of decency they themselves expect from Central Bank employees.

So maybe in the case of the Girgenti bacchanal, they’re thinking Joseph Muscat has damaged himself enough without needing their help that may end up galvanising Muscat’s supporters. Or they might even recall episodes where Adrian Delia was rather worse for wear and thought it unwise to call the kettle black.

But why the case of Mario Portelli? Why are they ignoring it?

If they think it’s because, on the merits of what he claims to know about Egrant, Mario Portelli is not credible, it would be perfectly legitimate for them to say so: even as they defend his constitutionally guaranteed right of freedom from unlawful arrest and detention, his right to legal counsel, his right to know what he’s accused of when he’s locked up, and his right to speak his mind without facing consequences outside the scope of the law.

But surely the PN does not now think that people who say things that should not be believed should end up locked in a padded room?

They can, surely, still see that unlawful detention is a breach of fundamental human rights, irrespective of the identity and the opinions of the victim and that any political party that holds itself in support of human rights should not tolerate it or let it go by without remark.

Previous:That bacchanal was in the chapel of the official residence of the Prime Minister of Malta
Next:Salvu Ellul family “supplies illegal tuna to Spain” — report