Appeal? Why object to nothing? 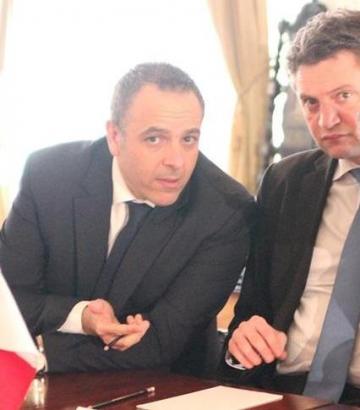 If there’s “no inquiry”, they need not appeal

Konrad Mizzi told the Constitutional Court his fundamental rights are breached simply by the fact that the law allows anyone, you included, to complain about him committing a crime and ask for an inquiry to start.

The argument is well and truly absurd. Try to apply this reasoning to a situation where blood has been spilled. Suppose you go to a Magistrate to report you’ve seen a murder happen but the police had not believed you when you told them.

The Magistrate thinks you’ve given them enough and moves to preserve the evidence. But the person you’ve reported says their fundamental rights have been breached and could the Magistrate not collect any evidence until the upper court decides whether it agrees with you on that.

Ridiculous, isn’t it? We all have seen enough procedurals to know that the earlier the evidence is preserved, the more useful it will be. The more you waste time in legal wrangling, the likelier it is for the criminal to get away with it. That’s perhaps because they run away, or because they manage to cover their tracks or perhaps because they manage to put pressure on any witnesses and contaminate the evidence making it useless in seeking to convict them.

That’s not the behaviour of the innocent. Buying time, giving oneself space to generate enough doubt and to let the wind blow away the smell of smoke or rotting flesh, is the tactical behaviour of the guilty who are smart enough to know that most of the time they get away without being asked, but on the rare occasion when they will be, they’d better have a good answer.

Konrad Mizzi was worried Doreen Clarke would accept the request of Repubblika and Simon Busuttil. She did, but the Government’s official line yesterday what that actually she hadn’t because Simon Busuttil and Repubblika asked for an inquiry (as in a fresh ad hoc inquiry) but the Magistrate found some duplication with another ongoing inquiry and ordered these fresh allegations merged with that one.

So, the government said, that shows there’s no new inquiry.

Complete rubbish, but there it is.

So from Konrad Mizzi’s point of view he may no longer need to pursue his human rights case and withdraw this one as he had already done when the Court of Criminal Appeal last January quashed another Magistrate’s decision to open an inquiry into the Panama Papers.

He should also presumably withdraw his request to the Constitutional Court to order the Magistrate not to do anything about this inquiry until the upper court decides whether his rights were breached.

If, as his government said in a statement, no inquiry has been ordered in the decision that has been made, there is nothing for the Constitutional Court to stop, is there?

In June 2017, Magistrate Ian Farrugia accepted Simon Busuttil’s complaint and ordered an inquiry opened. There was no other inquiry to merge that one with, so a fresh inquiry was supposed to open. But Joseph Muscat, Keith Schembri, Konrad Mizzi and the rest of the Panama Gang appealed that decision and after 19 months of legal wrangling won that appeal in the decision by Giovanni Grixti that had everyone rolling on the floor with side-splitting laughter, or bewildering pain, when he said the Panama Papers were a useless hack and no indication of a crime.

This time, the government would have us believe, no inquiry has been ordered, which is why Keith Schembri won’t have to resign even considering Joseph Muscat’s edict from some time ago that he would have had to if a criminal inquiry with his name on it would ever start.

OK. Let’s buy that for the sake of argument. We can take it therefore that unconcerned as they are with Doreen Clarke’s decision they have claimed as a victory to them and a slap in the face of Repubblika and Simon Busuttil, they will not need to appeal her decision, such as it is.

I mean why appeal from a decision that vindicates you, or so you say you believe it does?

If they didn’t want an inquiry, and none has been ordered – they say – why appeal that decision and risk for one to be ordered by someone else?

Go ahead then, Keith Schembri and Konrad Mizzi and other sundry crooks and accomplices. Let the non-inquiry run its course and do not seek to block something you say does not exist. Do not appeal Doreen Clarke’s ruling.

Previous:Kiss the hand
Next:Which State asks its citizen whether it should bother to ensure their safety?