Which State asks its citizen whether it should bother to ensure their safety? 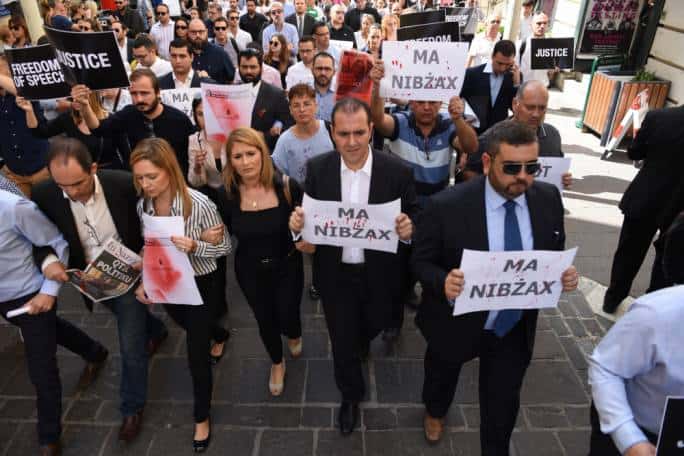 Sometimes the old excuse that Daphne Caruana Galizia refused protection so that’s all the state could do about that comes up again.

Mark Anthony Falzon’s piece on The Sunday Times made many arguments that at first I felt needed response. Until of course you realise that it is his piece which is itself a response and there’s a point beyond which the ping pong between people who are not open to persuasion becomes entirely unproductive.

His article is only a more succinct and less incoherent version of arguments Raphael Vassallo has been making.

It feels like their pride is hurt that someone might think that the assassination of a journalist is an indicator of a restriction on media freedom. The ‘incident’ disturbs their own picture post card image of their world.

I’m reminded of a particularly vile moment a few weeks after Daphne was killed, when then President Marie Louise Coleiro Preca described the assassination as an unfortunate distraction from the unblemished record of a successful government.

Whatever your reasons are to argue in this way, if you’re trying to say that a country where a journalist has been killed is not a place where media freedom is threatened, you’re separating in your mind what is absolutely inseparable.

You are trying to argue a car bomb assassination can happen without causes, spontaneously killing a journalist free to express herself without hindrance, thundering and blowing down like rain from an unclouded sky.

It’s not a rhetorical question. Nor even is it a matter of historical curiosity. It is vitally important to have an answer to that question because for all those people who are supremely confident media freedom is unhindered and unhampered here there is clearly no danger that ought to be prevented.

This entirely unjustified confidence is mortally dangerous. It is, those of us who disagree would submit, one of the causes of Daphne Caruana Galizia’s death: the fact that so many thought this country was safe for journalists and this ‘thing’ would not happen here.

Consider this line from Mark Anthony Falzon’s article: “The only way to prevent Daphne’s assassination would have been to give her police protection. As far as I’m aware she was offered it more than once, and refused. She was happy to risk her life rather than have her journalistic work compromised by some prying officer. That decision cost her her life, but it also shows how seriously she took her work. Point is, that kind of inquiry would be a waste of time and money.”

On that point there has been a devastatingly powerful response by Daphne’s sister, Corinne. Read it here.

But I would add my shudder at the rationalisation being made here by Mark Anthony Falzon. He is, in this argument, repeating the government’s line of defence. We asked her if she wanted security. She said no. There was nothing we could do but watch her burn.

The very first point to consider is that the government is lying. Corinne Vella explains the facts. There was no way Daphne could refuse an offer that was not made.

Mark Anthony Falzon thinks an inquiry to establish that fact together with many others is a “waste of time and money”. So he prefers to take as given the official version given by the government on this and refusing the spare the cost of having someone independent of government to check whether the truth lies with the official story or the version of the victim’s family. Press freedom indeed.

But there’s something deeper.

Every January Turkish lawyer and investigative journalist Uğur Mumcu is remembered in Turkey with an award granted by the bar association of Antalya. 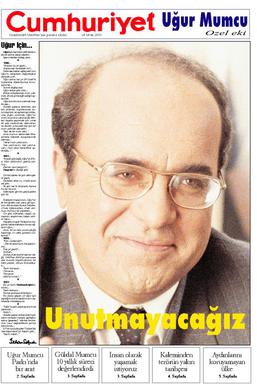 Uğur Mumcu was killed in a car bomb outside his house in 1993. The people who commissioned his killing were never brought to justice.

If you think you’ve heard that before, listen to the official explanation given by the state police when they were challenged on why he was not given police protection when he was unearthing so much corruption.

The official response was that security had been offered to him but he had refused it.

A recent recipient of the Uğur Mumcu Memorial Award reminded his audience in Antalya of that old excuse. He then asked his audience, “Which state asks for the opinion of its citizen on whether to ensure their safety?”

That speaker’s rhetorical question would have had his audience think of their native Turkey.

But now, perhaps even Mark Anthony Falzon can think of an alternative answer to that question.

Previous:Appeal? Why object to nothing?
Next:GUEST SERIES: Malta in the EU (1)