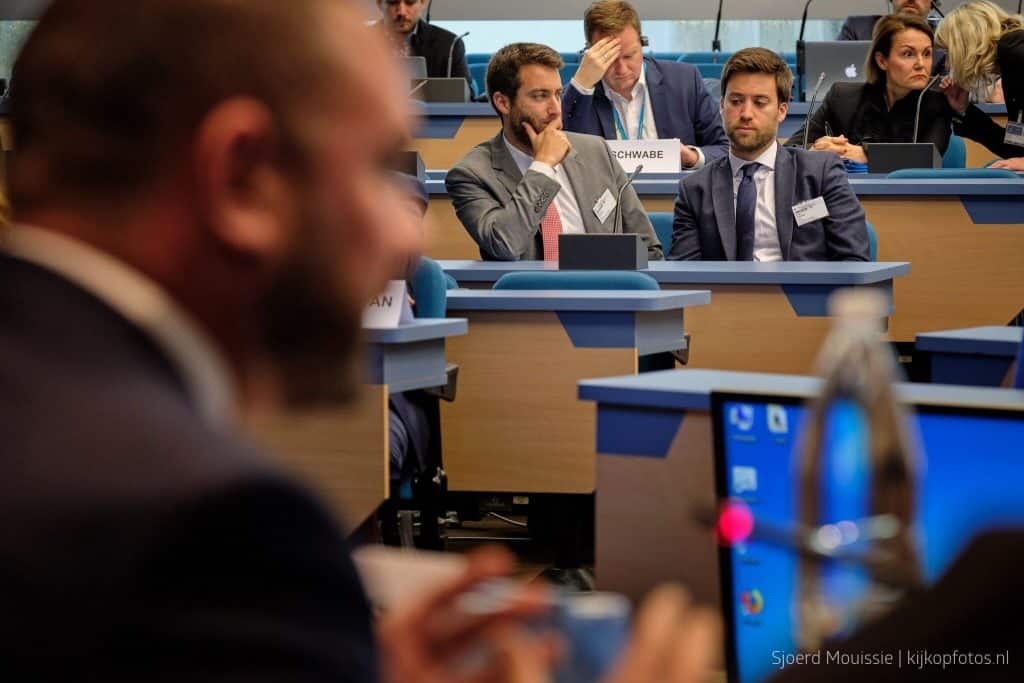 Dutch daily Nederlands Dagblad spoke to Matthew and Andrew Caruana Galizia in Strasbourg on the sidelines of the Council of Europe meeting where they sat in front of Owen Bonnici who avoided looking at them like Lot feared to look back at Sodom.

Here’s Matthew Caruana Galizia: “‘The murder was my fault, they said. I would have intentionally left the car outside so that the bomb could be placed.’ That’s how it always works. Before Matthew travelled to Strasbourg, he gave a lecture in Perugia, Italy. ‘A politician from the ruling party posted that on Facebook. That was a signal for their supporters to throw as much dredge as possible over me. I have seen worse things.’

“Matthew and Andrew call the hearing ‘frustrating.’ Upon arrival, the brothers and the minister completely ignored each other. “Everyone knows he hated our mother,” says Andrew. “He is relieved that she is no longer there to sit on his skin. The fact that he needs to revise the Constitution is a major problem.

“‘Bonnici talks about reforms as if he came up with the idea himself. But the failure of the government was precisely the reason why our mother was murdered. She is the reason we are here. It is painful that the government is trying to shape its story like that.’

“In addition, many residents of Malta receive their information mainly through the large newspapers and TV channels in the hands of politicians. ‘Many people don’t even know why they hate us,’ says Matthew. ‘When they hear about us, it is almost always coloured information.’

“‘I never think of giving up,’ says Matthew. ‘I cannot break free from the reality that my mother was murdered. She will never come back. That is why we have to do this. What should I do differently? Do I want to become a potato farmer in the South of France? No, I’m looking for justice for my mother. Everything else would be superficial and meaningless.’ But ultimately it’s not about them, both brothers say. ‘We hope that next generations will grow up in a Malta that does function as a normal state. Our mother also fought for that.’”

The newspaper report and the photo are by Sjoerd Mouissie.