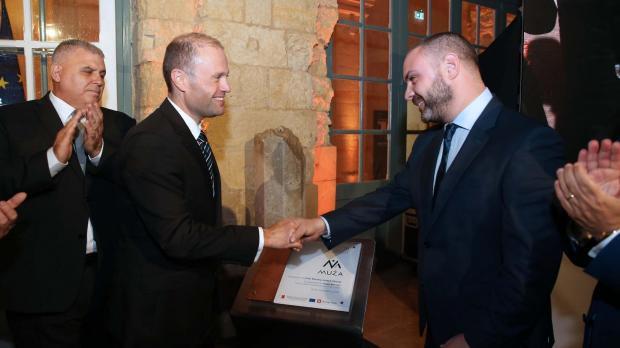 Joseph Muscat and Owen Bonnici do not acknowledge the existence of Repubblika, though they will have to respond to its challenge in Court on Monday.

They prefer instead to refer to the organisation’s lawyers — Jason Azzopardi and Simon Busuttil — when they respond to the accusation they are breaking their own promises of implementing the reforms demanded from the Venice Commission that is levelled at them by our new NGO.

Some people have passed the remark that hiring two PN MPs as lawyers, invites this sort of retort. That’s just because we live in a country of bipartisan bickering men-children, incapable of dealing with arguments and resorting instead to childish personal jibes.

Repubblika is wise enough to hire its lawyers on the basis of what it perceives are its best chances of success in the endeavours it undertakes and will not do the government the favour of choosing second-best in order to avoid Joseph Muscat’s inconsequential tu quoque.

The one Joseph Muscat produced yesterday is remarkable even by his standards. He said it is rich for Simon Busuttil and Jason Azzopardi to be part of this legal action demanding appropriate implementation of reforms in the selection of the judiciary when they had voted for the present system in 2016.

The idea is to make them look inconsistent, even bewilderingly confused.

But, the Venice Commission said, that step is miles away from where Malta should be. In 2016 a Committee was set up to do some background checks on applicants to the judiciary and receive expressions of interest for these jobs from lawyers. That Committee did not exist before.

But does having this Committee have the effect of guaranteeing judicial independence? Not in the slightest. The Prime Minister still gets to choose who gets appointed. The Committee doesn’t even get to rank or express a preference between any and all applicants who pass the very basic criteria that are pre-determined for them. And in any case, the Prime Minister can ignore the Committee.

There’s no independence there.

Incidentally, looking back at the Parliamentary debate in 2016 Jason Azzopardi argued very strongly that the reforms were nowhere near what was desirable. He argued forcefully for judicial independence in the selection of new judges and went as far as drafting a law himself providing for this. The government, of course, ignored it.

Simon Busuttil’s PN group then decided to vote for the changes — reluctantly — saying that just because the changes did not go anywhere near as far as they wished them to be was not a reason not to show some good faith and support the timid changes that were being made.

With the supreme benefit of hindsight, today I’d say I disagree. As an Opposition, I would have refused to support a government initiative intended to make it look like things were becoming more transparent when in fact the only effect would be that the secrecy and manipulation would continue under the guise of legitimacy.

Frankly, when that happens, something like the reforms of 2016 become a step in the wrong direction. They do not have any materially positive effect on democratic life and are instead used as a pretext to keep things unchanged.

Not unlike how they introduced whistleblower legislation in order to be able to say they now protect whistleblowers even as they persecute Jonathan Ferris and Maria Efimova into unemployment, exile, even prison.

That’s what Joseph Muscat did yesterday in reminding Repubblika’s lawyers that as Parliamentarians they voted for his 2016 changes. He used those changes to justify the continuation of a system that the Venice Commission has judged to be far short of what is expected of a democratic society.

They should not have been surprised. Anyone seeing the Prime Minister of a country cancelling his own afternoon commitments as well as ordering cancelled the commitments of the President, the Attorney General, the Justice Minister, the Acting Chief Justice and so many others in order to swear in 6 new members of the Judiciary to avoid having to respond with any material consequence to a court challenge of an NGO, would realise this is not a democratic society.

This is a tyranny governed by the whims of sun boy-king, a little Pu Yi who expects that what he leaves in his chamber pot is treated as holy relics.

No democratic leader would demonstrate such contempt for civil society as to respond to a legal challenge which they are funding and mobilising by bashing their lawyers with superficial sarcasm.

That will fly only so far in a courtroom, Mr Prime Minister.