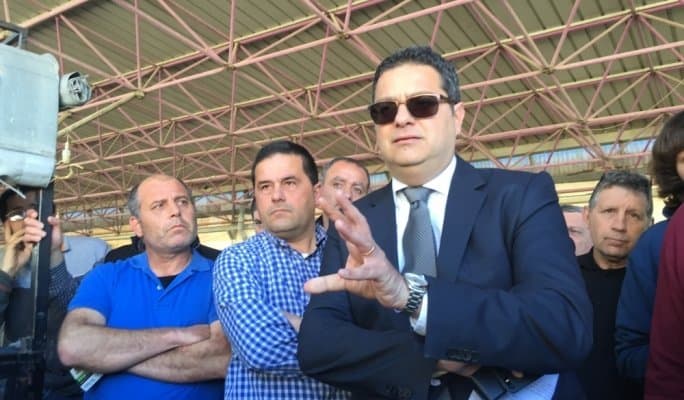 If the Nationalist Party needs to speak about “clans of low-quality foreigners frightening children and making society poorer” in order to bring out the vote, let’s face it, all it is left hoping for is not losing too many votes to the racialist bigoted fascists.

It’s a tactical temptation to manage a pincer movement on your flank by trying to out-racist the racists.

That doesn’t justify the utter suspension of any grasp of reality.

Consider that phrase Adrian Delia used yesterday: “clans of low-quality foreigners frightening children and making society poorer,” and break it down into its component parts.

What clans? Clans are large families or close-knit groups of inter-related families or at least a group with a manifestly strong common interest which is collectively expressed. People who live here but were not born here come from all over the world. They have shown no signs of perceiving themselves as a collective that ignores their internal differences but distinguishes from the “others” (people born here).

Quite the contrary with speeches like Adrian Delia’s, if there’s any group in this country that has put forward leaders speaking on its behalf as if it was an exclusive and hostile clan, that would be the indigenous population. If there’s any clan here, that’s us.

Of course in that phrase there’s the ultimate benign bigotry: “all Chinese/Black/Arab people look the same to me.” If someone is black then surely, the bigot will argue, they must be in league with all other black people. ‘They all think the same’. They’re all taking our jobs and raping our women. And scaring our children, but more of that later.

Next: “low-quality foreigners”. By what metre is quality measured? The implication is clear of course. Adrian Delia thinks people who buy or rent expensive apartments, fly in on private jets and hire law and accountancy firms to hide their money from the taxman as ‘high-quality’. People who work for a living, who leave their families to earn some money even as they’re exploited and treated as slaves to send all they don’t need to survive back home to feed the children and maybe get them some education: those are “low quality”.

Now we speak of high quality and low-quality people.

Back to the one that takes the biscuit: “frightening children”. Why are children frightened of foreigners? What have you been telling them? Have you been telling children the black bogeyman would take them away? Was that because of some prior experience? Can you mention any specific occasion when someone from the “clans of low-quality foreigners” has actually committed anything that justifies collective fear of anyone in that “clan”?

I will not presume to give Adrian Delia parenting advice on how to ensure children are not scared. But is he by any chance suggesting that children should trust white strangers? Is he sure that’s a safe policy? Or is he perhaps training his children to distinguish between low and high-quality foreigners? Should they conduct due diligence and see who of the foreign clan members they come across is dodging taxes and who is sending remittances to feed their children living in shacks in Manila or Kampala?

To an extent he’s right. Unwittingly and unwillingly, merely by being here, people not born here have brought out the worst within us — isolated, backwater, redneck bigotry of the first order — and we made it the leader of the Nationalist Party.