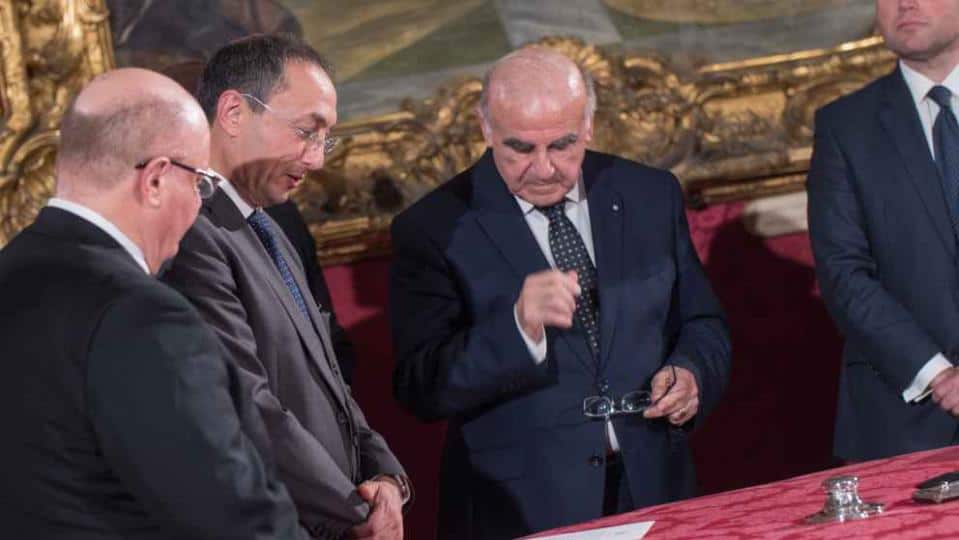 The Court today heard the first arguments in the case brought by Repubblika against the government arguing that appointing judges chosen by the Prime Minister is unconstitutional, a breach of fundamental rights and in breach of EU law.

Repubblika was represented by lawyers Jason Azzopardi and Simon Busuttil who informed the Court they intended to request for the Court to ask for an urgent preliminary ruling from the European Court of Justice in Luxembourg on aspects of the case.

Repubblika is arguing the government is breaking the EU treaty which obliges it to ensure there is an independent judiciary in Malta enforcing all EU laws. The Venice Commission of the Council of Europe had found last December that Malta’s system of appointing judges meant the judiciary here was not independent of political interference.

EU law allows courts to refer to it cases that concern alleged breach of European law to seek preliminary rulings on these matters that are then incorporated in the final decision by the national courts.

Should the Maltese Court accept Repubblika’s request for such a referral, this would be breaking new legal ground.

Repubblika will also be asking the Court to order ‘interim measures’ while the case is being heard. Lawyer Jason Azzopardi explained in Court that should the European or the Maltese Court find that the six appointments made to the judiciary last week were invalid and should not have occurred, every decision they would have taken would also be invalidated. This would amount to a “legal pogrom,” Jason Azzopardi said.

He described a scenario where one of the new Judges or Magistrates convicts someone and sends them to prison. Should their appointment be found to have been invalid so would that conviction and the prisoner would walk out free. The government would not be able to charge that person again as once acquitted, no one can be charged again for the same crime.

Jason Azzopardi concluded that the interests of justice would be best served by preventing such a “nightmare” by ordering an interim measure preventing the new judges and magistrates from taking decisions that can be revoked.

The government was represented this morning by the Attorney General Peter Grech himself who argued that Repubblika’s request for interim measures that would prevent the new Judges or Magistrates from taking decisions had already been refused last Thursday and ought not to be considered again. The Attorney General used a legal principle normally cited in criminal law that does not allow for a person to be charged twice for the same alleged offence.

The Court however disagreed with the Attorney General and ruled it was “not correct” to state that Repubblika’s request for an interim measure last Thursday was the same as the fresh request being made by Repubblika. The Attorney General objected to an early draft of the Court’s ruling that said that what Peter Grech had said about Repubblika’s plea for an interim measure was “not true”. Peter Grech said those words would be used outside the courtroom to represent him as having lied.

The Court clarified it did not mean to say Peter Grech had lied, merely that he was not correct.

The Court ordered both parties to exchange written arguments within the week ahead of the next sitting of this landmark case next Monday, 6 May.