Italian anti-mafia NGO Libera contro le mafie is naming its Ragusa headquarters for Daphne Caruana Galizia. In a statement the Sicilian offices of Libera announced the naming ceremony due tomorrow that will be addressed by the founder of Libera Don Luigi Ciotti. The ceremony is also being attended by Daphne’s sister Corinne Vella.

Since its foundation Libera has been soliciting and coordinating social activities against organized crime while encouraging the creation and the development of local communities that could be a valid alternative in the areas where Mafia has a strong power.

Tomorrow’s naming ceremony will also include the participation of Libera’s coordinator for Sicily Gregorio Porcaro.

Libera made a public call to all citizens to participate in the naming ceremony “in memory of the Maltese journalist mudered in 2017 by a mafia hand”. The Ragusa chapter of Libera said the event confirms its commitment to keep memory alive and build an informed, free and responsible community. 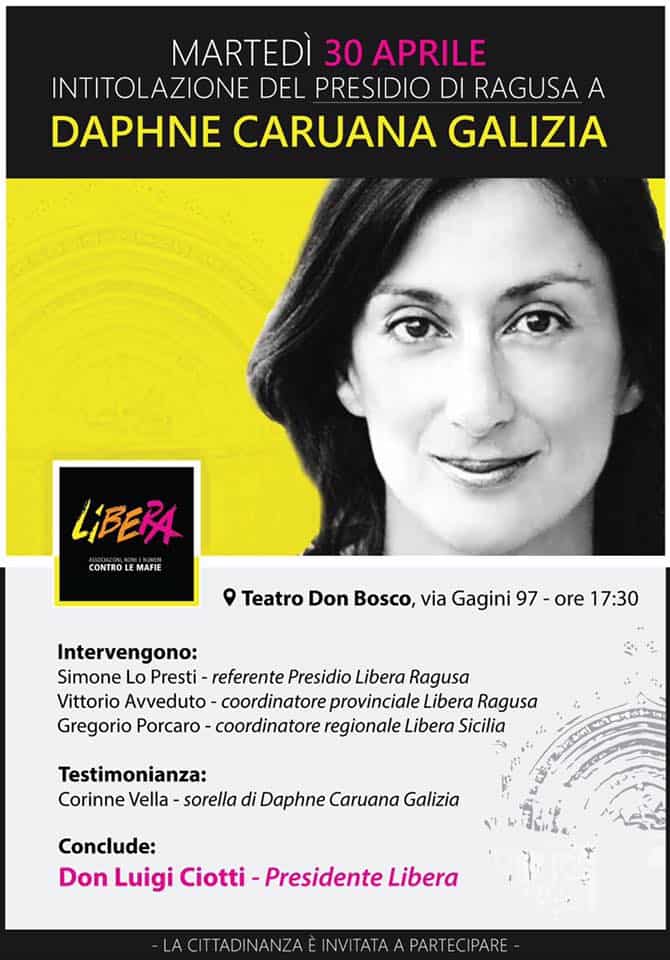