Sent in by someone known to me that goes by the name of ‘Libertas’. 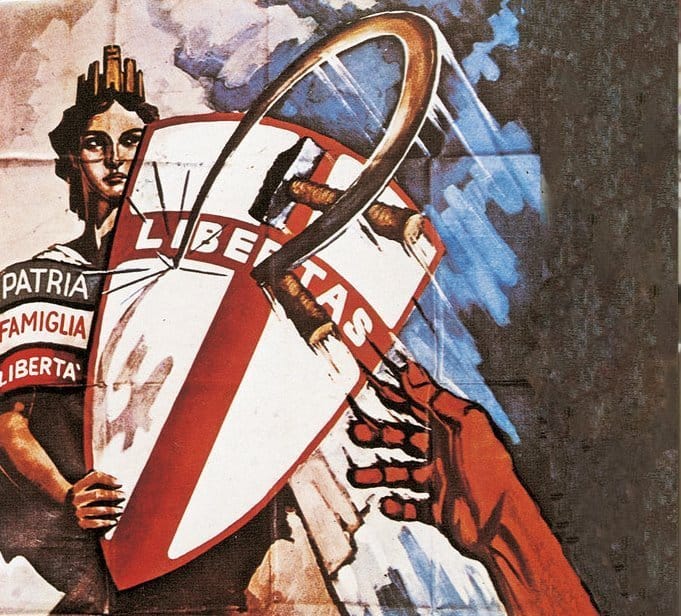 When discussing the current political scenario it would perhaps entail taking a back seat and possibly be as objective as possible. The absence of mature political thinking (ideologies is a big unedifying word) in all parties could be an offspring of that now notorious paradigm called Populism translated in terms of us and them and right and wrong. Politics are manufactured by human beings who, according to natural law, have been bestowed with a free will and the exercise of their rights to agree or disagree. Factions exist in all parties. Sometimes they are valiantly active even on the verge of insanity (unclear and disorientated thinking) or are subdued by the proliferation of mitigating awards.

On one side we have a party in government boasting of the massive support accruing from a vast silent crowd that it intelligently groomed in a legitimate benign autocracy. The machinations for challenging this government’s alleged, sometimes documented, transgressions would require all opposition parties and civil society at large to revert to roots of politics hence developing a political initiative purely based on political thinking rather than alienating society with a critique on the microcosmic brushes of everyday life.

On the other hand we have a Partit Nazzjonalista languishing under the effect of heavy, at times merited, electoral defeats, that have their roots in the past and the intelligent, long well-thought out politics of a government that employs its strategic policies that, like a bonus pater familias, apart from the caring approach towards the poor and wealthy, exercises discipline, submissiveness, divisiveness and fear. And regrettably it would be non-conducive at this point in time to think of a change in government; unless it too implodes by circumstances.

A political faction is a group of individuals, such as a political party, a trade union, or other groups with a common political purpose. A faction or political party may include fragmented sub-factions, “parties within the party”, which may be referred to as power blocks, or voting blocks. Members of factions band together as a way of achieving these goals and advancing their agenda and position within an organisation. The famous “correnti”, a more appropriate word, as the Italian would have it.

It is said that patience is a virtue; it is this forma mentis that need to be adopted by the Partit Nazzjonalista. It needs to think long term and painfully reconstitute itself not by the never divulged reforms and radical changes that the present leadership, even when on the defensive, continues to absent-mindedly profess. The current political initiative is tantamount to living a lie. Adrian Delia was never my preferred bidder, yet one could not but recognise him as a leader. I also believed he could make the grade. But he acted incoherently; when faced with severe opposition all he could do was rally mediocrity around him.

I love anecdotes: it was a breath of fresh air earlier on reading what one of Adrian Delia’s team had to propose by way of reconstruction. He dwells on hatred, divisiveness; and calls instead for solidarity, brotherhood.

To come to the heart of the matter this individual is indirectly attributing the reasons for the party’s failures to the fact that the party has lost its identity. That of being a Christian Democratic party, that for long decades had thrived, not without mistakes, on what Aldo Moro would have referred to as the cardinal values of civil peace, that comes to human beings naturally and spontaneously: mainly benevolence, respect and dialogue. This augurs well. And possibly on the premise that he is not an isolated thinker, it is simply up to Adrian Delia to now distance himself from self-pride, self-interest and fear. Up to some years back, one could have recognised that the party indeed had political factions that deferred on internal issues but more importantly on political, economic and social strategies with the human being as the focus on the party’s Christian Democratic tenets.

What we have had for these last inglorious, shameful months are simply warring factions, definitely not political. And these warring factions have been with purpose extended amongst society in general. The message of these warring factions, even if in most respects extensively justified, had reached a qualified part of the electorate clearly. Over 100,000 non-voters and almost 10,000 invalid votes, which of course would include labour sympathisers. Only that some now regret their short-sighted decisions having crippled an already moribund entity.

Political factions are valuable in political parties, in unions, in groups of individuals who share a common creed, share a common ambition, share a common understanding of what their remit is. Political factions give an identity to an entity’s purpose; they keep the government in check, monitor the workings of decision makers, and exercise their right for freedom of expression. Political factions operate in a party along the same lines with the difference that they are members of the same body. A party leadership who opts to disregard such diverse opinions, who fails to rally around it the support of a qualified majority (let alone an electorate), who cannot submit itself to dialogue with this same possibly intransigent group but instead uses mediocre defensive tactics, would do well to seriously start understanding what leadership is all about.

But just as a human being enjoys his rights for freedom of thought and action complemented with relevant responsibilities, so do also party factions. Factions may practice a degree of dissent, both subjectively and objectively. Their role is a long process of persuasion, that of rallying sustained support for their opinions.

Giulio Andreotti, who although prime minister a number of times never opted for high positions in the party, did not have an ad hoc “corrente”, albeit he led a platform know as Primavera. But Andreotti believed in one cardinal principle. If one’s political position fails to gain ground, and one’s further dissent would jeopardise your party and moreover the general good, one would need to at least keep back and adopt a low profile.

The likes of an Amintore Fanfani adopted a different approach. When he lost government in 1959, he retired to Aventino as the Italians would say, but had confessed to a journalist that if a well-equipped horse would come his way he would ride it. This was then 1959 when Fanfani lost his government and the DC was pregnant with querulous correnti. The choice fell on Aldo Moro because the DC was in need of a kind of notary-like person rather a kind of a Simon of Cyrene; someone with a chequered political background, someone mild and unassuming who could moderate among the factions and lead the party to the path of righteousness. I just recognise that the principle of the Christian Democratic creed was not just being practised across the country but also within the party.

The failure of PN is theoretically attributed to this. Unfortunately, it may happen that the majority of PN elite officials profess Christian Democracy but barely acknowledge its relevance in a 21st century when practicing it in an ever evolving model that reflects the idiosyncrasies and exigencies of an ever changing society.

And some erudite persona in the local scenario would tell that one cannot learn lessons from the past.

In Malta, we do not have coalitions in government. Hard as it may be the PN must adopt long term perspectives even being the main opposition party it is expected to be an alternative proposition. It needs to dwell deeply in a hackneyed soul searching exercise. The onus unfortunately lies with the leadership. It needs to come to terms in Adrian Delia’s own words “with humility” with both the party cells and moreover with the electorate.

This chaotic situation calls for a sense of responsibility from all sides. If the key motivators of these sides cannot distance themselves from “self-pride, self-interest and fear” then it is time for them to back-track, adopt a low profile and create a climate that affords the practicing of benevolence, respect and dialogue. Hiding behind the notions of democratic leadership election process or the passing of a valuable journalist is bluntly living a lie.

Both sides, together with the mushrooming civil society cells, have to resign themselves to the damage that this scenario is causing to the party; they need feel culpable, unless reason prevails, for any foretold eventuality that could hit the party. The demise of the Democrazia Cristiana in Italy in the early nineties was not just attributable to the tangenti and socio economic problems, but to the intransigent political positions as matters of political principle that the then party senior officials kept putting forward over shadowed with self-pride, self interest and fear.

The party needs a Simon of Cyrene. A prototype of this figure has already contested the party leadership.

If such a figure, and those assisting him, cannot be agreed upon, a platform that inspires itself from Christian Democrat thought shall need to be established within the party. Current faction leaders and their assistants as well as flamboyant deputies and others would do well to keep a low profile whilst actively collaborating towards a pre-determined political and structured landscape.

As Prof Hirsch Ballin, ex Minister of the Christian Democratic Appeal in the Netherlands explains, Christian Democracy is a view of democratic politics and presupposes democracy. This necessity implies a constitutional arrangement on the democratic equality of citizens. It is not a church party but is inspired by the teachings of the church or faith and the gospels. It is a dialogue with faith, as described in the gospels, a dialogue that is shared by all Christians and does not exclude other denominations. It is a Christian organisation that expresses a relationship with the gospels. This is referred to as dialogue resulting in a political conviction. Its programme uses various expressions, such as “respond to”, “interaction” and “search for meaning”; none of which suggests submission.

Is this asking too much from influential people in the Partit Nazzjonalista to practice such values internally?

Previous:EU Commission to Malta: “Strengthen the independence of the judiciary”.
Next:Trolled by future generations