Not getting the job done 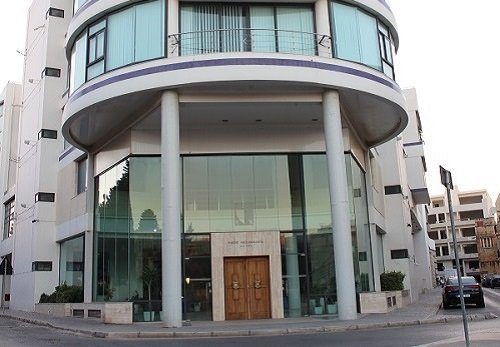 The thing that you have to keep in mind with the current crisis in the PN is just how unproductive it is. A crisis that yields results is painful but necessary. But what’s happening is as pointless as hair-gel on me.

Consider that Joseph Muscat is not having to face criticism on a Council of Europe report that has found he has dragged this country to the status of a pariah on the world stage. The Council of Europe is charging him with corruption, a cover-up for a political assassination, crushing the rule of law. In other words, they have cast him as a tinpot dictator of a banana republic, to mix metaphors.

And he does not need to break into a sweat because no one in the country is looking at him right now.

That’s not all the PN’s fault of course. Some things just can’t be controlled.

Manuel Mallia in Paris last week could not resist being facetious and complaining the Council of Europe report was leaked tactically just before the EP elections to harm his party. From the point of view of anyone except the Labour Party, that was the worst possible time for that document to have been tactically leaked. The noise of an election campaign, especially one Labour was going to win resoundingly, was the worst time for such an important report.

But no one was ‘timing a leak’. It was following the timetable of the Council of Europe’s plenary session and working the approval stages back from that.

Joseph Muscat got lucky the report came out amidst the noise of election but he got even luckier the so-called opposition had altogether other things on its mind than explaining to the country that the Council of Europe had indicted their prime minister for being a crook.

The Nationalist Party is neglecting its basic duty to serve as an opposition because it’s too busy with its own affairs. It’s not unlike someone not doing their job at work because they spend the day on the phone fighting with their spouse.

With two enormous items on the agenda of the PN this weekend — the Council of Europe report on Joseph Muscat and the disastrous results at the polls — the PN spent the weekend tearing itself apart about Jean Pierre Debono’s next career move.

What should barely be a problem for Jean Pierre Debono himself right now because his job demands other things from him, has become the problem of the entire opposition.

And look how unproductive it’s all been. After two days of long shouting sessions, sapping what little energy a party that has just suffered its biggest electoral loss in 50 years could possibly have had, after radio broadcasts by the party leader speaking with Churchillian gravitas about fighting wars for the soul of the party, after column inches consumed in the press over the Debonos instead of the Council of Europe report, the PN on Monday morning is exactly where it was on Friday night.

Isn’t this the most ironic thing of all?

Like that time Adrian Delia thumped on his silver chest that he wanted to throw out Simon Busuttil, this episode has shown that Adrian Delia’s will counts for nothing in the PN. With all the lines carved dramatically in the sand, Adrian Delia has had to step back into his cave to lick his wounds because he finds his confidence in his own ability to impose his will is entirely unjustified by the facts.

In the frantic effort to get things done, he makes his party that little bit weaker.

At this rate, there’s soon going to be nothing left to destroy.

How Joe Cuschieri greeted the coming of his best of times