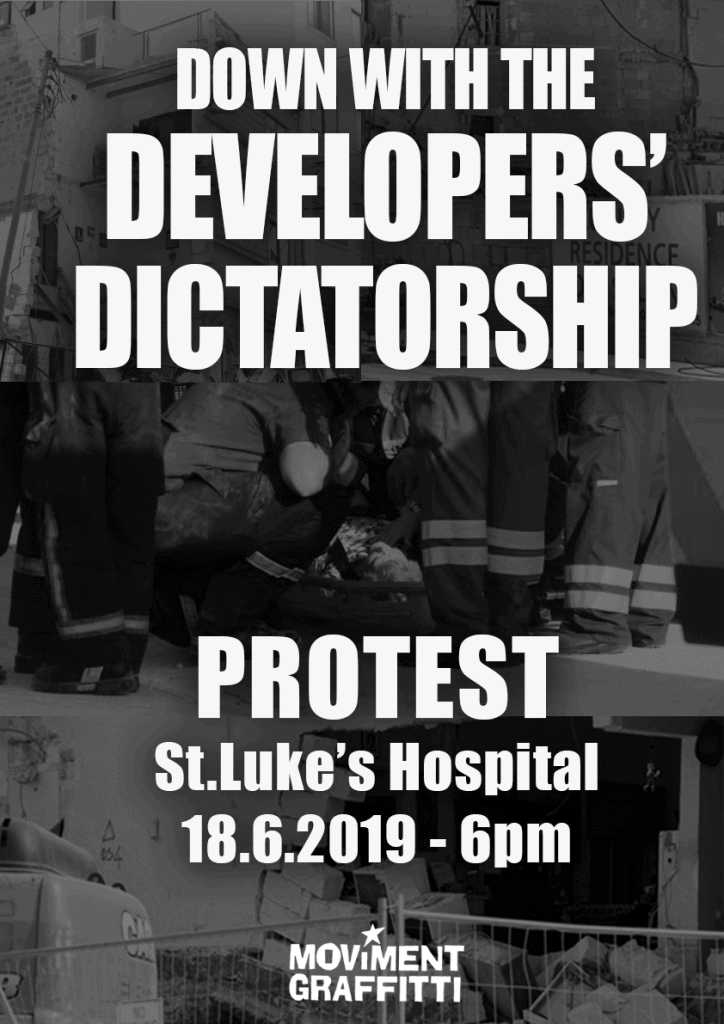 Repubblika expresses its support for the protest being organised by Moviment Graffitti on Tuesday 18th June in Pieta’, starting from St Luke’s Hospital at 6 pm and proceeding towards the Malta Developers’ Association offices.

Repubblika agrees with Moviment Graffitti that developers do as they please all over Malta, to the detriment of residents who have to face, day to day, noise, dust, road closures, traffic, illegal dumping of waste, physical hazards, and the arrogance of the developers. We have reached a point where construction workers’ lives are being systematically sacrificed as developers ignore health and safety rules.

It is evident that the Planning Authority is yet another captured state institution, which instead of promoting the common good enables the greedy developers’ illegitimate exploitation of our country’s natural resources.

Members of Repubblika’s Executive Committee will be taking part in the protest being organised by Moviment Graffitti. Repubblika encourages its members and the public in general to join them.

Previous:How would you like your eggs, Mr Burns?
Next:Ivan Fenech’s principles