There will be hell to pay 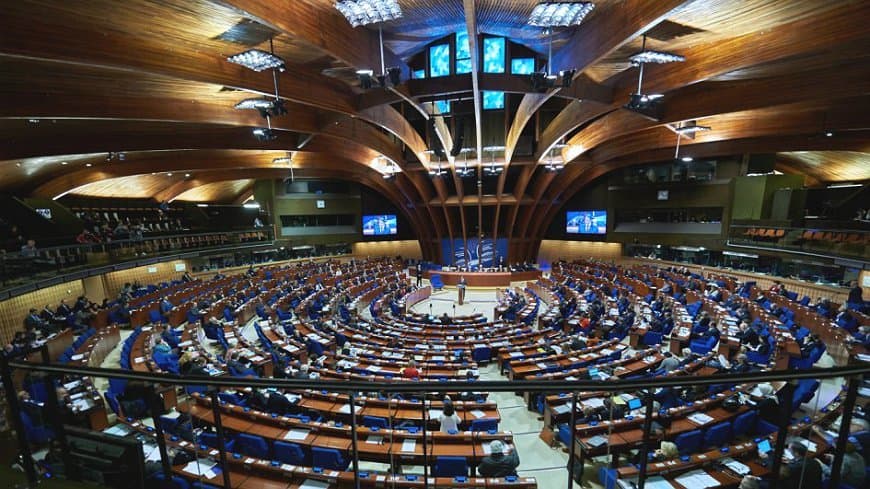 Commenters for the Labour Party who are trying to look at the bright side of yesterday’s diplomatic disaster are banking on the fact that the Council of Europe Parliamentary Assembly’s resolution is not legally binding and cannot therefore force the government to change its ways.

It’s not like just because they’ve been resoundingly condemned by the highest human rights organisation of our part of the world, Keith Schembri, Konrad Mizzi and their arch protector Joseph Muscat feel compelled to resign.

It’s not like just because the Council of Europe told the government it must freeze judicial appointments until it opens for meaningful consultation its ideas on reforms with the inclusion of civil society and the engagement of the Venice Commission, they actually need to do it.

Legally, it’s true, it does not have to comply. There’s no police that can come here to enforce international law, let alone international norms of decency, human rights and democratic governance.

We’re not facing sanctions, arrest warrants or the threat of military action.

That’s because we started out as members of the Council of Europe, signatories of a set of principles and norms, and we submitted ourselves to the periodic peer review of other Member States because, the commitment upon our membership in 1965 was that we would share the aspirations to be an ever freer democracy.

Sometimes people get frustrated with diplomacy. They don’t see the point. One by one MPs from all over Europe across the entire political spectrum stood up to tell the Maltese government it needed to start an independent inquiry into the circumstances surrounding Daphne Caruana Galizia’s death and it needed to get out of the way of the appropriate action to stop the impunity of the criminals and crooks she uncovered.

And this morning Joseph Muscat woke up fresh as spring rain as if none of this ever happened.

But there are consequences.

It will also make it harder for Malta to negotiate its interests with other countries who will use every opportunity available to them to remind Malta they take a dim view to being ignored.

The isolation of Malta on the world stage is only intangible in the short term.

Malta has been here before. When the Council of Europe was composed exclusively of Western European countries because the Eastern half was under the yoke of Soviet imperialism, Malta branded the siblings across the iron curtain as Cain and Abel. Malta was in the Council of Europe, its status as a democracy entrenched by the Ġorġ Borg Olivier government in its first few months of independent government. But it took the line of branding democracies the bad guys.

It’s doing it again. No one will have failed to notice yesterday that the only MPs that stood to defend Manuel Mallia and Rosianne Cutajar’s otherwise completely isolated and painfully pathetic line of defence were extensions of Ilham Aliyev’s regime.

That regime has brought much embarrassment to the Council of Europe before. A large chunk of its Parliamentary Assembly was caught in a scandal accepting the hospitality of that regime, a corrupt process branded ‘caviar diplomacy’.

Within that corrupt flow Anġlu Farrugia, acting as an election observer, hailed what he said was the unimpeachable freedom of Azerbaijani elections. He did that while critics and journalists languished in prison and electoral fraud was so rife it would have been comical had it not been so dangerous.

It surprises none of us here that Labour’s understanding of what a democracy should look like is different from that of MPs from all over Europe — except Azerbaijan.

It’s the 21st century equivalent of Maltese MPs in the 1970s and 1980s telling the Council of Europe they take their lessons in democracy from al Gaddaffi’s Green Book.

Make no mistake. Yesterday’s vote in the Council of Europe is extremely significant. Even as they put a brave face on things, the government is having to come to terms with the fact that the price the country is paying for protecting Keith Schembri and Konrad Mizzi has now gone higher than ever.

Consider how they lobbied every embassy in Europe, every government, every MP that would listen to them for long enough arguing that the killing of a journalist in Malta should not matter at all, and consider then how that diplomatic blitz came to naught.

The only people who backed them were the people who colonised Malta in order to launder the money they stole from their own nation’s resources.

Joseph Muscat will never be able to ask for anything to anyone anymore.

We need to stop expecting international intervention like some manna. We really couldn’t ask for anything more explicit than this. Not only did Daphne Caruana Galizia’s untimely and unjust end get the issues of this self-absorbed little island of crooks front pages on The New York Times, The Guardian and so on.

We now have a Council of Europe resolution that is just one step away from suspending Malta’s voting rights like it was some sort of pariah.

If we as a nation are unable to pick this up and use the means we have to change our own government we have no one to blame but ourselves.

Have you noticed? The government of Malta went on after that resolution as if this was any given Sunday. Any other Opposition in the world worth that name would have been out on the street last night demanding immediate resignations.

Those are the Labour Party and the Nationalist Party. And those parties are not “other people”, they are the product of the popular vote of more than nine-tenths of the entire population of the country.

You could call what happened yesterday Malta’s shame, but I see no red faces around. That’s because we’re not realising that there’s hell to pay for this.