What he didn’t say 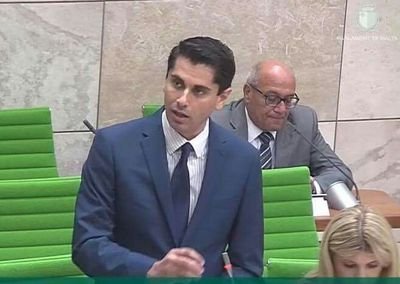 If you haven’t seen Jean Pierre Debono’s “explanation”, do so before you read this. He has written his denials, his excuses and his explanations such as they are and I published them in their entirety because fairness demands it.

But here’s the thing. The credibility of Jean Pierre Debono’s ‘apology’ rests on the assumption that we are all idiots.

It has become the nature of politics that leaders take comfort in their own ability to exert power on the back of the idea that those they exert power on — us — are a flock of sheep begging to be sheered, milked or slaughtered.

But sometimes they’re so terrible at what they do that it just doesn’t work anymore.

The Nationalist Party leadership has lost the ability to be listened to even by its own audience. In betraying itself with contradictions, inconsistencies, double standards and bare faced lies, it has also betrayed its function of taking a leading role in forming opinions, crafting reactions, shaping the debate.

I saw MPs answering questions to Jacob Borg on Times of Malta and they’re the good guys — Jason Azzopardi, Claudette Buttigieg, Beppe Fenech Adami and Chris Said. But they too are too tired, too jaded, too scared or too confused to say what they really think.

At one point Jacob Borg asks Chris Said if he thought the PN could go on with Adrian Delia at the helm. Chris Said answered, “why not?”

Why not? Do you want the short answer or the long one? Do you want a line drawn between that day he emerged on most people’s horizon with that biċċa blogger speech of his to the present moment? Or should we just stick to this morning where he was still speaking as if facts were optional and telling Malta Today he was “almost absolutely certain,” whatever the hell that means, that Jean Pierre Debono did not cheat to get a Parliamentary seat?

I’ll just give Chris Said one reason why Adrian Delia cannot lead the PN to the corner shop. He has breached the trust of everyone around him, of his deputies and his secretary general, of party employees and officials, of candidates and the elected, of voters and doubters, of activists and protesters.

He is utterly disqualified from remaining where he is for one day further.

Jean Pierre Debono today reached for a spoon and cut off his own hand that was trapped under a disaster of his own making. He figured that painful as it is to renounce his Parliamentary seat it was the only way he could survive.

Because that’s what matters, doesn’t it? Survival. That he still has a desk tomorrow at PN HQ from where he could move on a map, pins symbolising armies that exist only in his head.

And because he can’t let go of that, the party whose job it is to be the Opposition to Joseph Muscat has acquired the vocation of being instead Jean Pierre Debono’s and Adrian Delia’s cocoon, his dormitory, his drinks cabinet, his comfort zone, his home away from home.

You saw Jean Pierre Debono’s letter. It says many things about his late hours and going for months without pay. It also speaks of his profound regret about not taking up a Parliamentary seat which he still feels entitled to.

But he says nothing of his office as an employee of the PN and as “chief political advisor” to Adrian Delia. There’s no talk of giving that up.

And there’s no talk of Adrian Delia asking him to either because there’s no one else that would take on that job and their first and last piece of advice to their client would not be, “hey man, let’s let someone else do this”.

This David Stellini/Kevin Cutajar episode was another almost accidental sighting of the disease at the heart of the PN. We’ve stumbled on this before, most dramatically when Adrian Delia wanted to fire Simon Busuttil from the party.

Back then Adrian Delia climbed down and everyone proceeded to put a blanket to cover cancer that had just been glimpsed.

Now it’s happened again, cancer shows it has grown much since then. We accidentally dropped the blanket that covered it, freaked out in a weekend of anguish and now that we’re back to where we were last Friday, the PN wants us to cover it with a blanket again and go on as if nothing has happened.

Well, if we’re back to last Friday, we’re back to a very bad place for the PN. We’re at the smallest it has been in 50 years, an entire generation of leaders appears absent, stuck in a quagmire made of the shit of the past mixed with the piss of their present fears.

We keep hearing this situation can be salvaged yet. I’d like to think that’s true.

But who’s going to do it?