Where did you get that Egrant quote from then? 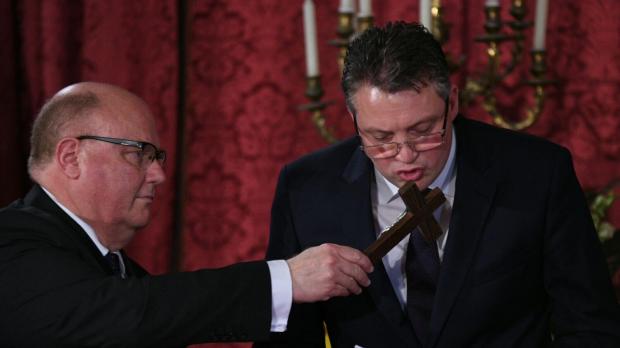 Edward Scicluna, Chris Cardona and Konrad Mizzi replied in Court giving their reasons why an inquiry should not be conducted to look into their conduct in the VGH Hospitals scandal.

At this point, their guilt or innocence is not being examined. The question being looked at is whether there is enough that is known to justify the time for a Magistrate to start an inquiry to gather evidence of a crime. It is at the end of such an inquiry that a decision is taken on whether charges should be issued. And that starts a proper prosecution the outcome of which would determine guilt or innocence. So the determination of guilt is rather a long way off.

But Edward Scicluna, Chris Cardona and Konrad Mizzi are taking no chances.

In their response, they bludgeon anyone that has suggested they committed any wrongdoing.

On Repubblika: “no more than a political narrative”; “perjurers”; “they expect magisterial inquiries are opened as fishing expeditions based on suspicions, speculations and conjectures by opinion writers that are politically affiliated with adversaries in the political scene”.

On Daphne Caruana Galizia they quote Magistrate Aaron Bugeja’s Egrant inquiry with the following words: “In light of the fact that it has been satisfactorily proven that the declarations of trust in the proceedings of the (Egrant) inquiry carried false signatures, the Commissioner of Police should commence an investigation to determine who were the responsible person or persons that fabricated, used and spread these false documents”. Of course, the signatures could have very well been falsified at source, at Mossack Fonseca itself, as has been explained here in some detail. 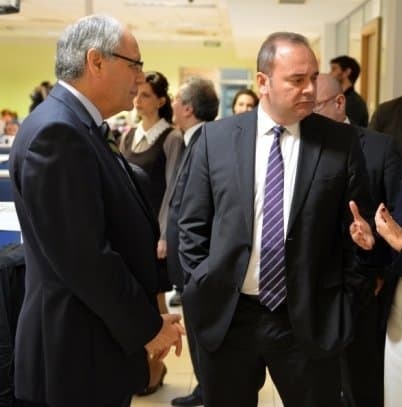 This while, as Times of Malta highlighted this morning, Edward Scicluna, Chris Cardona and Konrad Mizzi said their own conduct is not subject to review because government decisions taken by Ministers are covered by cabinet collegiality and therefore they cannot be individually responsible for something the government does.

They also argue that since the Auditor General has looked into the hospitals’ privatisation, there’s no need for a Magistrate to do so as well, conveniently ignoring the fact that an Auditor General cannot charge anyone for committing a crime.

But what is the most glaring thing in all this is that Edward Scicluna, Chris Cardona and Konrad Mizzi — as Ministers of government with the power to spend hundreds of millions in taxpayer money — argue they are not accountable to anyone and their conduct is not subject to review.

However, there’s an open season to fire on civil society and independent journalists with the sort of crushing (and unfounded) accusations that can be grouped in one very simple understanding of the way the world works.

Anyone who criticises them or holds them to account must necessarily be motivated by partisanship. As they see it no one is entitled to challenge their conduct because if anyone does, that challenge must be politically motivated and therefore in and of itself bereft of even the right of putting the question.

The vehemence with which they identify an individual journalist whose reporting is inconvenient to them — Caroline Muscat in this case —dismissing the findings of their investigations not by addressing what the evidence says or suggests but by making ad hominem attacks, is chilling. Three Cabinet Minister went to court and said they were not answerable for their conduct but a journalist was the enemy. She’s the bad guy here.

There’s a further matter of concern which The Shift News highlighted in this article from last night. The quote from that Egrant report which they used to discredit Daphne Caruana Galizia does not appear to have been seen before. Repubblika has just filed a court request asking that the source of that quote is identified.

The quote appears to come from an unpublished portion of the Egrant report which if that were the case, would mean that Edward Scicluna, Chris Cardona and Konrad Mizzi were privy to a report which was supposed to have been secret.

Adrian Delia unsuccessfully asked the Courts to be given a copy. In those proceedings, Joseph Muscat, Owen Bonnici, Peter Grech and Kurt Farrugia testified under oath they had not shared the Egrant inquiry with anyone.

Has one of them been lying? Under oath?

Have Edward Scicluna, Chris Cardona and Konrad Mizzi unwittingly slipped in a Freudian projection when they said Repubblika was made of “perjurers”? Is that charge more applicable closer to their own home?