The author is a former Malta ambassador to the European Union. 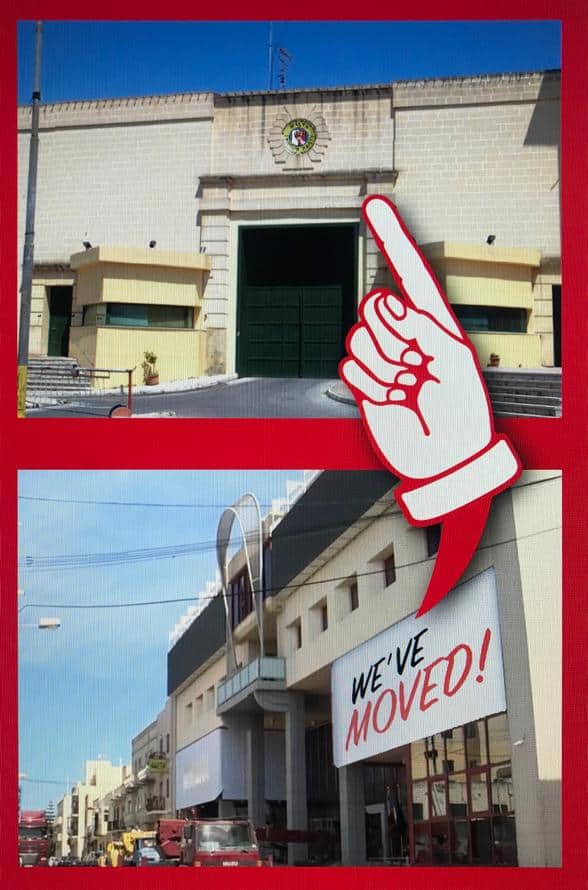 How could the conspirators meet on the 4th floor before the election of 2013 and think they could get away with it?

In spite of, or because, they relied upon foreign advisors who helped them set up a campaign which duped a greater part of the Maltese electorate who, after 25 years had had enough of the tired nationalist Party, these conspirators also planned a number of plots to make money out of the national assets.

Assets like the Enemalta production and distribution of electricity. Assets like the three hospitals that had become obsolete after Mater Dei had been built. Assets like government land , Australia Hall, and ODZ land that could be granted to selected developers in exchange for votes and allegiance and bribes.

The gang of conspirators including politicians, persons of trust, businessmen and middlemen all had one thing in common:  greed.

They have been very organized and tightly knit. They are unscrupulous and criminally minded. In fact, they seem to have almost got away with the plan had it not been for two things. One happened to be a person named Daphne Caruana Galizia. She was a one man army who barred their way and exposed them from the very first day for what they were. A bunch of Crooks.

What also caused their downfall was their excessive greed. They overreached themselves and were not content with the usual Maltese 5% on every tender or contract won by friends or co conspirators. No, they went for the big numbers when it concerned the Power station, gas supply deals and gas tankers or when it came to privatisation of hospitals.

These  deals coupled with the scheme for the hiding of the bribes with Panama accounts and trusts in New Zealand, accounts in the British Virgin Islands, Dubai and Saudi or Bahrein or Muscat in the Gulf backfired. It backfired because Nexia BT fumbled. Of the three criminals, for whom the aiders and abetters, Mr Brian Tonna and Mr Karl Cini, opened the three accounts in Panama and roamed the world looking for banks that would accept PEPs to receive bribes from fixed contracts and tender awards in Malta,  two have now began to feel the noose around their necks. The third remains unknown but all suspicions point upwards in one direction and one direction alone. That person should be feeling the heat.

Unfortunately, our institutions have not worked for the last seven or more years. The Police and the FIAU as well as the PA the Tender and Contracts award boards the Lands Department and on and on. They just were all infiltrated in order to do the biddings of the conspirators around Muscat and to favour those businessmen and women ready to deal with the corrupt leadership in Castille.

By hiding the truth and allowing the sense of impunity for corruption, the Prime Minister and his syncophants carry the blame for the assassination of Daphne Caruana Galizia. Had the main conspirators been sacked or indicted upon opening their Panama accounts there would have been no Electrogas bribes, no hospital shady deals no assassination.

Today we are seeing the noose tightening around the major culprits . Schembri, Mizzi, Muscat, Cardona, Gafa, Fenech , Theuma , the Degorgio brothers and Muscat who were the triggers that placed and exploded the bomb.

But even if these few are charged, indicted, taken to court and found guilty we would not have resolved the major issue of the corruption that is eating away at the core of our state of law.

For example, does anybody think that Yorgen Fenech is the only briber in the Electrogas scandalous deal. A deal that was concocted long ago long before 2013  election victory. Long before the opening of the Panama accounts.

Fenech was suspected because of leaked emails and because of great journalism by Reuters to finance the search that led to them obtaining copies of the emails and bank details in Dubai. Yorgen Fenech confirmed as the owner of 17 Black. Yet, if a deal that was to abnormally favour and enrich the other partners/owners of Electrogas, namely Siemens, Socar of Azerbaijan, the Gasan Group, the Apap Bolognas and the Tumas Group led by Yorgen Fenech, in proportionate parts equal to their shares of the Electrogas deal, and if to clinch this abnormal profit over an 18 year period of the contract for these partners in crime, it was necessary for bribes to be paid  of 5000€ a day from 17 Black, why would Fenech agree to carry the full burden of the bribes alone on behalf of the others who were going to profit from the deal?

Certainly not. Even criminals have honour and usually all share equally or proportionately in the cost of carrying out the crime and in the profits of the crime should they succeed.

So Siemens, Socar, Gasan and Apap Bologna have, either secret accounts we do not know of, like MacBridge for example, or had a secret deal with Fenech to compensate the Tumas Group with their portion of the bribes should the 5000 a day been the only bribe. There are probably many more bribes and secret companies that have yet to be disclosed.

And what about other shady figures who have been named in this and other suspicious deals like the Vitals hospital sale, the passport sales, the Libyan visa schemes, the Australia House deal, the Gaffarena affair, Qala permit, the high rise permits at the DB group in Pembroke, the Zammit Tabona turning the “hotel-only permit” to a tower high-rise business centre and apartment block on Tigne seafront and now soon a ferry terminal in Balluta Bay. How about Mercury house towers, the tower in Gzira, the Mriehel four block tower of Gasan/Tumas group. The Ghar id Dud high rise in the old Union Club grounds, the Sadeen Cospicua and Zonqor Point fake University so blatantly and shamelessly permitted by the Board chaired by the labour apologist Martin Scicluna and his cronies.

All these are also part of the issue of corruption in Malta that started on the 4th floor with Muscat, Keith Allen Schembri, inner circle of Ministers and his planners/ co-conspirators.

The first and foremost leaders of that gang are being investigated by the police. The Police who for six years have played the role of silent accomplices of Muscat and Schembri, but, now, prompted by Europol and money laundering probes into Malta’s shady undergrowth, have been awoken into action.

Better late than never! I have a hunch that it is not the co conspirator Police Commissioner who has prompted the police to awaken. It is probably against the commissioner’s will and orders that the middle level offcer cadre of the serious and efficient Malta Police  decided to proceed with their investigations and to bring the culprits to justice. Had they been allowed to intervene shortly after the Panama Papers then Daphne would still be alive today , living in a “normal” EU country.

What is needed now is for the Labour Party, the real and honest labour Party, to punish the guilty to imprisonment with Hard Labour and to choose from amongst itself an honest leader to replace Muscat. A leader who will rally the honest and justice-loving members of the party and with the applause of all the independent and justice-loving citizens of Malta, to shed light upon and investigate without fear or favour all, in politics, in business, in the accounting and legal professions, Architects, planners and members of independent Boards, Watchdogs of public services , the office of the AG, the courts and all involved and to bring all involved to justice.

All businessmen like Fenech,  whether  involved directly in bribing, avoiding tax, having secret Panama accounts, making undue profits illegally and hiding the truth, or whether  involved indirectly are to be investigated. Knowing that the deals they were entering into were immoral, illegal , spiced with bribery of politicians, and full of red flags that a normal business would never enter into is equally guilty and punishable. They should be charged and punished.

They, and the politicians,  should be forced to pay back to the public the sums stolen or to be stolen. The contracts tainted by criminal activity should be cancelled and re opened to new bidders. Their corporations and their lawyers, accountants, and staff who should have reacted long ago but who were silenced or ignored by their bosses should also be charged with the misdemeanour and mismanagement of their companies. The Tumas group taking a distance from the action of their owner is unacceptable. The Group and its present owners and staff as well as shareholders have all profited from the illegal activity of the Electrogas deal. The same applies to the Gasan and the Apap Bologna business groups. They cannot be allowed to benefit from the contract that has been flawed by bribes and dirtied with the blood of a journalist

The cleaning up should not end with Muscat, Mizzi, Cardona, Schembri, Fenech and the go between and the trigger pullers who placed and exploded the bomb. That does not constitute justice. The clean up should involve all who knew , should have known or who benefited from or advised or facilitated the illegal deals. In this respect I see Nexia BT, John Dalli as adviser to the Muscat government and many many others as also targets of the investigation and the indictments and punishments.

Only then can this six year long criminal saga come to an end and catharsis be achieved.  Malta can return to becoming a normal country once more.

The punishment they deserve is life with Hard Labour at Corradino Prisons. If there are so many involved in this great pillaging and robbery of our country that Corradino is too small, then let us build a new prison in this frenzy of construction that Malta is suffering from right now and put the Hard Labour gang there to rot. Or better still let the government expropriate the Portomaso tower and imprison the guilty there by turning the underground parking zone into a prison.