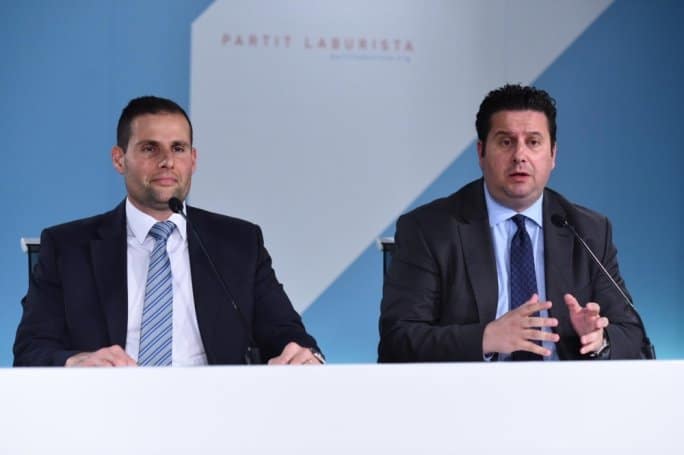 We have a government with Joseph Muscat, Chris Cardona, Konrad Mizzi, Keith Schembri and Neville Gafà excluded from its ranks. Sure, they’re all lurking there somewhere but their status has been considerably reduced. In the meantime, Owen Bonnici is no longer justice minister and Michael Farrugia is no longer responsible for the police.

These were all objectives civil society consistently worked for and called for in protests practically every week since October 2017. We’ve called for more of course and there’s no feeling that celebrations are in order.

But try to have a conversation with your August 2019 self. Imagine telling yourself just six months ago that by the following January Muscat, Cardona and Mizzi would no longer be cabinet ministers. I’d think you’d be pleasantly surprised.

It is incredible to me how some people are falling over themselves praising Robert Abela about his decisions. The instinct to worship on the altar of politicians is almost irresistible for many people. They prefer to give them credit even when what they do is the bleeding obvious.

With all the official talk about continuity and the Labour Party having nothing to apologise for, even Robert Abela can see that his predecessor lost power because he got himself in a deep mess. Pretending the mess did not exist is not the best way to see through the week, let alone the legislature.

Of course, there are still plenty of problems and Robert Abela announced some decisions today it won’t be long before he regrets.

Zammit Lewis has been Joseph Muscat’s lapdog for years. He is deep in the circle of cronies and hangers on that sank Joseph Muscat including Paul Apap Bologna, the architect of the Electrogas imbroglio.

As tourism minister Edward Zammit Lewis paid out a million euro in ‘sponsorship’ to Vistajet airlines (that does not fly tourists) a week after a plane of theirs flew empty out of Malta straight towards Baku the evening Daphne Caruana Galizia reported Pilatus Bank held physical evidence of Joseph Muscat’s corruption and hours after the bank’s owner Ali Sadr Hasheminejad, since charged with bank fraud in the US, was seen spiriting two bags out of the bank in the dead of night. Edward Zammit Lewis knew who to take orders from that time.

And it is in his hands that the grotesquely inefficient course of justice has now be assigned. How keen is he going to be to lead the reform of the judiciary as recommended by the Venice Commission and others? How keen is he going to be to quit the previous government’s resistance against judicial reform? He needs to weigh whatever enthusiasm he may have for a proper institutional reform with the risk a properly independent judiciary could come down on his idol Joseph Muscat and actually do something to right the wrongs of the 6 years of Muscat’s government that Edward Zammit Lewis seemed to think were miraculous. 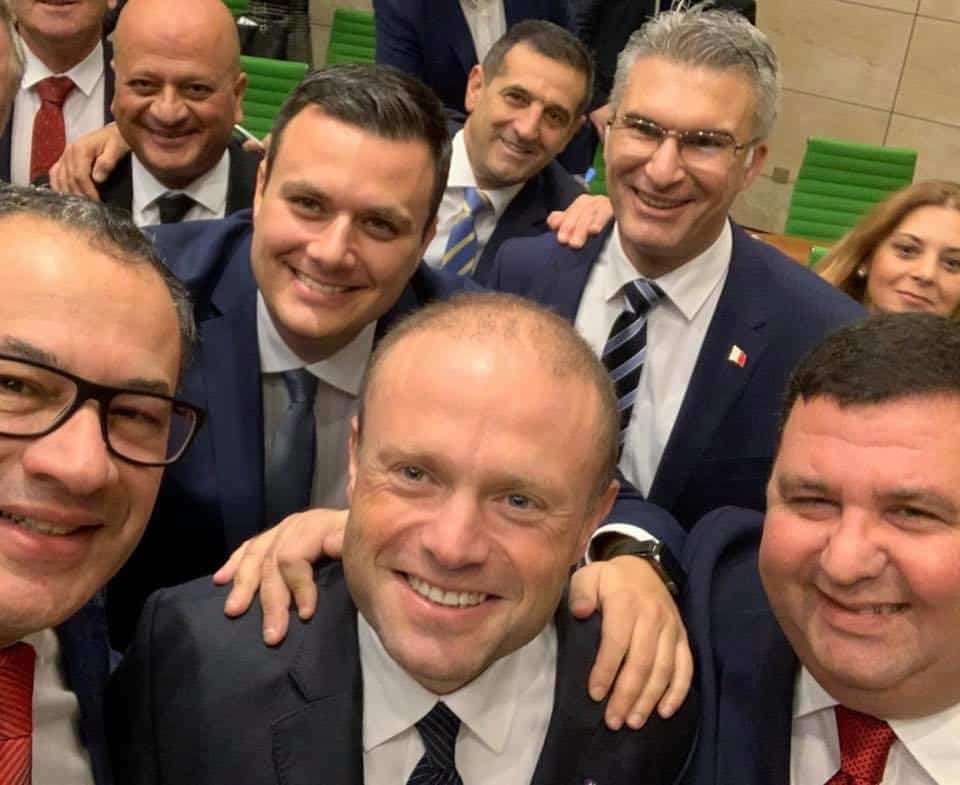 The new police minister is Byron Camilleri who’s new to the cabinet. If we were to call him an unknown quantity, we’d have to put aside the fact that he was the whip of the Labour parliamentary group that unanimously voted its confidence and support in Joseph Muscat when his resignation from government was starting to look inevitable to everyone, except, apparently to Byron Camilleri and the MPs under his whip.

Does he then come with the right profile to shake-up the police force, guarantee its autonomy from political influence and professionalise and resource its leadership? If he were to do so he should certainly expect that such a thing would land the people the police have been protecting the last three years in some seriously hot water. What would be the choice of Byron Camilleri who owes his political existence entirely to Joseph Muscat, withdrawing the paralysing political control his predecessor exerted on the corps to let it chase his mentor or continue as if he was an upgraded image of Michael Farrugia?

Yes, it is a good signal to see Michael Farrugia pulled out of the police ministry. I remember calling for his resignation the day Daphne Caruana Galizia was killed or thereabouts. Since then he’s fudged his way through a grotesque cover-up that culminated in that interview with Italian TV when he told them the arrest of the masterminds of the assassination was imminent a year or so before it actually happened. And not thanks to him.

But what signal is it really that he’s been replaced by Byron Camilleri?

Is that really something to make anyone optimistic about anything?

With Robert Abela’s ministers as with Robert Abela himself, we are expected to go back to default in our attitude towards the government, to comply, obey, follow and adore. But this is the same Labour Party, the same parliamentary group, the same score of MPs who have been governing the country with one hand and robbing it with the other.

We’d best keep that in mind.

There’s one more assignment announced today that saddens me particularly. Pleased as I am to see the back of Owen Bonnici from the Justice Ministry, seeing him dumped in the Education Department should force everyone to despair.

His handling of his culture portfolio was abysmal. To say the man is over-rated is to over-estimate his ratings. It’s not that Owen Bonnici disappoints. He rather exceeds all expectations of bewildering mediocrity. There’s no responsibility which is too mundane for someone so bereft of imagination, energy, individuality and sense. If he were made minister for sea slugs, I’d worry they’d have to be put on the endangered list.

He’s a sad, pathetic man who, like Edward Zammit Lewis, behaved as if he was cultivated out of another of Joseph Muscat’s spare ribs. As minister of justice he forgot himself many times interfering in proceedings he had no place in justifying his butt by saying he’s Joseph Muscat’s personal attorney as well as Justice Minister for the land.

Quite why anyone might think that a man so shallow, so unprepared for adult life, would make a suitable minister for education is beyond me. From there he will rule over the education of our children with the achievement aspirations of a dullard. He will be the patron saint of national mediocrity.

One final note. This cabinet team is massive. Biggest we’ve ever had. I’m not complaining about all the staffers, the cars, the offices and the little armies of “tal-kastimerker” that will be mobilised to assault voters with random calls of “il-ministru saqsik għandekx bżonn xi ħaġa, ħi.” That’s bad enough of course.

But there was another reform recommended by the institutions that have checked us out including the Venice Commission that Robert Abela has ignored. The Labour Party parliamentary group is almost entirely employed in government. Our parliament remains a rubber stamp of the executive. This has not always been so. For generations government majorities had enough MPs to choose their ministers while the rest supported them in parliamentary votes and scrutinised them in between.

Now it seems Labour’s massive parliamentary majority is determined to do anything but its job.

If Labour is determined to reduce parliament to a ceremonial rump of what it’s supposed to be, why not abolish it and hire out the chamber for weddings? After all, Michelle Muscat may need a job now.