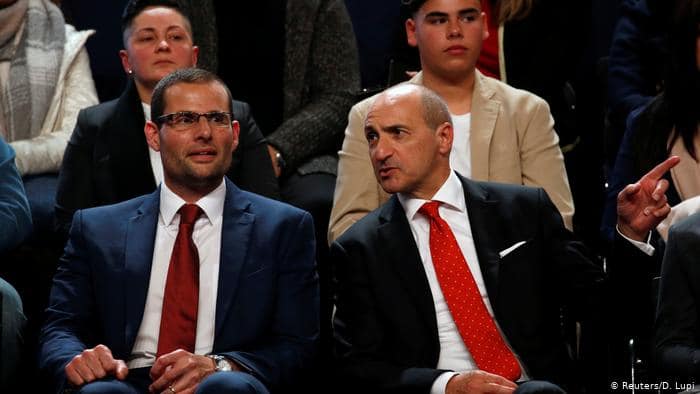 Robert Abela became the prime minister of Malta by not saying anything to Malta for the past 4 weeks. He stuck to the policy of contempt that was central for Joseph Muscat to survive in Castille for as long as he did. The best way to do well in a tough interview is to refuse to do it. Robert Abela broke more promises these last 4 weeks than most people do in their entire childhood. He missed TV interviews, skipped public events, dodged every challenge to say what he planned to do.

Instead he stuck to the 17,000 Labour party card-carrying members, people so obtuse about the corruption and murder their leaders are responsible for they not only support the Labour Party they remain its members.

Chris Fearne represented a large portion of the Labour Party that knew for some time that Joseph Muscat’s government was not on. But he kept quiet in the background for 6 years, making a Herculean effort to do nothing for 3 of those. He did that because he told himself that if he actually rebelled against Joseph Muscat before Joseph Muscat himself accepted he needed to leave, party members would never forgive him and he’d lose his chances of replacing him. Chris Fearne did not want to be a martyr for his own principles.

And then he fucked that up over the last 4 weeks by being unable to stop himself saying the right things a few times as he gave the interviews and attended the public events he was invited to, outside the narrow 17,000 bubble of Labour Party members.

To his Labour audience at his events he told them what they wanted to hear. That with him alive the PN would be dead. That Laburisti can expect to benefit from discrimination against everyone else by his administration. He said all the right crap that rankles decent people who, by definition, would never be members of the Labour Party and would therefore have no say on who Malta’s next prime minister is.

But asked by independent journalists how he felt about the soot, the mud and the blood that has made the palaces of our government so filthy, the fundamental decency behind Chris Fearne’s arrogance and self-importance did not allow him to lie as well as his predecessors did.

That arrogance of Chris Fearne is the brutal honesty of a surgeon for whom bed-side manners are unnecessary fluff if not even a deceptive coat of sugar that hides the truth a patient needs to be told.

Chris Fearne publicly recognised in this campaign Malta lost the trust of its European partners. He openly acknowledged that the first thing he would need to do as prime minister would be to open a dialogue with civil society about restoring the rule of law. By implication, he recognised that the rule of law in Malta has been at best undermined. He spoke as a prime minister should because he was arrogant enough to assume he would be one and because, I suspect, he was determined to do the right thing and fix the mess Joseph Muscat made if it was the last thing he ever did.

Answering questions by journalists and at that ill-fated Chamber of Commerce event which his rival boycotted, he spoke with the brutal honesty of a surgeon in a pre-op meeting. He said what the country and the rest of the world needed to hear.