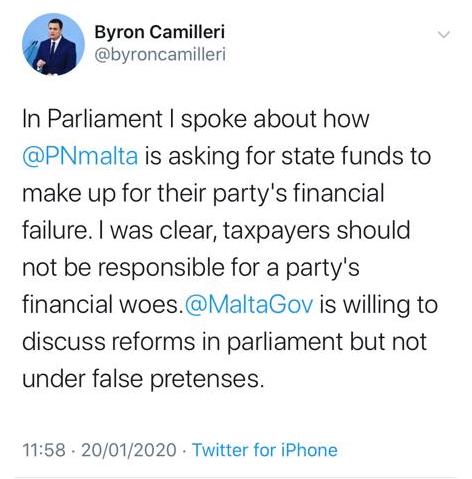 It is the same logic on the back of which Chris Fearne, in the run-up to Labour’s leadership election, said the PN was only really interested in abolishing partisan TV stations because it can’t afford its own. That may very well be the case but it’s all beside the point.

If political parties can afford to exist and can afford to communicate their message only on the basis of how wealthy they are, we cannot have a democracy. Instead we get a plutocracy where money and wealth determine political influence.

Of course, what we have here is worse. We are endowed with a kakistocracy rather than a plutocracy.

In order to preserve their influence, the rich fund the worst to rule over the people on their behalf.

This is not theory. How does our party system represent the people of Pembroke? Who bears greater influence on the outcome of the political process? Is it the Labour Party members who live in Pembroke and pay the yearly membership fee? (Or the PN members for that matter). Or is it the tycoon who pays the salaries of staffers working at the political parties’ offices and then gets on the phone to secure their permit to build a huge tower in place of the ITS building?

Byron Camilleri, and the Labour Party, need to understand that the fact that his party is wealthier than the PN is not a relevant consideration in deciding whether it is better to introduce state-funding of political parties or whether it is better to separate political parties from the media houses they own. What matters even more here is the fact that the Labour Party being wealthier than the PN suggests that Labour is far more exposed to corrupt obligations towards its funders.

Political parties have solicited ‘donations’ from people in business for ever. The reason political parties continue to exist in the form they are is indeed these donations. Membership fees do not begin to cover costs. And the state, exceptionally for a European country, pays nothing towards the existence and subsistence of political parties and personal campaigning.

This is both corrupt and undemocratic. It reduces political parties to whores soliciting money from the wealthy. And the wealthy, as should be obvious, tend to look for value in exchange for the money they give.

If policy is decided by the elites, chunks of the population are disenfranchised. Enfranchisement is not limited to the right to vote. If parties are able to – or rather have no choice but to – ignore voters to rank higher the needs of their funders we are nothing but members of a club over which we have no influence whatsoever.

Because state-funding of political parties will make political parties accountable for their spending. Tax-payers have a pesky habit of insisting that money taken out of their taxes is spent responsibly and that expenses are kept to the minimum they need to be to get the job done. Tax-payers also have a habit of insisting the institutions and the projects they support with their money are transparent, independently verified and governed by objective rules.

Political parties have been largely comfortable existing outside the reasonable expectation of accountability that applies to all other public institutions. And their funders have been comfortable hiding behind these ‘donations’ to extract repayment from public expenditure.

The PN may very well be too broke now to hope for that sort of unaccountable comfort and to prefer the burden of transparency over the prospect of veritable bankruptcy. Call it cynical but compare it with the cynicism of the Labour Party, the optimal financial condition of which allows it to declare that it would rather keep parties outside the state’s cost base.

The Labour Party in government has paid itself generous grants that the PN would have been too decent to ever imagine possible. Knowing now how rotten Joseph Muscat’s government was, few would likely doubt how rotten Joseph Muscat’s leadership of his party was. The wealth they’re in today was likely foully obtained, paid for with the environmental and reputational disasters we’ve had to sustain as a country and the economic consequences we’re still likely to face.

That the Labour Party is prepared to use that advantage to force its opposing party into penury if not bankruptcy shows a disturbingly callous attitude to democracy.

Now Labour is sending familiar signals that it will stand in the way of the democratic reforms our country so desperately needs. We’ve suffered from 60 years of a lock jam of a two-party system. And we’ve suffered from 6 years of institutionalised corruption which is only unprecedented in extent but recalls the bad old days of the ‘70s and ‘80s.

Labour now seems to think that’s not bad enough. It’s marching instead towards a one-party hegemony which would be the only worse thing possible than the reality today. 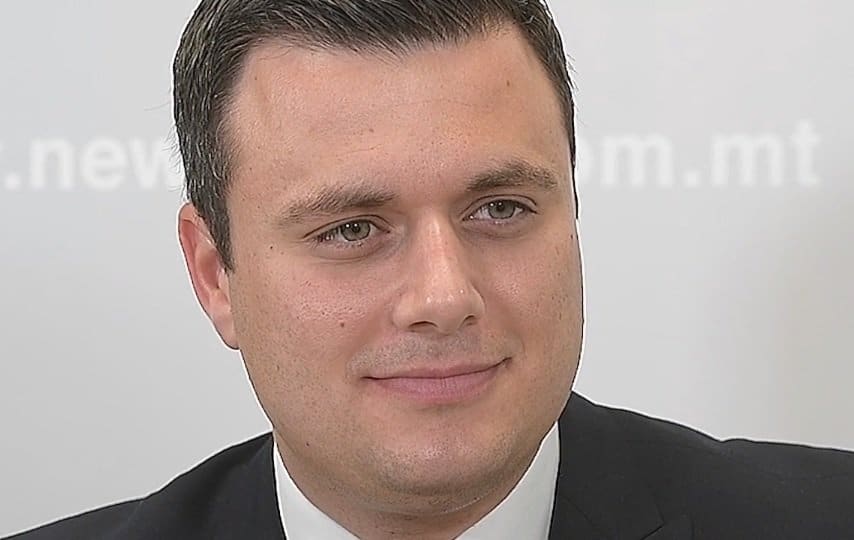 Previous:GUEST POST: Joseph Muscat did not betray me
Next:Bent cops and straight shooters