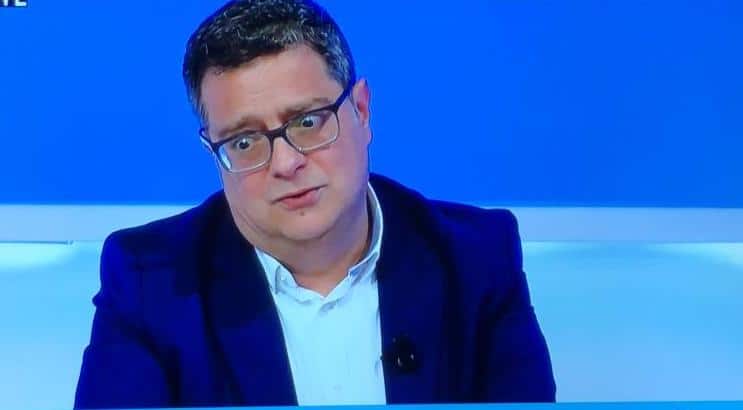 Adrian Delia’s case for his stubborn permanence at the headship of the PN is flimsier than ever. He said yesterday he did not want to betray those who wanted the PN to be closer to the people. Who’s that? The 13% who said they trust him? Because nobody else is impressed with his efforts so far.

He also reverted to his 2017 mantra that some obscure establishment forces were trying to snatch the party away from its members and he’s stepping up to prevent this from happening. If he’s speaking about MPs who oppose him, he is ignoring the fact that they were elected, by people, while standing on the party’s ticket. He was co-opted to his seat by a cadre.

If Adrian Delia had any principled reason for not resigning, anything anyone might understand, he would be saying it.

It’s not that he won’t leave the leadership. He can’t.

I have seen evidence given by Adrian Delia himself in court that shows that he just can’t afford to lose his Leader of Opposition salary. The day he does he will have serious difficulty reaching the end of the month and honouring his financial commitments.

I should not need to publish the details because Adrian Delia is a human being and after his resignation, he deserves the chance to be able to pull himself together again and rebuild his life. After he’s no longer PN leader he becomes a private person entitled to a second chance at having a life.

In the hope that he sees sense and stops holding his party and Maltese democracy hostage to his personal problems, I’ll hold my own hand. I insist that while he occupies the constitutional position he’s in, the state of his finances is not a private matter.

Like anyone in his state, he is vulnerable to blackmail, to exposure and to corruption to an extent that is unacceptable for a person in his position. It would be unimaginable for someone seated in the prime minister’s office.

On a human level I feel sympathy for him. He’s not in a good place and his options are limited and the best of them are undesirable.

But his stubbornness is amplifying his humiliation.

Of course, if he denies having himself made the assessment of his extreme financial precariousness, I will have no choice but to publish the details explained in his own voice.

Previous:The draft dodger at a veterans’ gathering
Next:GUEST SERIES: The Subjection of the Social Sector (Part 3)