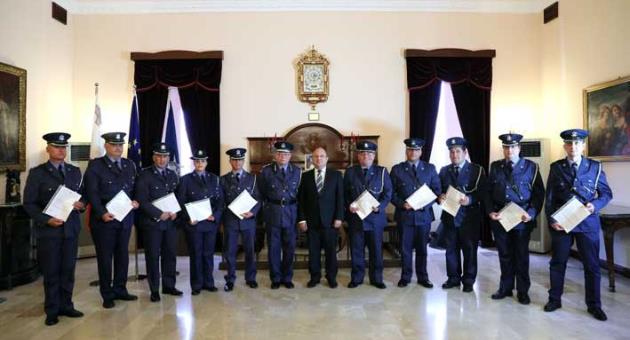 It never gets easier listening to men who plotted to kill a woman in cold blood because they did not like what she wrote. Melvyn Theuma’s testimony speaks of Joseph Muscat’s and Keith Schembri’s annoyance with Daphne Caruana Galizia. Recordings played out in court ring out the voice of Yorgen Fenech speaking callously about the killing of a human being. He puts on a weighing scale, revelations about his friend’s secret cancer treatment on the one side and the killing of a human being and has no qualms about putting his friend’s delusions of privacy over the woman’s life.

Perhaps he is struggling to justify his own actions to himself.

The witness, who is testifying in the case against Yorgen Fenech, says Silvio Valletta then Deputy Police Commissioner and lead investigator in Daphne Caruana Galizia’s murder passed information to Yorgen Fenech about the progress of the investigation.

Right. He can tell that to a judge when he’s asked how he pleads to complicity in covering up a murder and committing a crime he was in duty bound to prevent.

Later in another courtroom a senior police officer, Superintendent Raymond Aquilina, testifies about what has been happening behind the scenes at something rather grandly called the “economic crimes unit” within the police. “Unit” indeed as there were times, as scandals of major money laundering and fraud were erupting, when the unit had a staff complement of one.

Investigations are slow because they are complex and hard to prove and any one of those investigations is but one in a pile of thousands.

The Superintendent describes how hot files go upstairs to the economic crimes ‘head’ at the police Ian Abdilla, another agent of partisan interests who seems to sit on files without expecting them to hatch.

Raymond Aquilina says he “never got direction” on prosecuting Keith Schembri and Konrad Mizzi over the Panama Papers even though FIAU findings have been with his office for months. That’s not fair. The matter is not with his office but with Ian Abdilla’s while the investigator waits for his boss to tell him what to do with the evidence.

After Silvio Valletta got caught rather stupidly cavorting with Yorgen Fenech in the tycoon’s Rolls Royce it is hard to think good things about Ian Abdilla’s responsiveness.

This is the rule of delinquency an outgoing chief justice spoke of more than two years ago. Civil society is campaigning for an independent judiciary but getting that is only solving half the problem. A democratic country must also have an independent prosecution which acts outside the interests of the government of the day.

The public inquiry into the killing of Daphne Caruana Galizia will have that to mull over after today. But in the meantime, we depend on that servile, captured police force to do something about the inevitable conclusions from Melvyn Theuma’s testimony and the evidence he is producing.

Keith Schembri must be made to answer. But which policeman is going to make him do it?

Previous:GUEST SERIES: The subjection of the social sector (Part 1)
Next:That’s one thing Adrian Delia has that Robert Abela doesn’t: the police are investigating him