The leadership of the Labour Party last November had a problem on their hands. The party leader was extremely popular with their supporters such that in surveys anyone who voted Labour said they trusted Joseph Muscat. But he was implicated in a murder cover-up that had engulfed the government’s agenda for two years. The party leader had reason to fear he would lose control over his fate. He had every reason to resist being pushed out.

A number of ministers in his government sat him down. They told him he had got to go. When they did so Joseph Muscat finally accepted his fate but he negotiated for himself an exit that would not humiliate him.

The Labour Party exited the worst crisis in Maltese political history with a smooth transition of power, consolidating its popular support, keeping together its leadership and emerging stronger from the crisis than the state it was in when it entered it.

I have no admiration for them. The smooth transition is in itself a lie and a collaboration in the cover-up of corruption and a murder. One can acknowledge the devastating efficacy of blitzkrieg without admiring Nazis. The Labour Party in 2019 needed to throw out its party leader and managed to do so in a bloodless coup.

The Nationalist Party is also in a crisis. The party leader is not involved in the cover-up of a murder and four-fifths of the party base does not trust him. It should therefore be easier to sit him down and find an exit which is relatively painless for the party and preserves the dignity, such as it is, of Adrian Delia.

Adrian Delia may have things to answer for but he doesn’t need to answer for institutionalised corruption, mafia infiltration, human rights violations and the assassination of a journalist. It should be relatively easier for him to step aside and allow himself to be replaced.

And yet the party is in a veritable storm and he alone is the cause for it. Well, almost alone.

Consider this resignation email from Robert Arrigo to his colleagues in the parliamentary group. I am reproducing it here, typos and emoticons and all to represent the intellectual calibre of the guy who was number 2 in the PN till yesterday. 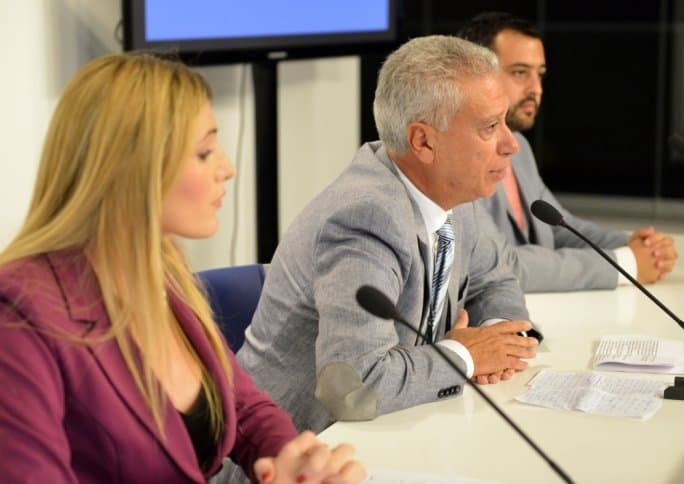 I ride on the leaked letter of therese. Anybody can leak this email. But please state my name as i dont hide under anonymity.

It is clear that the pg agenda was provoked by drip information to certain media.

Headlines saying that claudio grech report has gained ground, without this being shown or discussed at ammiistrativ or ezekutiv, confirms.

I heard pussyfooting of taking a step sideways, forward, or back. Its the language my 4 year granddaughter tells me after her ballet lessons.

For 30 dismal months, the pg has made everybody’s life miserable. No creation but destruction. Ultimately its a destruction of our party.

Nobody yesterday stood up , raised his/her hand, and state

I want you out, being 1/2/3/4 persons. We could have repeat the famous , well attended pg confidence meetings.

Therese is now clear. Tmexxija means all of us 4.

Therfore , i am announcing that i will step down from vici kap on the last planned event. The kunsill generali or the maratona, which is the latest.

I do not wish to shadow any subject.

Do continue your boycott of events, as this will acelerate the impossibility of the party to survive.

The foul mouthing of new candidates has already started too . Who else can the party attract?

This , my stopping,is in stark contract to others, who, in the past ran out, escaped ,leaving the party in shambles.

The gurus can move in, as they are talented and not mediocre as was told by claudio .

The aim to oust has now turned to destruction of the party.

I did not vote for adrian. The truth must be said. He is a humane, bright, intelligent person who had a tsunami against him. No wonder other leaders asked  him to contest . kunsilli, meps and general.certainly he is slow in deciding on difficult internal issues.

Clyde, so much hours put in .

David has his own way too.

Me, full of defects , ably aided by a crowdfunding mirage.

When you realize we paid up il palazz marbles for madum ordered by j saliba, when broadcasting licences were unpaid for 5 years{177k} . When prs payments never done , when 2008 election bills ignored, u will realize this is the tip of huge uncared of problems.

Hatred is now ingrained. All strata of the party are contaminated.

This pg has never asked the question, hey we are all here, what  are we going to do together to better results?

As a creator of ideas, succesful in every sphere of my life, what is see , is totally opposite.

Go ahead, take the party over, and make it work. It is so easy.

So much to say , but wish to restrain myself

Kindly do not call, or answer as my statement here is clear, blunt and readable.

Proud to be pn, and served 26 years from mayor to all sorts of jobs within. Proud to have withstood hatred from gonzi and austin,

Put in the freezer, and kept fresh …?

Robert Arrigo is reacting to a letter by Therese Comodini Cachia reported here by Times of Malta.

His letter reveals a man who almost alone understand the financial devastation of the PN but is one of many who does not realise that there is no turnaround for the party if it barely remembers what it exists for.

“Working hard” is not enough. You need to know what you’re doing and how you’re going to get there.

Kristy Debono now resigned the presidency of the party’s general council. She refused to do it when she was caught lying about asking money from Yorgen Fenech. But she has done so now.

Adrian Delia’s list of allies is getting shorter by the minute.

Previous:It’s not Jason that is standing alone after all
Next:Doorstepped outside the bunker