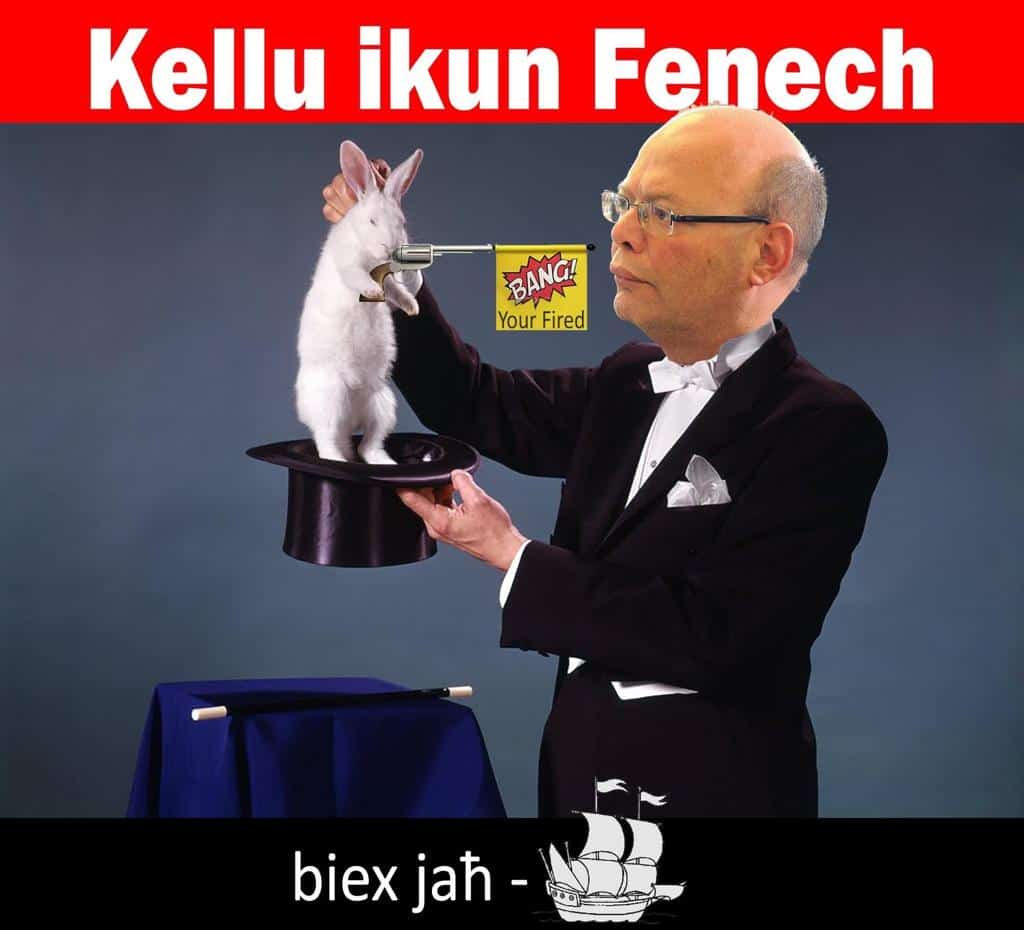 The contradictions in Lawrence Cutajar’s answers to Ivan Martin in the Times of Malta interview are damning.

He insists he only knew “il-Ġojja”, Edgar Brincat, superficially. He had not spoken to him in a long time, he said. He knew him from when he was a police inspector. He would be at the race course where Brincat is a book-keeper and they would shoot the breeze a bit.

Someone in a long career like Cutajar’s will know hundreds of people at that level.

Does he receive all of them at home to get their traffic fines cleared? Because Lawrence Cutajar is asking us to believe Brincat’s visit to his Luqa home was normal.

He asks more of us. He asks us to believe that he was aware of an intimate detail about this man whom he knew only superficially. He knew that Melvyn Theuma confided in him. This is not something that would be obvious to anyone but the keenest of observers. Brincat and Theuma weren’t business partners, say. They hadn’t been charged together for something they conspired in.

Even if for some strange reason in between chatting about the stud brought over from France who was winning all the races, Edwin Brincat had once told Lawrence Cutajar that Melvyn Theuma was some sort of ward of his, the former police chief’s “initiative” cannot be believed.

That’s because it relies on coincidences. He says he never sought out Edwin Brincat. Edwin Brincat showed up at his Luqa house spontaneously and apparently after a long absence. The pretext for this reunion? A traffic fine.

Then, a series of coincidences set in. Lawrence Cutajar remembered that his unannounced visitor was a friend of Melvyn Theuma’s. This, he says he thought, was the opportunity to get to tapes his investigators were – Lawrence Cutajar says – “panicking” about.

Panicking why? Presumably because they feared their loss or destruction. His investigators resisted their commissioner’s insistence that any raids for the tapes are delayed. But the police chief was the chief and he had had his way. Clearly he wasn’t panicking. Indeed, Lawrence Cutajar tells Ivan Martin he never feared the tapes would be destroyed. So why did he block the raids? Why didn’t he let his investigators go for them?

Why, instead of using the straightforward power of the law and barge in to collect the tapes, did he ask a friend of a friend for them?

Lawrence Cutajar’s answers match the answers of Edgar il-Ġojja Brincat in court yesterday. And they were given at the same time, by Cutajar in the interview with Ivan Martin given at Cutajar’s request, and by Brincat in his testimony in court.

The fact that both accounts match to the finest detail does not make them any less incredible. The fact is this does not make sense.

And the fact remains that Lawrence Cutajar put casual questions about crucial evidence in the most important crime of his entire career to a man he can only have spoken to about the subject because he knew he was protective of a member of the criminal conspiracy. Whether he did that spontaneously because in his head he was getting dictation from the crime-busting Archangel Gabriel or he had pre-planned the move and got il-Ġojja to see him at home, away from prying eyes, is frankly secondary.

Lawrence Cutajar interfered in a murder investigation in a way that would diminish its chance of its successful outcome.

The interview does not address a point that only came up in court after the interview had been completed. It appears from testimony heard yesterday that Lawrence Cutajar discussed with Melvyn Theuma a pardon for the latter. It remains unclear whether that discussion happened directly (Lawrence Cutajar denies any direct contact with Melvyn Theuma) or through il-Ġojja. But what the court has been told is that the discussion happened before Melvyn Theuma’s arrest.

It is also suspiciously convenient given what we would later observe.

When Melvyn Theuma was arrested, Joseph Muscat announced that he alone would decide on the “middleman’s” pardon application. And he did so, alone recommending to the president the pardon of Melvyn Theuma. ‘Recommending’ is a ceremonial term. The president must do what the prime minister asks him to.

But that methodology changed two weeks later when Yorgen Fenech’s application for a pardon came. Joseph Muscat took that application to cabinet and he took with him Lawrence Cutajar who briefed ministers on reasons why Yorgen Fenech should not be pardoned.

It is strange that even now we have people willing to jump between bullets and Joseph Muscat. Lawrence Cutajar did not yesterday seem in the mood to tell us. But, by any chance, did Lawrence Cutajar entertain il-Ġojja’s spontaneous visit to his Luqa home on the instructions of our very own Napoleon of crime: Joseph Muscat?

Previous:Vigil in Valletta on Tuesday 16th
Next:In the footsteps of bent cops