This post follows on earlier two posts on the accusations being levelled by Karl Stagno Navarra against Karol Aquilina. Read them here and here first.

This The Sunday Times of Malta report on an interview with Karol Aquilina brings up the story of a packet of cocaine mailed to Karol Aquilina at the PN headquarters. Karol Aquilina testified before the inquiring Magistrate on this and since then the police never spoke to him or anyone else about the find which he reported immediately. They kept it hanging over him though because perhaps the incident might prove useful one day. It didn’t only happen to him.

Knowing what we know of the police it is not hard to understand what is happening in the case of the video from the dash-cam. The video made its way from the car rental to the junior policemen involved in the motorcycle incident. The junior policemen will have had their phones or computers withheld by their bosses who are investigating him and others for over-time fraud.

That’s when the video would have made its way up to someone like Ian Abdilla. 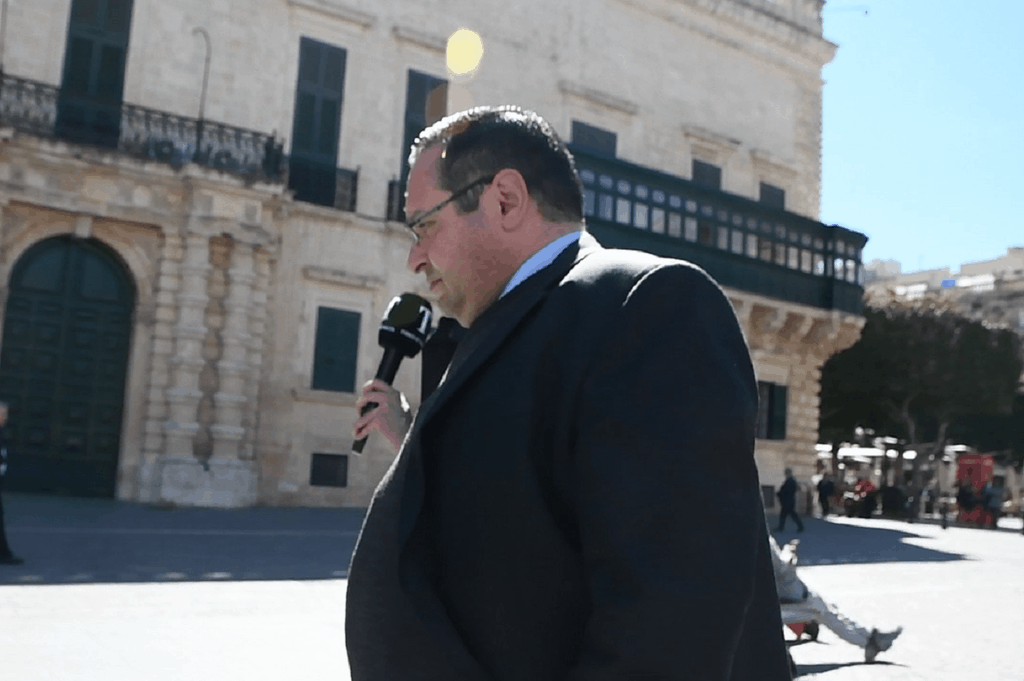 Ian Abdilla’s apparent function within the police force is to ensure that not too much attention is paid to the acts and omissions of the thugs in political power in Malta. A row of witnesses from within the police force testified in the inquiry into the killing of Daphne Caruana Galizia that reports handed up by policemen reporting to him containing evidence of serious crimes allegedly committed by people like Keith Schembri and Konrad Mizzi were frozen indefinitely on his desk. There they still lie.

Karol Aquilina had figured this out. As others had before him. In this December 2019 article on Times of Malta Karol Aquilina commented on an observation Matthew Caruana Galizia had made a few days earlier when he spoke to the public inquiry: “Ian Abdilla is known to actively communicate and exchange information with Keith Schembri and to leak information to journalists that is intended to cause damage to Keith Schembri’s perceived enemies.”

It seems to me that this is what is happening now. Just shy of the 1-year statute of limitations on a traffic offence, a video in the possession of the police shows up on the Labour Party’s TV station.

And what emerges is not evidence of a traffic offence but the groundwork for a trumped-up corruption investigation swirling within the maelstrom of the rancour and mutual accusations thrown about by police-officers of various ranks who right now are accusing each other of corruption like there’s no tomorrow.

Shifting this issue from a traffic incident to allegations of corruption would mean that Karol Aquilina would not merely have to answer in court that he switched lanes in traffic in a dangerous manner which he would be able to deny easily and walk away unharmed in no time at all.

Instead he would have to wait under the shadow of a corruption allegation for junior policemen charged with cheating on their over-time to negotiate some form of relief from the punishment they fully expect while testifying against people Ian Abdilla wants to harm.

It does not really matter if none of this could possibly stick. The harm would be done. And one of the leading national figures in the fight against corruption will have been undermined by having the charges he legitimately levelled against the Keith Schembris of this world, illegitimately thrown back at him.

But why do they want to do this? More soon.

Previous:Crossing a red light (2): What happened since then
Next:Joseph, the small god of Nadur