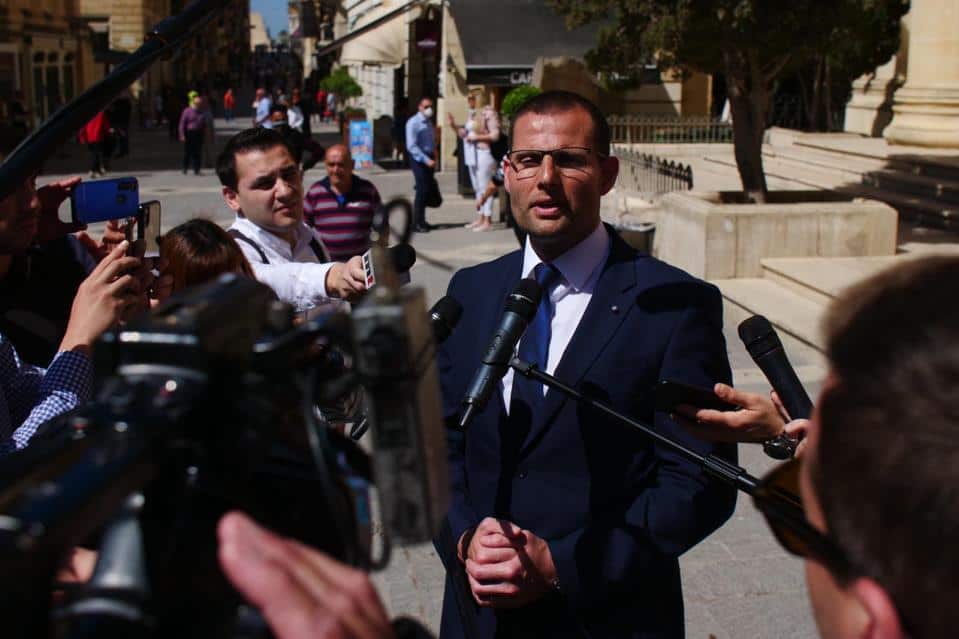 Magistrate Joe Mifsud’s report criticises Repubblika for not having verified directly itself the contents of the report it was making:

“It turns out therefore that before filing their report with the Police Commissioner Repubblika had not asked the Army, the Prime Minister or the Army Commander for clarifications. Nor did they verify the claims made on Twitter that were the basis for articles on The New York Times, Avvenire and The Guardian.”

This is not only factually wrong; it is also some more complete bollocks.

Several attempts were made by several people to get the army’s and the government’s side of the story. This emerges from the 45-page news round up in the magistrate’s report itself which, though extensive, is incomplete. Repubblika also filed a judicial protest a day before the reports were filed, making sure the prime minister was duly notified. He was.

The magistrate quotes The New York Times say on 9th April: “The Maltese government … did not comment on the accusations of sabotage.”

The magistrate quotes an Agence France Presse report of 12th April that referring to Italy and Malta says: “Neither country’s border authorities commented on the reported shipwreck when contacted by AFP”.

The magistrate quotes The Guardian on 14th April: “The Guardian has asked the Maltese navy for comment but the officials did not respond.”

Any other magistrate will have seen a pattern emerging here. These quotes do not refer to persistent questions sent from Maltese media and reported over 10 days of complete silence by the government and the army.

Just how is Magistrate Joe Mifsud expecting Repubblika to get answers or verifications through the wall of secrecy erected by the government and the army? The magistrate could have acknowledged that in this context, asking the authorities – who have the legal power to force out of the government and the army, answers they refuse to give anyone else – was the logical thing to do. But the magistrate was not in the mood for logic.

The magistrate develops his criticism of Repubblika for not having investigated itself the contents of the report before filing it, and says that:

“There needs to be a mechanism (in the law) to allow for steps to be taken to protect the reputation of all operators of the State”. The term “operator of the State” is not defined by the magistrate but he does include “members of the Armed Forces, Police or others on whom an allegation is made.”

“It is not right that we have ended up in this country with anyone saying what they like without being held to account when what they said turned out to be false or as it is called Fake News.”

Where do I begin?

So which bit does the magistrate want to punish Repubblika for?

And how does he want to punish Repubblika? He refers to the defunct article 252 of the Criminal Code which apparently the magistrate looked for to send Repubblika committee members to prison for 3 months to a year. But the article, like public flogging, hanging, the right to kill your sister if she has sex before marriage and imprisonment for debt or heresy, is no longer in our law.

Unless, that is, for the first time in the 5 years since Joe Mifsud has been appointed to the most protagonistic, self-indulgent, misguidedly active judicial career in living memory, someone in government decides to take his advice and bring back the criminalisation of thought and expression.

Consider this analogy: If I arrive home to find my elderly neighbour has been assaulted and robbed, my job as a concerned neighbour should not be to try to disprove what she is telling me, or investigate the facts she recounts. I should think I’m expected to simply report the matter to the police.

Magistrate Joe Mifsud seems to disagree. He is saying instead that when individuals perceive a crime or an attempted crime, they shouldn’t just go reporting things to the police. Silly upstanding citizens. They should do some proper investigating first.

In our scenario then, if the neighbour swears she thought she saw the boy next door hit and rob her, and I report this fact to the police, but later evidence shows she mistook the identity of her assailant, the magistrate argues that for reporting all my neighbour told me, I should be punished for suggesting the boy next door could have committed the crime.

This is a warning to all citizens not to cooperate with the police or they might get into trouble for doing so. Other magistrates have already covered this ground after Judge Giovanni Grixti tried to muddy the waters.

Consider how Magistrate Doreen Clarke had dismissed arguments by three government ministers that Repubblika did not prove there had been bribery and corruption in the hospitals scandal. The magistrate found that the law gave private citizens the right to ask for an inquiry but did not give citizens the executive power needed to collect evidence. Citizens cannot arrest or raid documents: that is what an inquiry is for.

A colleague from Repubblika, Robert Aquilina, handed the magistrate a copy of this decision, which he proceeded to ignore.

Magistrate Joe Mifsud is not too worried for the boy next door of our analogy. He’s interested in reports filed against people of political power or influence.

The real issue here is that the magistrate thinks it is wrong for anyone to express an opinion that is critical of “operators of the State”. No one, the magistrate seems to be saying here, can say a policeman or a soldier has acted illegally. And given the vague term he uses, he seems to believe no one can say a teacher, a nurse, a bureaucrat or a government minister has broken the law. No one can even make the allegation in a police report. Not without being sent to prison for saying so before quietly asking the person they are accusing if they mind.

This is not just insane because it is not unheard of for any state official to break the law. It is not merely insane because though we do not claim the right to bear arms to protect ourselves from our government, we at least have the right to “say what we like” as a defence against abuse of authority, and the magistrate wants to take that away from us.

It is insane because this “opinion” of the magistrate solidly confirmed a prejudice which is ingrained in the formation of his views. He not only presumes the innocence of state officials accused of a crime, which is his responsibility to do. He also presumes that state officials cannot be guilty of a crime and anyone who thinks otherwise should be branded a criminal.

There is no way a magistrate who thinks the law should empower him to send to prison civil society activists for the mere fact that they asked the police to investigate the prime minister and the army chief, could ever find any fault in a prime minister and an army chief.