The Easter Massacre Inquiry (8): A crime proven, but ignored

Whatever may be the cause that starts an inquiry, if the magistrate comes across evidence of another crime they are expected not to look away. As, in any case, everyone is, always.

If the crime they come across is too far removed from the subject of the inquiry and could prove a distraction, the magistrate can have another inquiry opened separately or they can send recommendations to the attorney general or the police.

Magistrate Joe Mifsud knows this, which is why his conclusions include specific instructions for further action on evidence and clues he came across. But more on that in a separate post.

The army chief Jeffrey Curmi testified that there were no private vessels near the migrants in distress:

“We made an arrangement with the office of the prime minister so they find other private vessels that would be willing to go out to save people’s lives. I can say we did this immediately and in quick time. By this I mean in a few hours two fishing vessels were found that were willing to do this work.”

Of all the thousands of vessels registered under the Maltese flag, the army and the government opted for a maltese fishing vessel crewed by Egyptians living on board the ship, berthed in Marsa and registered, recently, under the Libyan flag. The Libyan flag is not exactly the most reputable in the world and yet the Maltese owners choose it over Malta’s. This, apparently, is the best option the government found to replace its own fully equipped military assets. 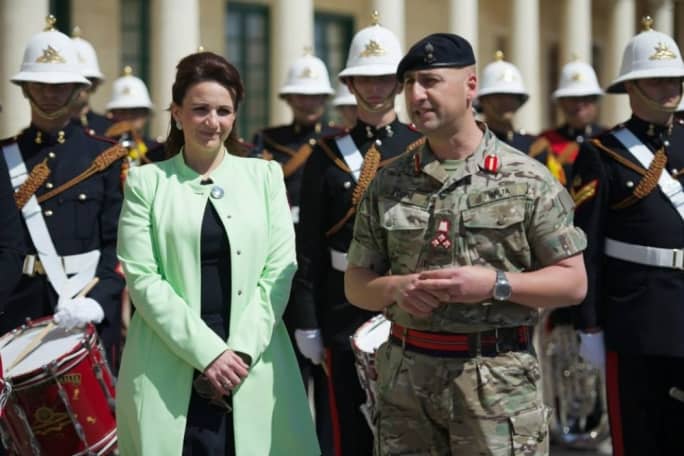 Brigadier Curmi is being disingenuous here. He does not say that he had known of the boat in distress almost 40 hours before his clock started ticking on his “quick time”. The boat entered Malta’s search and rescue area at 10am of 12 April. The Maltese authorities had advance notice of this because they had been getting news of the boat’s trajectory for some time. The fishing vessel reached the dingy at 2.30pm on 14 April.

The army chief does not say where his other boats were and what they were doing which was so important to force him to ask the prime minister to hire fishing vessels to do his job.

In any case, later Jeffrey Curmi testifies that “between 9 and 9.30 two fishing vessels went out. This means the government managed to contact and find private vessels that could go out there”.

Here’s a direct quote from the army chief:

“When the fishing vessel boarded the people, I was informed that the vessel reported that some people on the dinghy were dead. They told me there were 7 people dead. I gave instructions for the boat to take all the dead bodies. I was informed that after 5 bodies were loaded, the dinghy sank with two other bodies still on it. At that point the fishing vessel sailed towards Tripoli.”

The court expert asked the army chief who chose Tripoli as a destination. The army chief replied his army coordinated the rescue. Since Italian and Maltese harbours were closed because of the pandemic, the decision taken was for the boats to go Libya. The passive voice is in the original. The expert asked the army chief about the fact that Libyan ports were also closed because they were under shell fire. The army chief says he spoke to his counterparts in the Libyan Navy to arrange for a corridor for the arrival of the fishing vessel with the migrants on board.

The expert asked a pointed question to the army chief. “Were the private vessels engaged for rescue or for a pushback?” The army chief replied that “the priority was the rescue of people. Other things would come later.”

When testifying, Prime Minister Robert Abela told the magistrate that “the Brigadier asked that if there was more that needed to be done, he would coordinate with the head of my secretariat, and I would be informed.”

A court expert then interviews Charles Grech, owner and captain of the Mae Yemenja, the private vessel that shipped the migrants to Tripoli.

“We always got information on positions from the AFM… Our boat went to help on the last position the army gave.”

The expert asks Charles Grech “who gave you the order to go to Libya?” The witness replies “all our orders came from the AFM”.

Pushback to Libya, an unsafe country, is forbidden under international law, including the laws that the magistrate quoted extensively in one of his very detailed opening chapters of his inquiry report. This illegal act was ordered, as confirmed by several witnesses, by the army chief in coordination with the prime minister, both subjects of this inquiry.

It was conducted on the same boat where 12 people died and the operation included the handling of the bodies of the victims. It was specifically the set of circumstances that was the subject of Repubblika’s report.

But the magistrate did not take any action, did not make any recommendations, did not ask the police to investigate further. On the contrary the magistrate issues a blanket certificate to the government saying that all of Malta’s international obligations have been honoured. They haven’t. Quite the opposite Malta’s army negotiated what it describes as a “corridor” to navigate through war-torn Libya. That fact is glaring, conspicuous, obvious and manifest. And just as glaringly, conspicuously, obviously and manifestly it has been ignored.