It was moderately amusing to see Chris Cardona ignore the public pressure laid on him by his party leader Robert Abela and saying he still does not intend to resign the deputy leadership of the Labour Party. That’s in spite of Robert Abela saying that he was sure Chris Cardona would do the right thing by his party and ensure “he safeguard’s the party’s good name”.

Leave aside the inconsistency between Chris Cardona’s words and actions where last week he acknowledged there was no political future for him and this week he insists he should stay on as Number 2 in Malta’s largest political party. The thing that is most glaring to me in all this is Robert Abela thinking the Labour Party has a good name it needs to safeguard and that any of us should care for that.

A young Joseph Muscat, in what he must have thought was a bold apology, had branded the Labour government of 1981 to 1987 as the most corrupt in Malta’s history. Some young Turk in an as yet ungleaned future of the Labour Party will say the same about the Labour government of 2013-2019. Evarist Bartolo has been preparing that script, famously trying it out on Tim Sebastian some months ago.

The fact is the Labour Party’s name is eminently deserving of Chris Cardona. He fits in the character, the ethos and the history of the Labour Party as a 17-year old athlete from the favelas with a soccer ball stuck to the dorsum of his foot, a crew cut and a bronze tan would fit in the seleção.

Challenging Robert Abela for retaining his deputy leadership even as he’s implicated ever deeper in a murder conspiracy is eminently appropriate.

? What a shocker! Seamless continuity of #impunity, @RobertAbela_MT. How is this a party of ‘good standing’? It’s looking more and more like a criminal organisation. Are you happy with this, @PES_PSE @vonderleyen @EU_Commission ⁉️#JusticeForDaphne #TruthNeverDies https://t.co/aidHPV1IEe

Chris Cardona protests his innocence, as is his right. But the more he clings on to power he is the first to acknowledge he can no longer use to provide any public service, the more it is clear he needs that power simply to avoid arrest.

Don’t be fooled by the braggadocio confidence Chris Cardona projects. He’s as scared as anyone would be in his position. They all are. Sometimes they let slip how the pressure eats away at them. Consider this post from a few weeks ago by Keith Schembri’s wife and that’s before her husband was dragged again to a witness stand for the first time since that fateful 11 November of last year when he preferred to accept Simon Busuttil’s charge that he is corrupt than be made to answer questions under oath. 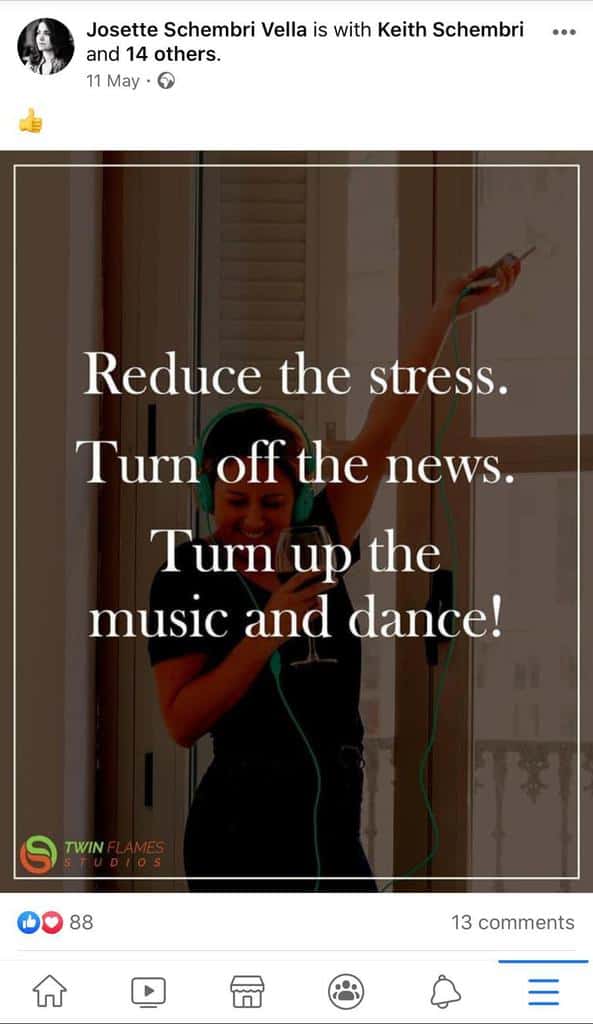 Inasmuch as Chris Cardona’s clinging to his seat as deputy leader of the Labour Party does not prove his innocence, resigning his seat would not do so either. His inadequacy as a political figure is not a question that is subject to debate. Even Chris Cardona himself stopped arguing his case that the country needs to continue paying for his alcohol-fuelled solo trips to motor-races while he crashes in luxury hotel suites a banana republic dictator would blush to book.

The only case Chris Cardona has left to plead is the extent of his involvement in violent crimes including but not limited to the assassination of Daphne Caruana Galizia. Whether he resigns the deputy leadership or not, changes nothing in the fact that the Labour Party placed him in a position where he would have been able to commit these crimes. 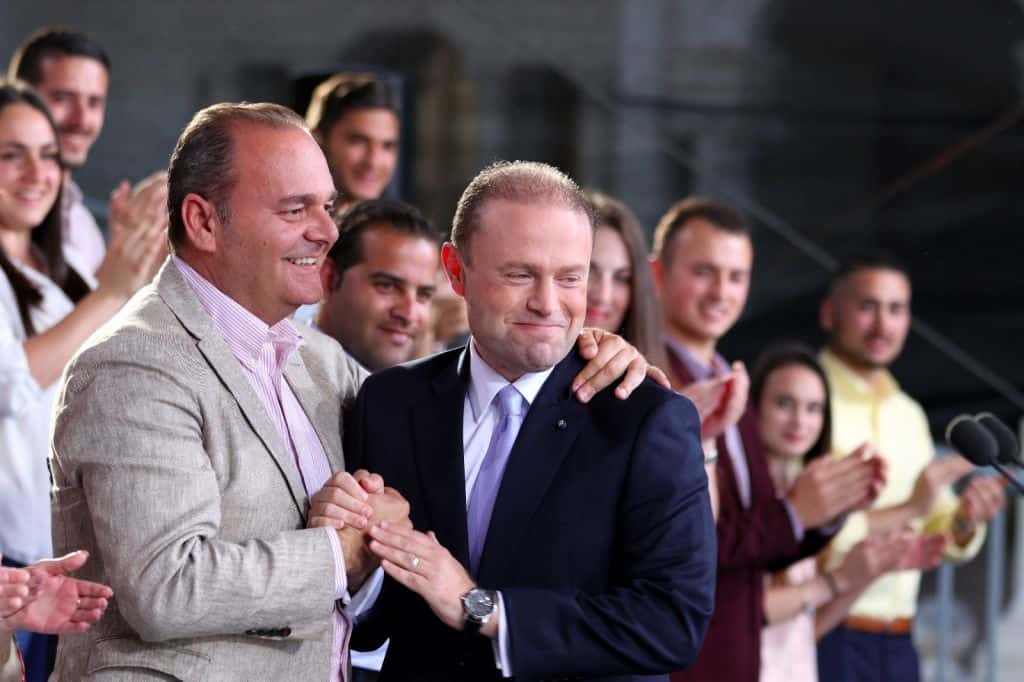 Our country needs to confront first the criminal culpability of this murder. But it must also reckon with the political culpability of a political organisation that has served and continues to serve as a front for a criminal conspiracy of corruption, profiteering, bribery and even murder.

When Alfred Sant cleared out il-Qaħbu, it-Totò and other violent types there was enough of the Labour Party left to survive that mass exorcism. How many deputy leaders need to resign before the country turns on the Labour Party and punishes it for erecting this mafia state?

Previous:Bartolo writes to MEPs to stop them asking questions on Easter Massacre
Next:What things may come