What things may come 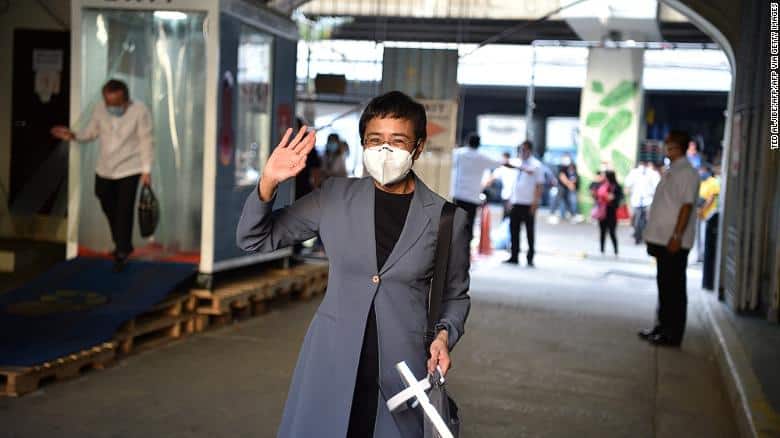 The conviction of Maria Ressa in the Philippines on charges of cyber-crime shows how tyrants in weak democracies will use the law to clamp down on criticism. Maria Ressa’s online news service has repeatedly exposed the true cost of strongman Rodrigo Duterte’s “war on drugs”, thousands of people eliminated in judicial murders suspending the basic safeguards and transforming the rule of law into the populist, and popular, will of the leader.

I had the privilege of meeting Maria Ressa in London when we were both speaking at a meeting of the Committee to Protect Journalists. Meeting her I could see why a vicious dictator responsible for some 20,000 violent deaths fears this unassuming, generous woman. In her calm, even speech there’s inspiring intelligence, indomitable energy and a fierce determination, smiling, twinkling and eviscerating.

Fortunately, unlike Maria Ressa, I wasn’t invited by the CPJ to speak about myself. I was there to speak about another unassuming, generous woman of inspiring intelligence, indomitable energy and a fierce determination.

I’ve often thought back at that brief encounter with this giant of global journalism, mostly because her vicious persecution often makes the global news as her recent conviction for cyber-crime did.

But recently I thought of her after something that happened here. Reading Joe Mifsud’s inquiry into the death of 12 people at sea over the Easter weekend I saw the man of justice groping in the statute for a law he could use to send Repubblika committee members to prison for daring to ask an investigation is conducted to establish whether the prime minister’s decision to go out and save them had something to do with their dying.

As it happened Joe Mifsud did not find a law that would allow him to do that, not in the existing statute anyway. He found an old, defunct law which, to his regret, has since been removed by parliament. He suggested it’s brought back in. Fortunately, that’s not up to him.

It is however up to the government he was protecting.

This is not new. Before killing Daphne Caruana Galizia, they tried all manner of things to seek to shut her up. Even an idiot could see that assassination was a matter of last resort. One of the things they tried on Daphne was opening tax fraud investigations and to get their party media to presume her guilty which, they hoped, would be enough to discredit her. Strikingly they did that to Maria Ressa in the Philippines as well. Vladimir Putin wrote that book but many have read it.

Expect more of this. All bullies are insecure. All tyrants cannot bear objectors. All political criminals are cowards. They will use the law to protect their illegalities and to crush those who point that out.

Speaking in London Maria Ressa told her audience that she felt the story of Daphne Caruana Galizia was a warning to her: that after the tax harassment and the trumped-up charges, if nothing else works they’ll have to kill her and her president is rather adept at that sort of thing.

And Maria Ressa’s story is a warning to us. Though like her, we’re not likely to heed it.