This cloud is darker than that 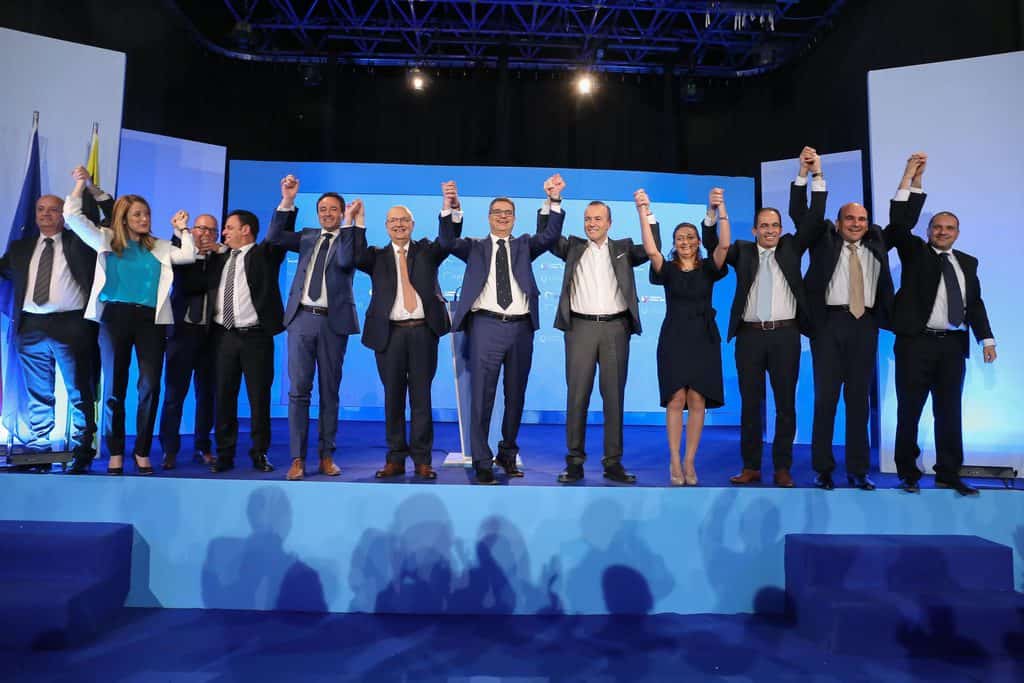 The Nationalist Party issued a short and sweet statement yesterday after what Melvyn Theuma said in court in the morning.

“With reference to testimony given today in Court, the Nationalist Party makes it clear it has never received any offer, much less a payment, to undermine the candidature of any one of its candidates for the European Parliament election or in any other election. The Nationalist Party has always and will continue to deny this allegation most categorically.”

So that’s that then?

But ‘all concerned deny any wrongdoing’ cannot be the end of a story like this.

To begin with, we don’t quite have all the denials we have a right to expect. The Nationalist Party denies it but there are other figures that have been mentioned in this context.

Firstly, the allegation concerns the corrupt practice of paying money in order to have one candidate overtake another in an election. This morning I got a call from Peter Agius, one of the PN’s unsuccessful MEP candidates in May 2019. He told me he was angry at my question yesterday whether any candidate got this money for their campaign.

Peter Agius told me he took unpaid time off from work, spent every penny for his campaign out of pocket with the negligible exception of token fees charged at coffee mornings, and turned down offers from ‘sponsorships’ just to stay on the straight and narrow. Why should he be tarnished with this allegation?

I’d clock that as a proper denial. But he’s just one candidate of many.

Perhaps he should. And perhaps he should keep in mind how his financial standing, reputed to be as dry as a camel’s fanny, does not help his case. To steal the side-splitting witticism by Jacob Borg, while everyone was working from home because of Covid-19, Adrian Delia was homing from work.

Some made the effort of being generously sympathetic because of his desire to continue working without disturbing his elderly parents’ isolation. He was far from the only one in the situation of having to move out of their relatives’ home because of their vulnerability but most people did not get an okay from their boss to use the office couch for conjugal visits.

The problem with Adrian Delia’s pathetic lack of credibility is a situation just like this. When someone alleges that a pile of cash went in the direction of the PN, and the PN says it never got the money, the question everyone asks is whether Adrian Delia gets to keep the key to the party office letter box when the last employee leaves and he stays in his office to cook dinner for his girlfriend on a camping gas fire and plump the cushions for the night shift.

By getting someone else to answer ‘categorically, no’ the question is not going to go away.

The last survivor of the thinned-out crowds of Adrian Delia supporters take comfort from the fact that Karl Stagno Navarra has taken up the charge on this issue. Karl Stagno Navarra has the distinguished quality of being considerably less credible and considerably less financially sound than Adrian Delia. And that’s saying a lot. On Karl Stagno Navarra it is not just tongues that wag. He’s been chased by court orders and executive actions on his multifarious debts and though I have no intention of asking where he sleeps, I would not trust him with a pile of cash either.

He’s also known to lie and spin facts beyond recognition. In the trade there’s a term for that sort of bumbling chicanery: “Karlata”. Indeed, Karl Stagno Navarra lends his name to low level lying in the way that Hoover gives its name to sucking up dust. Which allows the mindless optimist in the remaining support base of the PN to be comforted that the story is fiction, simply because Karl Stagno Navarra says it isn’t.

But the boy who cries wolf is not the only one crying that Yorgen Fenech offered or paid the PN money to kick David Casa downstairs.

We first learnt about this story from the now PN MP David Thake. A year ago. I’ve spoken to him this morning and asked him if his source of the story that Yorgen Fenech paid a sum in cash to have David Casa’s campaign undermined was Melvyn Theuma. He told me it wasn’t. It wasn’t Karl Stagno Navarra either.

Even so, let’s think about Melvyn Theuma’s statement in court yesterday.

Why would Yorgen Fenech tell this to Melvyn Theuma if this was not true? And more importantly perhaps, why would Melvyn Theuma invent this story and lie about it in court when it helps him in no way whatsoever? Melvyn Theuma is warned every time he shows up in court that being caught in a lie could cost him his pardon and land him in jail for life. Of all lies that he could feel compelled to spout, why do it on such a relatively irrelevant side show?

The Nationalist Party needs to do better than Chris Cardona and Silvio Valletta and Lawrence Cutajar and Sandro Craus and Kenneth Camilleri and Keith Schembri and so on. It needs to do more than issue a ‘categorical denial’ which leaves hanging an infinite number of questions.