What’s with this guy? 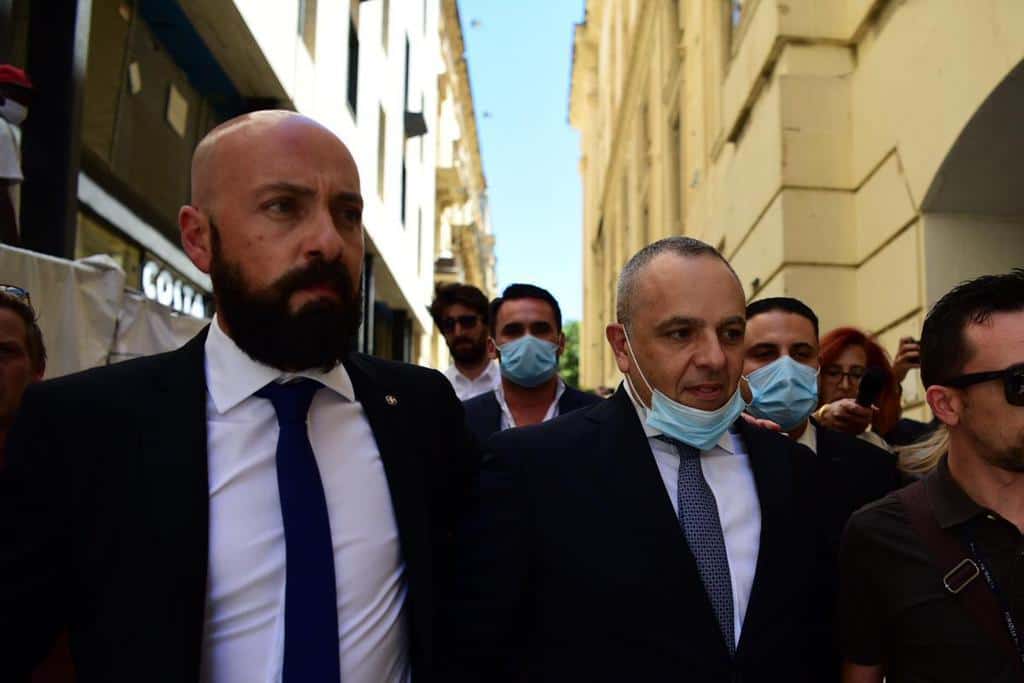 Neville Gafà remains one of the enduring mysteries of the Joseph Muscat era. These days we mostly see him flanking Keith Schembri when the corrupt, thieving bastard is dragged to court to answer questions that risk exposing him for being worse than that.

I watched Gafà testify in open court before the covid crisis and he said he only spoke to Keith Schembri about football. I can only picture their chat about Manchester City’s league prospects next year after Kenneth Camilleri declined to answer questions in the compilation against Yorgen Fenech after the police asked whether Keith Schembri had sent him to kill Melvyn Theuma.

Then there’s the other mystery streak about Neville Gafà. He claimed in court last February that “he saved thousands of lives” by tipping the Libyan coast guard to drag migrants escaping the hell that is that country back to the Libyan shores.

The fate of those migrants “saved” by the Libyan coast guards has been the subject of investigations by l’Avvenire journalist Nello Scavo.

So Neville Gafà, on Twitter, has been treating Nello Scavo the way he used to treat Daphne Caruana Galizia: with threats. Hollow attempts at intimidation that you would intuitively want to dismiss as the ravings of a delusional lunatic with a chronic over-estimation of his role in this world and his ability to cause harm.

Stop your dirty business. If not, we will be stopping you.

But there’s a nagging feeling that there’s more to this than bluff. Why is Neville Gafà such a passionate spokesman for the Libyan coast guard? Witnesses who manage to escape Libya tell frequent stories that the coast guard sells migrants as slaves, wrongfully imprisons them, and inflicts on them pain and anguish that would be unacceptable by any human standards.

I do not want to make officials of the Libyan state cartoon monsters and enemies. Certainly there’s nothing inherently evil about being a Libyan coast guard. But the state there is weak, controls are non existent and abuse is rampant.

European governments prefer to look away from this because whatever happens to the migrants, the Libyan coast guard keeps them away, and that’s exactly what they need them to do.

But why is Neville Gafà so keen? He’s no longer a government official. Robert Abela disowned him at the Joe Mifsud inquiry into the Easter Massacre.

Why does Gafà take up this cause and go this far for something he has nothing to do with? Why does he threaten journalists who look into the conduct of the coast guard of the government of another country? What does he have invested in this?