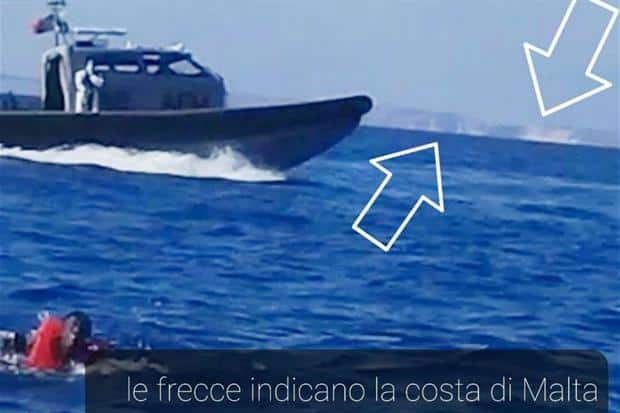 Human rights NGO Amnesty International denounced the Maltese government accusing it of “illegal tactics” in the Mediterranean to prevent the arrival of immigrants making the dangerous crossing from North Africa.

Amnesty International’s statement of today says that “The Maltese government has used dangerous and illegal measures to deal with the arrivals of refugees and migrants at sea. This tactic includes organising illegal pushbacks to Libya, pushing boats onwards to Italy rather than rescuing people in distress, and illegally detaining hundreds of people in ill-equipped ferries off Maltese waters.”

In a report published today the international NGO said the signing of an agreement between Valletta and Tripoli at the end of May to prevent people from reaching Malta “has further exposed migrants to brutal treatment upon their return to Libyan refugee camps.”

In damning observations the NGO said that “some of the measures taken by the Maltese authorities may have resulted in criminal acts, resulting in preventable deaths, prolonged arbitrary detention and illegal returns to war-torn Libya.”

Amnesty International recalled that in April, Malta and Italy closed their ports to migrants, with the two countries citing the coronavirus pandemic and their need to focus their forces and resources to fight the disease on their respective national territories. Since the start of the year, Malta has received 2,161 migrants Amnesty recognised that “the resources and efforts required to welcome such numbers are undoubtedly considerable for such a small country.”

This effort, however, does not exempt Malta “from the responsibility of designating a place of safety for those rescued under its coordination.”

Previous:If the government does not cancel the Electrogas deal, we’ll have to do it
Next:LISTEN: Interview with Kenneth Rijock: “Fear and Loathing at the Door”