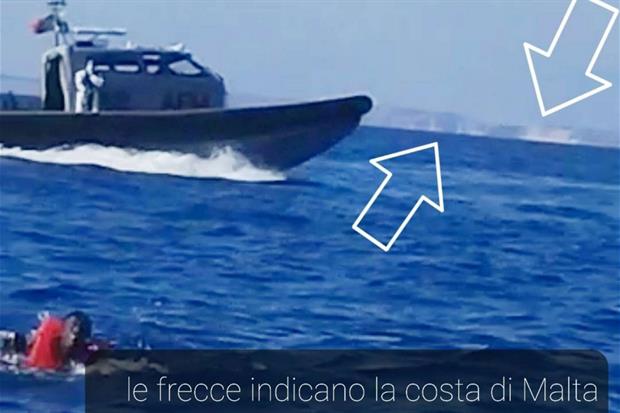 Photos and videos published today by Avvenire and The Guardian show military operations conducted by the Armed Forces within sight of Malta’s coast where migrants were allegedly threatened and forced out of Maltese waters and put on a route to Sicily.

The press reports quote multiple sources say that AFM soldiers threatened migrants with a push back towards Libya where they would be imprisoned. After they got these threats, migrants jumped overboard to try to swim ashore or die in the attempt. But, the reports say, in one case AFM soldiers provided the migrants with a new motor and chased them out of Maltese territorial waters in the direction of Pozzallo, in Sicily.

The reports say the photographic evidence has been matched against the testimonies of survivors as well as information from the departure point in Libya and the ultimate landing point in Pozzallo.

The photos show the Maltese coastline in the middle distance which means that the operation was conducted within Maltese territorial waters. This is not just Malta’s search and rescue area of responsibility; it is Malta proper where the Maltese authorities are obliged at law to bring anyone in distress on land into Malta. Instead, the reports provide evidence that the AFM illegally forced, threatened and cajoled migrants to leave Malta and go to Sicily. 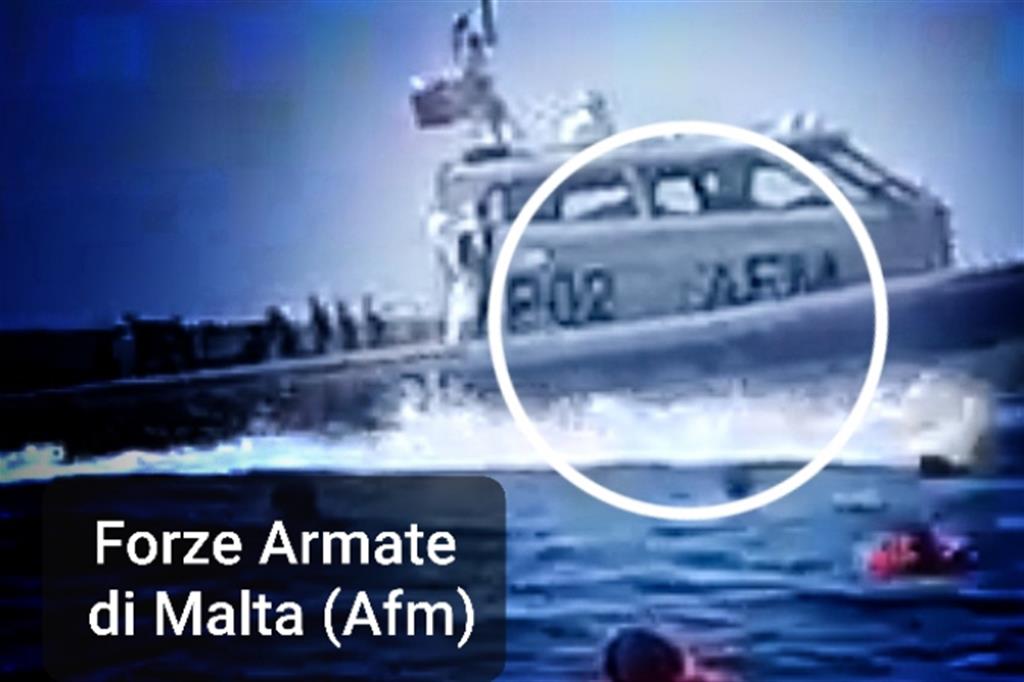 The evidence emerged after the migrants were released from compulsory quarantine for Covid-19. A young man from Sudan said that “when we left Libya we came across large commercial ships that ignored us. On sunrise of the third day at sea we saw Malta. We were happy and everyone was shouting in relief. A ship that looked Turkish – it had a red flag with a star and moon — came close to us. One of the crew used a megaphone to tell us we got to Malta. They came down from their ship and came close with a small boat and they told us again we were in Maltese waters. They told us to sail on for 30 minutes to hand ourselves in. We asked them if they could take us aboard their ship but they said they couldn’t.”

The photos published by the newspapers suggest they were taken well within the 12 miles of distance from Malta’s coast that define Malta’s territorial waters. That means the migrants were already inside Malta and could not be pushed away. The motor seen in the photos of the boat the migrants were on – a Chinese 60hp Parsun Power — had barely survived the 400-kilometre journey pushing 6 tons of load. But the boat arrived in Pozzallo with a Yamaha 40hp motor. 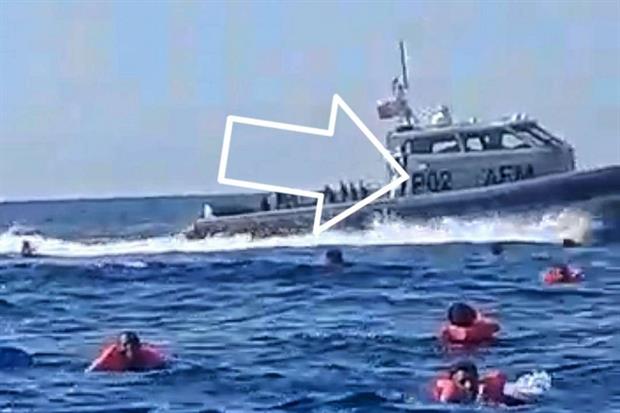 Witnesses told NGO Alarmphone that “when the military ship came close they threatened us with weapons. They told us we must go back to Libya. Many of us jumped in the sea. None of us wanted to go back. We could see the coastline and a bit earlier a white boat had given us life jackets.”

A video published by the newspapers shows the Maltese AFM boat turned the engine back on while migrants, many of whom are unable to swim, screamed in panic.

The footage shows no attempt at rescue was made by the AFM. Instead the military made an effort to ensure no one managed to swim ashore. The witness said “some of us had never seen the sea before. They didn’t know it was salty. The noise of the Maltese boat scared them. The boat came close to them forcing them to get back on the dinghy. Some of us struggled in the wake of the AFM boat.”

Alarmphone has criticised the AFM manoeuvres describing them as dangerous.

The story belongs to migrants on a boat that left around the same time as another boat where the AFM allegedly sabotaged the motor and eventually brought those passengers in. Another boat was pushed back to Libya on the Maltese government’s instructions.

The new reports say that after a period of intimidation, AFM crew used ropes to help the migrants still in the water to get back to their dinghy. A witness says an AFM soldier said “Malta has been hit by a serious illness. Maybe you haven’t heard of it: it’s called Coronavirus. Our harbours are closed. You can’t come in”.

On the migrants’ insistence, the AFM handed back to them their GPS equipment but the AFM set the direction on the GPS to 0.0, aiming north straight to Sicily.

When the migrants attempted to restart their Parsun engine, it would not start, probably because it was damaged during the ‘operation’. When this happened, the witnesses say the AFM supplied them with a replacement Yamaha motor and 60 litres of fuel. The AFM are also reported to have given the migrants some bottles of water. 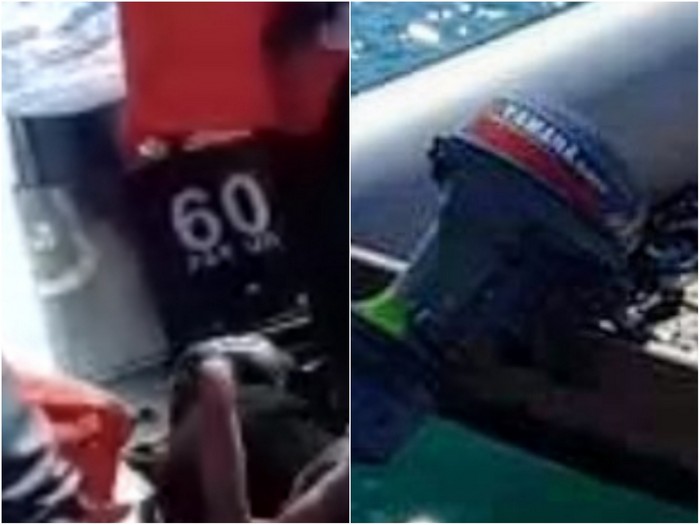 A young AFM soldier is reported to have told the migrants before they left: “I was sent by the government. I’m saving the lives of people in the Mediterranean Sea. We don’t want to kill you. We don’t want to harm you. We’re not threatening you. But if you follow us towards Italy, we will save your lives.”

The witness said “we did what they told us. They gave us a compass in a wooden box and told us to go straight North until we get to Italy”.

The next day, Easter Sunday, they arrived in Italy.

The fate of the passengers of another boat that left with them the previous Thursday but would not be picked up before the following Wednesday would be different. Twelve people would die. The rest would end up back in a concentration camp in Libya.