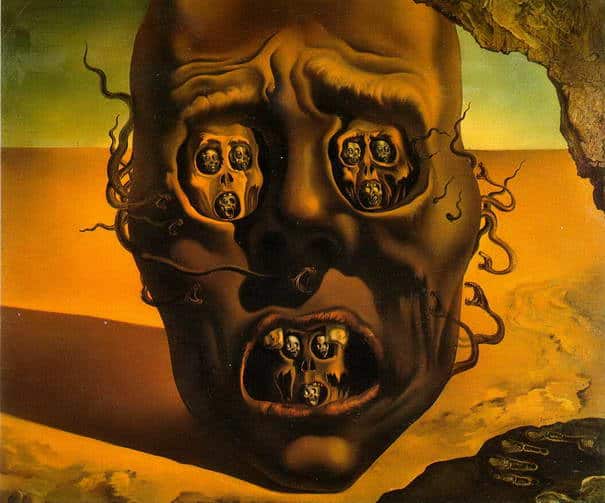 For weeks now, I’ve had that lingering sickly feeling which just won’t go away. Sartre uses the term ‘nausea’ to describe that sense of dislocation when you realise life is fundamentally meaningless and absurd. In Malta, the absurd has long since become the accepted normality. The head of the Hate Crimes Unit commits these crimes himself. The man accused of wanting Daphne Caruana Galizia dead is supposedly under investigation while free to lose as many phones as he likes. The Prime Minister of Continuity refutes the fact that his disgraced predecessor was questioned under caution and thus denies the glaring truth: that Joseph Muscat is under suspicion for his role in Daphne’s horrific and meticulously planned assassination.

Nausea, that constant sense of revulsion which has become a daily waking reality. And if it feels like that for me and you, then think of Daphne’s family who go between the public inquiry and the compilation of evidence against Yorgen Fenech in the same cramped courtrooms with little, if any, time to breathe. Before and/or afterwards, as Helene, Daphne’s youngest sister explains, members of the family cross over to the protest memorial, a hair’s breath away:

The bay tree – symbolic of Daphne and symbolic of the fight for justice – was stolen just as hundreds of items have been stolen or removed from a site of protest which has a legal democratic right to exist, highlighted by last January’s court case which left Owen Bonnici guilty of violating human rights. This wasn’t, it seems, sufficient to see him removed from his position as Minister of Education, entrusted with teaching our children right from bloody wrong. It wasn’t enough to stop the protest-memorial being cleared again recently to make room for the celebration of victory by this inglorious Republic.

Democratic rights are stolen yet still the thieves remain. And some of these thieves are murderers. This has been clear for a long time and the blood keeps dripping out with every gruesome detail revealed in the law courts opposite the protest-memorial that stands resiliently, quietly insisting that there must be justice.

Nausea, for Sartre, is the impact of life’s meaninglessness assaulting our senses. And there is a stomach-turning sense of nothingness in it all as we’re bombarded by government ministers, public officials, police commissioners, police officers, financial crime investigators who tell us it wasn’t their fault, they can’t remember, what could they do in the face of ‘economic hardship’ having nobly relinquished their fat European salary. There is a repugnant dearth of meaning in people who insist they looked the other way, they didn’t poke their noses into the ‘kitchen cabinet’ or ask questions that might (might?) have caused ripples in the backstage corruption show. There is a sickening absence of meaning in listening to one after the other refusing to take any responsibility in a country where a journalist was murdered for doing exactly this.

The lack of self-awareness, the oblivion to how one’s actions and/or inactions come across when they’re spelled out and interrogated, the lack of remorse from all, not only Yorgen Fenech, is nauseating.

If you need a compare and contrast, Daphne Caruana Galizia was assassinated for doing the right thing, for holding criminals to account, for refusing to kow-tow or take advantage of the spoils of the corruption she unearthed. She didn’t shut up and she didn’t turn away when she could see the ghastly roadmap being unfurled before her eyes. She didn’t take bribes or pocket any profits from deals designed to rape Malta of all its resources – safety and security, healthcare, education, culture, the environment, heritage, history, financial institutions, and those most basic services that, in the 21st century, we’ve come to rely on, gas and electricity.

Only last week, Inspector Zahra told the court that the police believe Daphne was killed because of something she was going to reveal about Electrogas. This is chilling, even for those who may have suspected it, including, and most of all, her family. Her oldest son, Matthew, who, despite facing the immediate aftermath of his mother’s brutal murder, is so vociferous and meticulous in his fight for justice, was working on thousands of leaked Electrogas documents with his Mum when she was assassinated.

Two minutes after Zahra’s statement, we discover that Konrad Mizzi, whose name has been uncannily absent in relation to the murder investigation, directly intervened when Electrogas failed, nay refused, to pay their monthly excise duty. Mizzi’s magic wand ensured that Yorgen Fenech and his greedy shareholders got their way and Enemalta had to foot the bill for Electrogas’ breach of contract, leaving taxpayers with an excise tax burden of over 40 million euro. The deal was clinched 11 days after Daphne’s assassination.

And Mizzi’s generosity didn’t stop there. It was a free-for-all bonanza down at Projects Malta. No price too high, no direct order too dirty. Projects Malta: the vehicle for Vitals and the sale of ITS land to the db Group with a government guarantee of unhindered sea views. And which self-respecting bank wouldn’t give Mizzi a letter of reference to open up an illicit offshore account? Exercising caution would have been the preferable option and was indeed used by the recently retired Attorney General in order to stall money laundering investigations into the ‘suitable person to satisfactorily operate a bank account’.

While Konrad Mizzi begged Alfred Camilleri to ‘look me in the eyes and say I am not involved in anything’, protests were happening right outside which led to Mizzi’s resignation, that of Keith Schembri and, after a prolonged 6 week period jetting between Dubai and London, the final departure of Muscat from his official role as Prime Minister because, let’s face it, the Man of the Year in Organised Crime and Corruption hasn’t strayed too far.

There’s still time for a quick stroll to the police station with Pawlu Lia, that protection thug parading as a lawyer. Standing outside all innocently and fresh back from his luxury holiday, all that sun had scorched a line right down his forehead, red-raw and angry like the sign of the Beast. Being dragged along to the police station is nothing, Muscat smirked, and Abela, King of Continuity, plays along with this. But you can’t mess with being questioned under caution when anything you say may be used as evidence in court.

The court, where he may bump into the Justice Minister, Edward Zammit Lewis, who, like Muscat and Schembri and the disgraced – because everybody’s disgraced in this country – leader of the ‘Opposition’, Adrian Delia, was busy sending WhatsApp messages to Yorgen Fenech. Nothing to see here, says Abela. Move along.  After all, we’ve got a brand-new female Attorney General now, one who colluded in the corrupt Electrogas deal, cited as the reason for Daphne Caruana Galizia’s brutal assassination.

Meanwhile, those demanding justice for a heinous crime committed in broad daylight are expected to wait, to watch as the blood-stained pieces of the macabre puzzle fall into place, pieces that some had put together long ago.

It’s nauseating in its truest sense, but meaningless it’s not. The actions and behaviour of the many who participated, directly or indirectly, in the assassination of a journalist reflect the banality of evil. The bureaucrat who keeps his head below the parapet. The ‘yes’ men who, in keeping with Malta’s code of amoral familism, thought only of their paltry position and its accompanying salary. The ever-proliferating ‘persons of trust’ who sat at their newfound desks and giggled as they played cat’s cradle.

What we’re left with is an over-saturation of meaning, a macabre whodunnit in which everyone’s involved. We’re confronted with the true workings of a mafia state laid bare and the sight of criminals walking free is as ugly and as nauseating as you get.