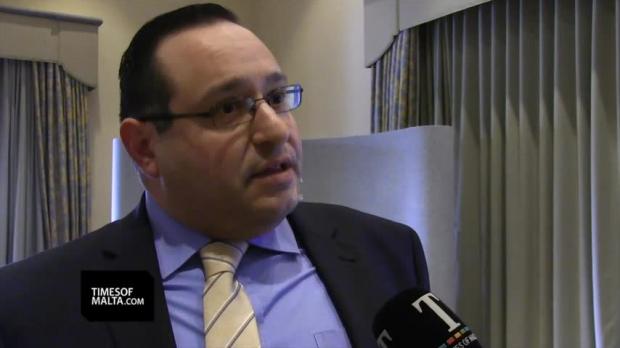 The Government Gazette says today that Ian Abdilla, the senior police officer who sipped coffee while Ali Sadr Hashemi Nejad whisked the evidence out of Pilatus Bank, is to get a medal for service to the nation.

Daphne Caruana Galizia, killed in the line of duty, has not yet been recognised by the State, although from what I remember of her she would have rolled up an offer of a national decoration from this government and told them to stuff it where the sun don’t shine.

Last July Ian Abdilla whimpered, grovelled, and squirmed in front of the Daphne Caruana Galizia inquiry board. They gave him a tongue-lashing the likes of which few other witnesses got.

“How could you not do anything about the Panama Papers! How could you not send for Keith Schembri and the rest? We seem to be living in a parallel universe,” Judge Abigail Lofaro famously told him in open court.

Right. He’s living in a parallel universe where he deserves a fucking medal and we’re stuck in the wrong universe watching this travesty.

Ian Abdilla let criminals get away, covered up for corrupt politicians, became the representative embodiment of the dysfunction of this country’s institution, the almost comical inadequacy of the police, and the preservation of the impunity that killed Daphne Caruana Galizia and robbed us of our country handing it to the mafia on a silver platter.

Here’s another one I must tell the president tomorrow at his national unity conference. If the State considers that it should recognise and reward Ian Abdilla but that it is too early for the State to get off the fence about whether Daphne Caruana Galizia should be recognised then, Sir, you can stuff your national unity.

Previous:Court denies appeal by contractors guilty of shoddily building a wall that killed a man
Next:Racists say it: TVM always covers them. Why waste time on extremists like Repubblika?

How retired One TV anchors saved the planet from climate catastrophe