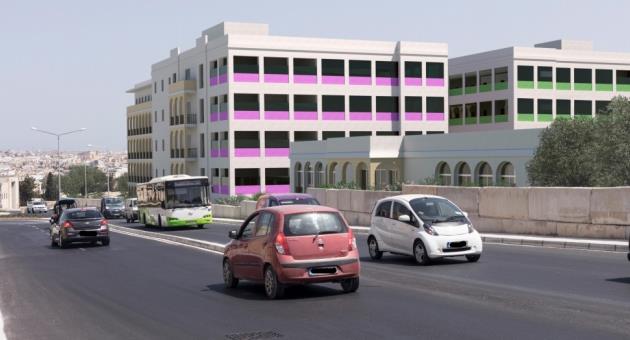 Look, I appreciate that this scandal-a-day decade must have desensitised even the most fragile flowers. It’s become very hard to be shocked anymore. And we worry that frantic indignation makes us look uncouth. The thing to do is not to flinch and to give an aloof air of dispassionate normality.

What’s another illegal contract, another auditor’s report denouncing egregious breaches of procurement rules, another minister in the midst of a scandal that should have ended their political career ages ago?

I think it’s important that we put this into scale. It’s not just a matter of saying this is bigger than Tonio Fenech’s arloġġ tal-lira. The €275 million-euro SVDP scandal is of such staggering proportions people should be apoplectic right now.

The problem is most people don’t understand what €275 million are. I know I don’t. Not very clearly. Most people cannot tell €2.75 million from €275 million. Granted, they understand it’s “a lot” of money. But at some point, it becomes too vague and frankly, meaningless.

Where’s our problem here? As ever, impunity. The press revealed the scandal months ago. The Auditor-General was asked to investigate by the parliamentary committee to which he reports. To describe his report to the committee as grim reading is like describing Moses’s tablets as a little heavy.

It is not the first time the Auditor General used this sort of language. His ITS report and his Electrogas report were both utterly damning.

Now, what happens? Have the police and the prosecution service opened files to prosecute those involved in this swindle? Not that we know of. Has the Parliamentary Opposition initiated a storm of pressure and criticism? Not that we’ve heard. Have Ministers resigned and has blame been apportioned? No.

Robert Abela expressed regret for the ‘mistake’ that the memo for the approval of the project did not go to Cabinet. There’s so much wrong with that.

First, the prime minister wants to suggest that all this was just a little procedural error. This wasn’t a procedural error. There is no legal justification under procurement rules for the building of the extension to have been commissioned by direct order. So the fact that Cabinet “did not approve it” was not a “mistake”. It must have been part of the cover-up in case someone needed to be blamed.

If Cabinet does not discuss a €275 million project, what the bloody hell does Cabinet talk about every week? There aren’t many projects bigger than that. If €275 million is too small for our Ministers to get out of bed, they might as well stay in it, with their lawfully-wedded spouses, their life-partners, their one-night stands or whatever.

Second, the prime minister gaslights us. The elderly at SVDP now have a comfortable extension. Be that as it may, prime minister, but the country wasn’t given a choice between the extension built without a competitive tender or no extension at all. Things the government builds are supposed to be for public benefit. The government is legally bound to build things after a competitive tender. No one ever told us we’ll only get a school or a hospital if some crony gets the contract to build it.

Third, the gaslighting becomes particularly spectacular when Robert Abela “visits” Saint Vincent de Paul Hospital just to shit on any objections to the corrupt way the building was erected.

Fourth, beyond the procedural fuck-ups, what we have here is a direct order given to James Barbara and Silvio Debono. Why? Because they’re the last building contractors and food consultants in the entire European Union? No. I submit it’s a fair assumption that it’s because they fund the Labour Party and guaranteeing them this contract was a way of repaying them.

Again, I submit that it’s a fair assumption that the fact that the Nationalist Party Opposition is not screaming blue murder standing on those green swivel chairs gripped by manic fury is, quite possibly, the product of the moral ambiguity that makes them reluctant to take the high moral ground, lest donors are alienated or voters are shaken out of their coma. Because Adrian Delia may have been pushed to the periphery but the thesis that ‘objecting to corruption does not win elections’ remains very much at the centre in Pietà.

In the absence of evidence to the contrary, and without seeing government and opposition doing their respective jobs with real and genuine zeal for propriety, we cannot but surmise that they’re in the pockets of these four-foot-tall tycoons. Or if they aren’t, they want to be.

The police don’t act. The prosecution service doesn’t act. The opposition barely mumbles. The ministers don’t resign. The prime minister “apologises” only for staining the public’s shirt, having just seen them robbed of a quarter of a billion euro at knifepoint and the knife went more than an inch deep. 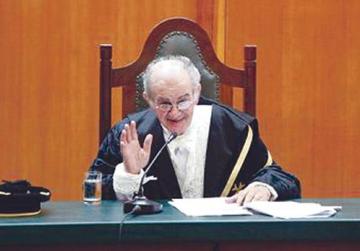 Consider the supreme irony in all of this sewage of retired Judge Philip Sciberras’ (I’m not going for that emeritus malarkey with this guy because ‘merit’ is part of that word) vomit this morning saying that campaigners and politicians demanding justice in this country – specifically naming Roberta Metsola and David Casa – should be cast away as waste.

The hatred he mouthed was surprising even coming from someone who has made a habit of justifying the Labour Party and its dark, rotten history. There he was slobbering over yet another iced bun handed to him by his beloved Labour Party because he’ll continue sucking up and cashing his rewards until he risks choking on his hate and keeling over in one of those new SVDP extension wards.

There he’s been, this self-declared patriot, since 2014 overseeing a public hospital being extended on the back of a contract awarded directly to some good old boys without any justification, except for the stench of corruption that wafts all over it.

How does he square this shocking scandal with his patriotism? Philip Sciberras cannot blame the Cabinet because apparently, they didn’t even know. But did he know? Is he going to say he didn’t? Someone must have known what was going on. Sweet deals don’t cook themselves.

Of all things, Philip Sciberras was a judge. How does he judge this? Would it have been ok if Cabinet approved a contract the Auditor General found was illegal?

Philip Sciberras could say he’s responsible for policy not the actual building of the hospital extension. Is he though, along with the rest of the Board? Is he responsible for the policy that we should encourage active ageing in the community, and therefore less institutionalisation in government-funded private services and at SVDP? Or does he recognise that more elderly people have a choice between checking themselves in or languishing below the poverty line or on the edge of starvation? 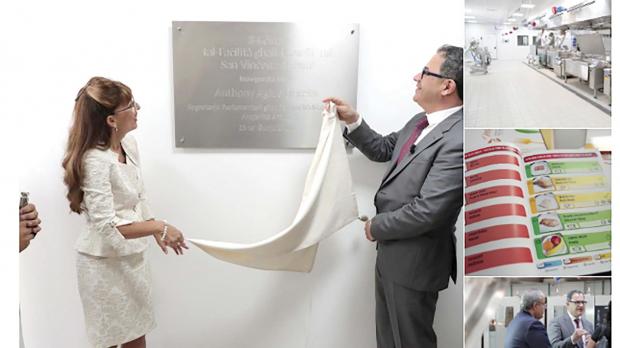 Speaking of starvation, residents at the new SVDP don’t even get the chance to look forward to eating food from a kitchen that cost €4 million to build. Someone somewhere justified this expense and spending €60 million over 10 years to buy the food that comes out of it. Until it was no longer needed and then it just stayed there while James Caterers wheeled their slop on the way between the prison and the airport.

Did Philip Sciberras ever wonder aloud, or at least in his heart, if €275 million could have helped more elderly people live a fuller life in their communities?

Has Philip Sciberras wondered about the patriotic credentials of the handful of people enriched by these decisions? Perhaps he looked at how the MMDNA was driven out of operation and how state-operated ‘home help’ was shut down. Did he wonder how these services were privatised? Did privatisation live up to procurement rules? Who were they privatised to? Was it Silvio Debono again?

Surely, the former judge must have given some thought to these things, the grey eminence that he’s reputed to be?

For this is the gift that Robert Abela gives us with the money he took from us. The highest ever number of elderly people living in institutions. Was this because that is more profitable for his cronies than supporting senior citizens to live in their towns and villages? Could the former judge pronounce himself on this?

In this universe, Mr Chairman of the Board of St Vincent de Paul Residence, do Silvio Debono and James Barbara love our country more than Roberta Metsola and David Casa? Do you?