Times of Malta reporters Ivan Martin and Jacob Borg asked Carmelo Abela what he had told the police when they questioned him after the 2010 HSBC Bank heist. He worked there at the time and though he would not explicitly confirm it, the journalists suggested he had access to the machine that generated passes uses by the criminals involved in the crime.

There’s a number of things Carmelo Abela could have said. He could have said he did indeed help the police with whatever knowledge he had of banking operations but, to his knowledge, he had never been a suspect.

Instead, he said, twice, that he did not remember being interviewed by the police.

Now look, there are many things one forgets from ten years back. But he wasn’t being asked what he had for dinner one February of 2011. Carmelo Abela claims to have no recollection of an interview with the police in the aftermath of a record armed robbery at the bank by criminals who used a system he and a handful of others only could have helped him with.

If Carmelo Abela’s memory is that problematic, is he sure he’s in the right job?

Is it enough for the blind support that Carmelo Abela enjoys to be convinced there had been no interrogation if Carmelo Abela says he forgets it ever happened?

Or is it enough for Carmelo Abela to say that the suggestion he may have had something to do with that robbery is a “lie” by Jason Azzopardi? After all, these days, if Jason Azzopardi said it, it is dogma to assume it isn’t true.

Of course, Jason Azzopardi has nothing to do with this. The Carmelo Abela connection came first from a member of the gang that robbed the bank – Vincent Muscat – and implied by the Degiorgios who, like Vincent Muscat, tried and failed to get a pardon in exchange for information.

Will Carmelo Abela tell his wife he does not remember marrying her next? 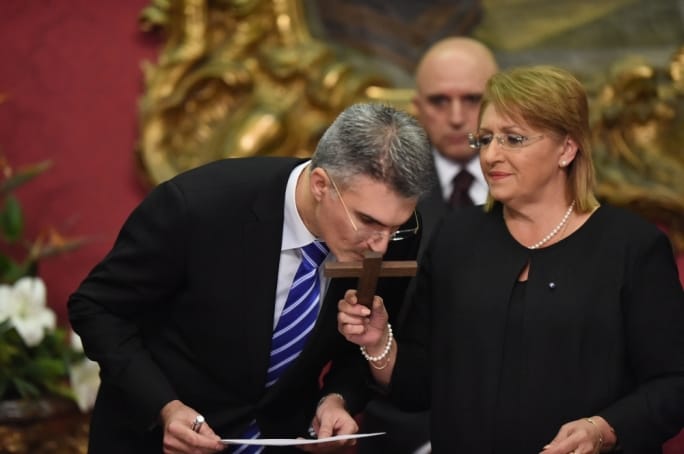