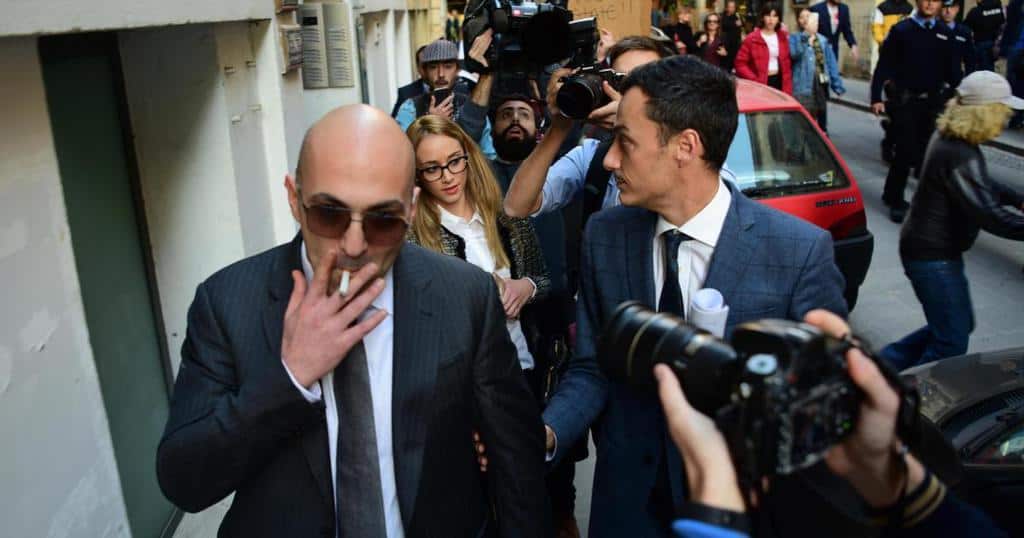 Simon Mercieca posted an anonymous post questioning my reasons for not running around all hysterical about “Freemasons involved in Daphne’s murder”.

Someone is annoyed their plan didn’t work.

The freemasonry thing came up in court this week. Melvyn Theuma was testifying in the case against Yorgen Fenech and speaking about conversations he had had with Johann Cremona before Theuma was arrested in November 2019.

Who’s Johann Cremona? He was a business partner and a buddy of Yorgen Fenech and, reportedly, also a man in vertiginous proximity to Keith Schembri.

Cremona gave Theuma a host of reasons not to worry. Cremona said he had a buddy in the police – Raymond Aquilina – that would help out. Yorgen Fenech would help out. Hell, if it came to it, Joseph Muscat would help him out. With friends like these, what could go wrong?

Then Theuma says Cremona told him there was another reason not to worry. Cremona told Theuma that he (Theuma) wasn’t the only one to hire killers to kill Daphne. This is a bit of a classic conscience-killer. Why are you worried about being punished for hiring killers to kill Daphne? Other people were doing it too. What makes you think you’ll have to take the fall for them?

Melvyn Theuma said Johann Cremona told him Freemasons hired one of their own to get Vince Muscat il-Koħħu to kill Daphne.

It is compounded by a gap in knowledge. If you draw a diagram you can remember who Theuma, Fenech, Muscat and Cremona are. With some difficulty.

Enter a new figure with no name.

People following proceedings in court know that the name of the “Freemason” that Johann Cremona told Melvyn Theuma was hired by other unnamed Freemasons to hire il-Koħħu is banned from reports of court proceedings by court order. That gap in the public’s knowledge is helping Simon Mercieca’s anonymous contributor sow confusion and doubt.

The hidden name belongs to lawyer Arthur Azzopardi. He was for a time a freemason. That much is true. Daphne Caruana Galizia had written about it. Azzopardi was reportedly expelled from the secret society and he claims that when he was a member he in any case never climbed far up the ranks.

We also dislike Freemasonry. I do. Intensely. It’s not just the unacceptable secret scratch my back I scratch yours thing. It’s also that if we are following the Italian model, Freemasonry is the safe and quiet place where the resources of the criminal underworld and the interests of the criminal infiltration of the State converge.

Why would Johann Cremona throw Arthur Azzopardi in the mix like this? Because Melvyn Theuma was shaking with nerves. He was desperate and it is no exaggeration that he feared for his life. He at least feared his associates in the murder of Daphne would abandon him and let him take the fall alone. Melvyn Theuma’s criminal co-conspirators were worried about what he might do or say in the mental state he was. That’s why Johann Cremona was dispatched to manipulate Melvyn Theuma.

Why would Melvyn Theuma buy this about Arthur Azzopardi? Because it would have been the sort of thing that he would have wanted to believe.

Dragging Arthur Azzopardi in the story would have had other benefits for the real killers beyond getting Melvyn Theuma to shut up. Arthur Azzopardi needed to be scared off the idea of negotiating a way out of a life sentence for Vince Muscat in exchange for information he would give on the other people who killed Daphne Caruana Galizia.

Eventually, the scare tactics  worked, because at one point Arthur Azzopardi stopped being Vince Muscat’s lawyer. I asked Arthur Azzopardi and he confirmed to me he quit when the threats became too much for him to handle.

It benefits anyone involved in perpetrating a murder that the audience is distracted by the idea that other people may be involved in the murder. If everyone is guilty, nobody is.

The more that idea becomes pervasive, the less likely it will be for any juror in a future trial to dispel the feeling that the accused brought in front of them is just a fall guy. The greater the confusion then, the better the chance of the killers getting away with murder.

Now the author of the anonymous post on Simon Mercieca’s blog fully expected that psychology to work on me too.

This is far from the first time this happened. It’s not even the first time Arthur Azzopardi was named in connection to this. The lawyer for the Degiorgio brothers, William Cuschieri, asked Vince Muscat in court whether he knew of a plot by Darren Debono (not the bank-robbing Darren Debono it-Tôpo, but the football-coaching, fish-restaurant-owning, fuel-smuggling, money-laundering Darren Debono) that used Arthur Azzopardi as a middleman to commission the killing of Daphne Caruana Galizia.

In this case, as it is clear to one and all that I do not approve of Freemasonry, and that I did not approve of Adrian Delia’s treatment of Daphne Caruana Galizia including the libel suits signed by Arthur Azzopardi, I am expected to receive with delight and credulity Johann Cremona’s story that Arthur Azzopardi worked for a faceless and secret committee on a plan to kill Daphne Caruana Galizia.

Simon Mercieca can tell his contributor to shove Johann Cremona’s stories up his anonymous arse.

It will be aliens next.