The PN shows the way on prison reform 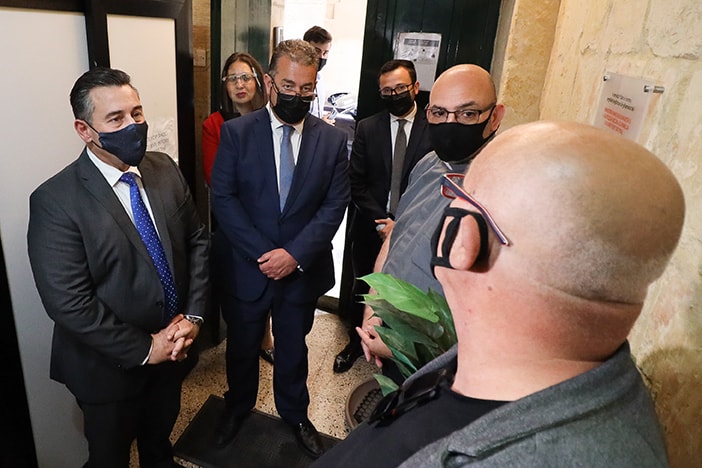 The reforms being proposed by the Opposition for the prisons restate the traditional contrast between the PL and the PN. The PL is the right-wing disciplinarian with fascist tendencies best represented in Alex Dalli’s mediocre imitation of a director of a gulag and Byron Camilleri’s chilling silence. The PN is the left-of-center humanitarian party promoting human dignity even for the most despised in society.

The commonplace expectation is that prison brutality is popular; that stories of repressive discipline, of broken spirits, of the submission and humiliation of people serving time, meet the enthusiastic support of an intuitively blood-thirsty public.

As with any populist policy, it only goes so far. The public will ignore one unexplained death in prison. It will not think much about two or three. Few are indifferent to 11 unexplained deaths.

It, however, takes leadership to transform vague concern about prison conditions by people who expect never to be directly impacted by them, into policy for a party in Opposition. It takes leadership because it takes courage to propose that more money should be spent to ensure prisoners live decently. It takes courage to propose that even sentenced criminals should be treated with dignity, even dignity they denied their victims.

The PN is proposing more prison space which comes, of course, at a cost. They are proposing the repatriation of foreign prisoners being careful to specify that they are speaking about prisoners from countries where prisoners are treated with dignity and respect, not where they are held in hells worse than ours. They are proposing reforms to preventive custody to reduce long waits in a punitive environment for people who have not yet been convicted.

Of course, a big part of our prison problem is that it is in part the consequence of absurdities in other policy areas.

There are dozens of prisoners that have been condemned for rioting because of inhuman conditions of detention (or “hospitality”) in migrant centers. Clearly, we need to reform our detention policy for migrants which will have the effect of easing pressure on our civilian prisons.

The large number of detainees held in preventive custody pending trials is the product of the interminable wait for trials in our slothful justice system. Reforms to shorten pre-trial proceedings would also ease pressure on our prisons.

And the PN is proposing the obvious. Bernard Grech has stated more than once that if he were prime minister Alex Dalli would not be prison director. That is more than a personal admonition. That is a policy declaration that prisons should be run by civilians. That discipline can be a product of humanity rather than intimidation. That power and authority can be exercised without spectacle and ritualized violence.

It obviously feels good to find oneself in agreement with a policy being driven by a political party. Such a thing crystallizes choice, in this case, a choice between a brutal policy I have often criticized, and an alternative I have often pleaded for.

Above all then, do the right thing.