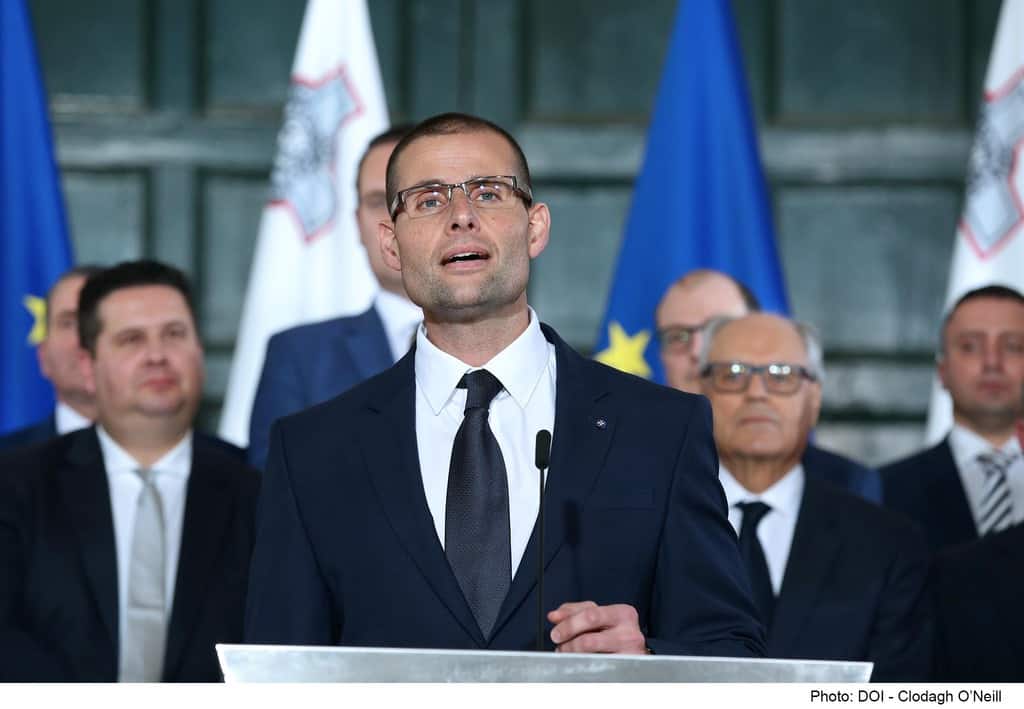 And so it is that days after Robert Abela promised to put us firmly on the path of “l-aqwa fid-dinja”, the world has stuck a label to our door saying we’re not to be trusted.

In what I promise to be a brief moment of uncharacteristic lack of humility (the moment has started, in case you thought it was still coming) I note that politicians are rushing to fulfil my prophecies like Pavlov’s dogs in response to a bell. Blame the foreigner, hunt for the collaborators within, increase the dose of hate, declare unilateral, and entirely baseless, confidence in the ability to plough on as if the roof hasn’t just collapsed over our heads.

Evarist Bartolo painted a self-portrait in caricature this morning. Fancying himself the tragic but heroic victim of a classic cautionary parable, he characterised what he clearly expected to be today’s vote against Malta as a tale as old as time. The big fish slapping the small fish around.

He indulged in the ultimate tu quoque, that sophistic rhetorical device of last resort much loved by Joseph Muscat: “għax ma jarawx tagħhom”. Evarist Bartolo is just the first in a series of Labour politicians who will complain about the beams in the eyes of our bigger brothers on the world stage who are bashing us for the mote in ours.

None of this is productive. Here ends the brief moment of self-congratulation for having foreseen the predictable conduct of government ministers who, no doubt, will continue to live up to expectations. Here we are, they will say, pariahs of the world for every reason they can think of which has nothing to do with them.

As people of Malta, as parents of the children whose livelihood is in danger, as the true patriots whose love of country is not manifested in xenophobia and misguided loyalty to corrupt princes and humourless jesters, we now turn to each other and wonder what else we can do.

Although they blame us for the mess they got us in, we happy few know in our conscience we were the only ones to actually take time out from the drunken party to try to save this country from its own destruction. We protested and marched and wrote and spoke when others were focused on making money and milking l-aqwa żmien.

Like Cassandra we lived through the curse of uttering true prophecies, never to be believed. The curse does not dissipate with the shocking catastrophe of flooding reality. Those trolls on Facebook who ask me why I bothered writing a book about the ongoing siege of Malta when I should have written about Arriva, will never connect the hardship they have yet to suffer to their stubborn choice to support Joseph Muscat and Robert Abela.

They will still put from their mind, and let die on their lips, the only phrase that should make sense today as the ground of Atlantis shakes beneath our feet and we’re swallowed by the ocean: ‘Daphne was right’. For she warned them all that corruption at the highest level and the determination to excuse it, justify it and cover it up, was hemlock we were dusting in our drink.

What then is there to do now? Where do we find hope for change? Where do we find the strength to reinvent ourselves again? While our governors and their followers persist in denying the self-evident causes of our self-harm, how do we show the world that we’ve learnt our lessons and that we can sit around the big girls’ table again?

Like Cassandra, we are condemned to speak to each other unpleasant truths. True, the Labour Party lived up to its tradition of sooner or later hammering the country into collapse every time it gets a chance to grasp power. But stopping our diagnosis at the Labour Party suggests that removing it would cure us of our problems and a new dawn will rise without the need of much further effort.

The truth is our problems run deeper. We have a political system that now we know allows a band of capable criminals to take over the reins of power and callously drive us into a wall after they’ve profited enough from the ride to jump off it ahead of the crash. And we have a political system, a political culture, a political community of leaders, that appears to lack the imagination, the will, or even the inclination to take us somewhere we would think of hoping for our children.

Who wants to be “the best in the world” now, when all we really want is to be allowed to be part of it again?

Who dares hope that Robert Abela and his mates who did not see this disaster coming in spite of the fact that we’ve been warned of it by Daphne before she died and by the entire world after, could now miraculously shepherd us out of this valley of darkness?

Who dares hope that the Maltese electorate who confirmed Joseph Muscat in power even after the Egrant scandal (apart from everything else) would now wizen up instead of falling for the ridiculous idea that we are victims of a global conspiracy perpetrated against us by spiteful and envious “foreigners”?

Who dares step up and break this siege?

Previous:WATCH: Discussion at launch of The Third Siege of Malta
Next:Greyed Malta: (2) Demanding the impossible