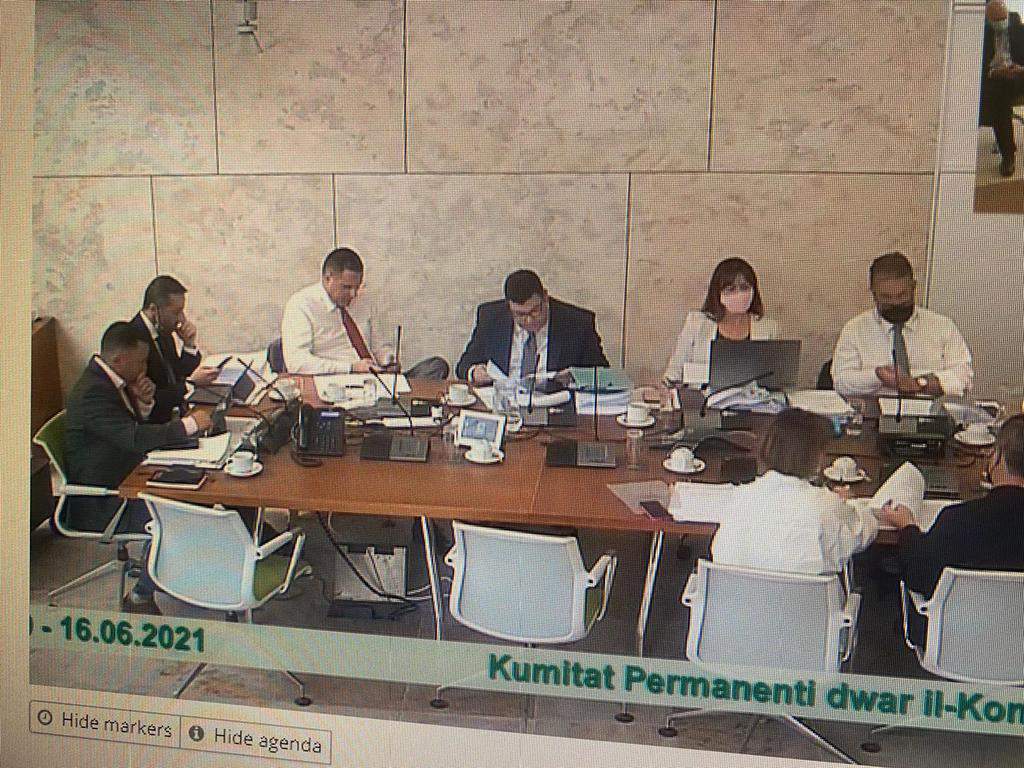 What is happening at the Public Accounts Committee would be an outrage on our democracy if we had a democracy. Gianella Demarco is Paul Apap Bologna’s lawyer. She works for him and speaks on his behalf. He’s not on trial there. He’s just a witness. He should not need legal representation or some form of defence.

That said, he’s chosen to lawyer up. His brief delights in vacuous references to “human rights” as if multi-millionaire, finger-in-many-pies, power-broker, nostalgic aristocrat Paul Apap Bologna was some deprived, and discriminated victim of the abuse of the power of the State, turning her increasingly snappy interventions into just so much melodrama.

If we are going to worry about anyone’s human rights here, let’s think of every householder who pays a little extra on their water and electricity bills so that bloated plutocrats like Paul Apap Bologna and his like can cash in their profits and keep their promises on whose rotten politician’s pocket to line. He’ll no doubt say he’s not made any cash on this deal, but we’ll leave that for the judgement of history, perhaps after costing in the new interconnector.

Gianella Demarco then is only Paul Apap Bologna’s mouth so let’s not let the latter off the hook, while he pretends to quiver behind his mask, by focusing on the indulgent and misplaced courtroom shenanigans of his lawyer.

It should be utterly outrageous that a witness in front of a Parliamentary committee may define for the committee the limits of its competence and rule for it which questions are or are not appropriate or admissible. It is outrageous that a mere witness, as Paul Apap Bologna is, addresses MPs that are questioning him in terms of “not letting” them ask this or that type of question or draw this or that political conclusion from his answers or refusals to answer.

Imagine this sort of behaviour in front of some Congressional committee or Commons committee to name two Parliaments some might be familiar with.

I say it should be utterly outrageous, because the majority of the members of the committee, the ones nominated by and belonging to the government, participate in their own humiliation, and abet the witness in his contempt of the parliamentary process, of parliamentarians and of their committee.

If Gianella Demarco is Paul Apap Bologna’s mouth, Glenn Bedingfield and the others on his side of the table are his limbs, with whips and knives in his grasp.

Paul Apap Bologna insists that no inferences and connections are to be made between the Electrogas imbroglio he profits from every waking and every sleeping hour and the killing of Daphne Caruana Galizia.

As, of course, does Yorgen Fenech, Paul Apap Bologna’s business partner, charged with the killing. He says the motive for the murder is in Daphne’s computers as if Daphne plotted to hire assassins to blow her up in her car. Anything for reasonable doubt, right?

He has been venting this “where’s the laptop?” slander for 3 years. At the Daphne Caruana Galizia inquiry, he had the audacity to feign indignation that he would be blamed for banners in the street spreading the vile insinuation that protecting Daphne’s sources was equivalent to covering up the truth about her murder.

And yet, there he stood yesterday. Taking up the arguments by Yorgen Fenech’s lawyers, such as they are, in Parliament, making them his own. Just as he does in the public accounts committee, lending a hand, as if she needs it, to Gianella Demarco’s bludgeoning of democracy’s last line of defence, its Opposition politicians.

This would be an outrage on our democracy if we had one. We would call it the mafia’s assault on the State, but it isn’t really. This is just extended bullying by mafiosi and their lawyers of the last stragglers in our Parliament who still resist them. But Karol Aquilina, though a member of it, is not representative of our Parliament and does not represent through his determination to hold back this evil tide, the orientation of our State.

And before Bedingfield or Demarco or Apap Bologna draw themselves up into a dignified pose to decry the use of the word “mafia”, I would invite them to consider the wider implications, the popular use of the word, if you like, and reflect on the truth: you don’t have to have the surname Capone or Corleone or Riina to be perceived as a mafioso. Just aligning yourself with the darker side is enough.

Previous:Truth and Justice: Renato Camilleri
Next:Three oranges or thirty pieces of silver. What is the right price to turn a vote?