MONEY MAGAZINE: The lesson of Muscatonomics

This article was first published in the current issue of Money Magazine. The Magazine can be found here. 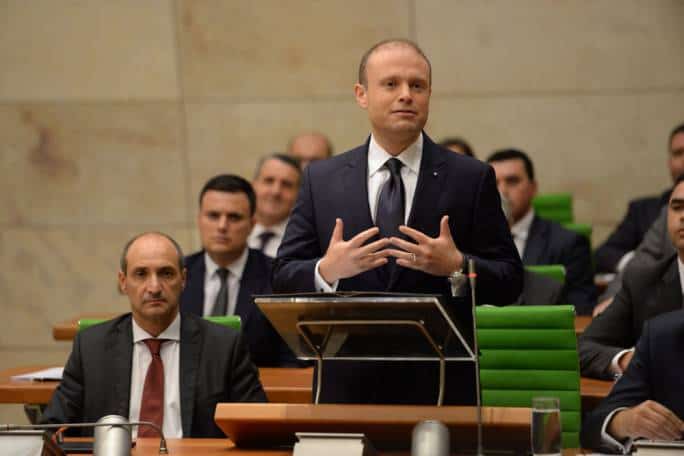 My column in this magazine is not famous for optimism. Admittedly, cynicism, skepticism, and warbling doubts about the future are rarely highlights of a business magazine. The fact is we haven’t walked through the gauntlet of our times yet and there’s no other side for us unless we agree on what surrounds us.

For over three years we’ve been through the painful process of pretending to turn the page. That followed several years of assuring everyone we didn’t have to.

The years 2013-2017 will go down in history under the headline devised for them by none other than the present justice minister, Edward Zammit-Lewis. They were the years of Muscatonomics.

The economic indicators do not lie. Malta’s economy was pumping. Sales orders flowed in in several industries. The feeling was good.

There was no room in the euphoria for a reflection on just how sustainable the rush could be. The heady spinning came to an abrupt halt on October 16, 2017. When Daphne Caruana Galizia was killed in a car bomb outside her home, the economic activity did not slow down, the excitement for the good times did not diminish. But the country’s determination not to ask itself awkward questions came up against a challenge, insistently put to it by the rest of the world.

As journalists flew into Malta sending back news reports to the televisions, the web portals, and the newspapers of the world, Malta was no longer perceived as a place you went to on holiday or a sunnier version of Switzerland handling the banking needs of the ultra-rich. The postcard image of a sophisticated version of a convenient Caribbean paradise flying an EU flag and seeped in culture and history was scorched by the fire burning in Bidnija.

The country went on the defensive. You could say we went into early lockdown. The government put on a brave face acting as if the bombing of a journalist came down on us like rain from an unclouded sky. There had been no causes. There therefore cannot be cause for concern.

As it turned out, there was much cause for concern. The killing of Daphne revealed much that had been hidden under the smoke of a pumping economy.

First, it exposed the existence in Malta of hard-core gangland warfare. Well-resourced and heavily armed criminal organisations were and are prepared to use terror to secure organisational ends. This factor alone is perhaps the best case to argue that before Daphne was killed we lived under the influence of the fumes from freshly minted money.

In the seven years up to the car bomb that killed Daphne Caruana Galizia, there had been 19 other car bombings in this country. For an island the size of a middling provincial town that is a strikingly large number. And yet we collectively managed to ignore them as if they had been background noise like too many fireworks on a summer Sunday morning.

Second, Daphne’s killing exposed the relationship between full-time violent criminals and board-room “businessmen”. There is a language and a market of transactions between boardroom Malta and gangland Malta. Malta’s biggest business empires are run by third-generation cousins. We have seen how the foreign-college educated, sharp-suited, lawyered up tycoons know which number to call when they need an underground bookie or even an off-the-shelf sicario.

Third, Daphne’s killing exposed the absence of moral rectitude or ethical restraints in the offices of warranted professional service providers. We have seen a world of lawyers who accept payment in cash from sources they do not question and who do the dirty work for their jailed clients going as far as delivering bribes and blood money for them. We have seen accountants and auditors acting against their professional code, helping clients cook books, devising structures to shelter criminal activity, playing fast and loose with documents entrusted to them for proof of integrity.

Fourth, Daphne’s assassination showed just how ineffective people in positions of authority can be when they are inhibited by fear or favour. Theoretically, the country was endowed with a system of checks and balances to ensure no one, however popular, could abuse their power without consequence. And yet senior police officers, senior prosecutors, magistrates and judges, regulators, civil service managers, parliamentarians, and so on did not do the checking. Let alone the balancing.

Fifth, Daphne exposed while still alive – but we only really started listening to her after she was killed – the fact that corruption is inherent to the people and the policies that created Muscatonomics. We understood that very slowly.

The selling of Maltese passports bumped up profits for law firms and accountancy firms and turned unused basements into cash cows. But it took us long to realise we were undermining our European and international partners by dressing tax-dodgers and financial criminals in our homespun camouflage.

The easing of planning restrictions, permitting higher buildings, encroaching deeper into the countryside, and exploiting public spaces and previously open spaces for short-term economic gain boosted the construction industry and had a widespread trickle-down effect. But it took us years to realise that we have sacked the country in the process and we are still turning the last remaining pockets of green and blue into grey and black.

The relaxation of oversight over financial industries including banks and gambling companies allowed businesses in this area to grow and create more employment and economic benefit from imported labour. But we are still coming to terms with the fact that the rules were relaxed to allow criminals to use these facilities, burning up the only real asset this country could boast of: trust.

We are realising all this now. We understand that happy as we have been to cash in on the immediate proceeds of Muscatonomics this has all really been a Ponzi scheme in reverse. We have been living off the earnings we have made selling a pipe dream to the world. In the dream, we’d live as happy millionaires ever after. We are now waking up.

And yet we are doing our best to stay in bed a little longer, bemoaning the fate of having had to emerge from our warm and fuzzy reverie.

The talk of “apologising” for the Muscat years is just such a childish attempt to wish away the reality we have to confront. The mess we’re in will not be wiped clean by saying ‘sorry’.

You could argue that the attempt to acknowledge reality with an apology is somehow more constructive than some of the utterances made by Prime Minister Robert Abela. He recently said that the existence of organised crime in Malta no longer persisted.

When that sort of thing used to be said before 2017, it could be dismissed as naivety or incompetence. After all, we’ve been through, imagining that organised crime would just go away because we wish it to, is far worse than naive. It is irresponsible. Complicit even.

I am, I admit, not famous for my optimism. But it doesn’t mean I recommend to anyone giving in to despair. Our list of problems, the devastation left behind the whirlwind of Muscatonomics, is huge. Perhaps, in some respects, it is insurmountable. But the long walk to reconstruction, recovery, and reinvention starts with recognising the problems we need to overcome.

If we start walking down this path, we might one day come to a point where we can think of Muscatonomics the way we remember a night of trouble after a drunken bout from our teenage years: a cautionary lesson from our past.

Previous:WATCH: Interview with 103 on The Third Siege of Malta
Next:When mafiosi speak