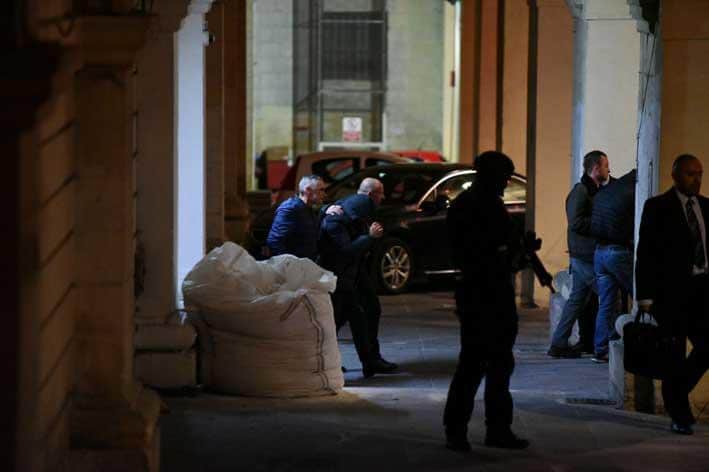 First, a disclaimer. Let it be known, for the avoidance of any doubt, that nothing I write here is intended to suggest that the Degiorgio brothers, as indeed everyone involved in killing Daphne Caruana Galizia, should serve any punishment which is short of what the law says they deserve.

Second, as with all lessons we are learning as novices of the mafia experience, we need to look at the history of our neighbour Italy for inspiration.

Giovanni Brusca admitted to killing over a 100 people for Cosa Nostra. He dissolved a child in acid as a punishment to his father. He served Totò Riina as his henchman and executioner. He pushed the trigger that detonated the bomb that killed Giovanni Falcone.

It is hard to imagine a man more evil, more deserving of punishment and of the derision of society.

Twenty-nine years after his last mafia killing, the murder of Judge Falcone, Giovanni Brusca is being released from prison to live under a witness protection program as he continues to give evidence in ongoing mafia cases.

Giovanni Brusca is no hero. He is a fully-fledged serial-killing monster whose ‘repentance’ and ‘regret’ hold no interest to us. He used his knowledge to gain something he did not deserve, to avoid dying in prison. And the State used his knowledge to bring down the mafia he was part of and in the name of which he had killed so many.

It is not a happy day to hear that the killer of Giovanni Falcone and so many others walks out of prison. It is indeed a high price for society to pay for what Giovanni Brusca has given society since his arrest and since he became a pentito.

But that’s nothing compared with the sadness of the mafiosi captured as a result of Brusca’s cooperation. It is nothing compared to the benefit for the community of the severance of the bonds that kept the mafia and the State together in a conspiracy of shared interests.

Giovanni Falcone and all the other anti-mafia magistrates could do that because their business was not politics and they were not bogged down with concerns about how things might look. Their business was justice. They understood that justice comes at a price and that price sometimes is justice itself.

The Degiorgio brothers are, on the basis of the evidence heard against them so far, among the most vicious and heinous assassins of our own bloody version of Cosa Nostra. They have killed for money. They have helped kill. They profited from armed robberies and violence and cruelty.

As with Brusca after Falcone, they are now facing long prison sentences after they executed – as the evidence suggests – Daphne Caruana Galizia, our own anti-mafia magistrate served death by car bomb. As with Brusca after Falcone, the killing of Daphne Caruana Galizia was one murder too far, one cruelty too evil. They have reached the end of their perversely illustrious criminal careers.

The Degiorgios appear to have accepted their fates and are now willing to betray their accomplices and their past associations to negotiate for themselves some sort of future, some dusk to their miserable, evil lives. I’m not in their heads and that would be just about the last place in the universe that I would want to be in. But my guess is they’re thinking like Giovanni Brusca. They want to avoid coming out of prison in a box. They want that which they certainly do not deserve.

My reading of the letter their lawyer published today is that they are willing to help the State break down the criminal organisation they belonged to that existed with the knowledge and cooperation of people then and are still in political power.

The Degiorgios complain they can only ask government ministers to pardon them. No one, no one, should consider allowing the Degiorgios to walk out before serving full sentences for the killing of Daphne Caruana Galizia. But someone somewhere in the infrastructure of our State should be in a position to bargain with them like Giovanni Falcone did with his pentiti. And they should be able to do so without the heat on their necks of the foul breath of a government that includes ministers or is associated with politicians that are implicated in the stories these potential witnesses are telling.

I’m in no position to assess for myself the credibility of the evidence that the Degiorgios can give against their accomplices within or beyond the political scene. But even I can see their point that no one can make that assessment while Carmelo Abela is a government minister and Robert Abela has his back.

And Chris Cardona incarnates the evidence that it is not just about resigning from the government or even parliament. The mafia in this country will remain safe while the Labour Party retains power.

Consider a recent statement by Carmelo Abela. He announced the government had delivered just shy of 90% of its electoral program. Most people’s first reaction to that was scoffing at the hyperbole. Someone quipped that even they could do very well on their report cards if they got to grade themselves.

Robert Abela underscored this when he said he would call an election when the government delivered 100% of its promises. For most of those 100% he was a back-bencher, not the government’s head.

This reminds us all that slicing off a head from the hydra in 2019 did not kill this monster. Some people resigned. Some people were arrested. But the mafia still rules and the Maltese State (as opposed to its government) is going to have to speak to some unsavoury allies to get anywhere.