Rushing back up the womb of colonialism 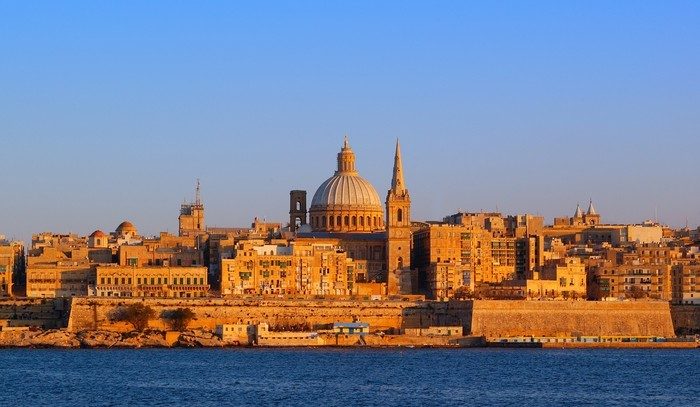 Last Sunday I wrote a piece about needing a government that plans for a new economy that makes sense in a world pushing back on climate change. I called for imagination to outgrow our dependence on the evasion of tax levied by other countries. I pointed out that the givens of our past economic successes are now on the wrong side of a growing consensus around the world.

It’s silly to expect change to happen overnight. But few things can be a starker reminder of the direction our economic policy is taking than today’s announcement that the government will be paying subsidies to sell property in Malta to foreigners. What direction is that? The opposite of what it ought to be, that’s what.

When Malta became independent in 1964, one of the harshest criticisms levied against the government of the time for the deal brokered when Independence was secured from our former colonial masters, was that too much land had been retained by the colonists.

“Freedom” for the Labour Party was only properly achieved when all the military facilities had been dismantled and extra-territorial facilities were returned to Malta. Of course, as most things with Dom Mintoff’s rhetoric, it was all empty talk. Chunks of the national territory where then carved out and handed over to Libya, our new colonial masters.

When Malta was getting ready to join the EU, one of the panic strokes of those opposing membership was opening the property market to foreign buyers. Since 1987, Malta had been dismantling its sovereign restrictions on the access for outsiders to the domestic market. Goods first, then currency, eventually even services.

But Malta’s pro-EU government balked at opening up completely to the purchase of property by people who did not live here. They negotiated and retained restrictions on non-residents purchasing property in Malta, retaining limits and permit processes abolished elsewhere in the European market.

The argument went that Malta is small. Land is at a premium. Supply is what it is but a rush on demand could alter prices beyond the affordability of people for whom Malta is not “an investment destination” or a “holiday home”, but just home.

Ensuring the affordability of housing for working families, driving home ownership, putting young people on the property ladder without undue pressure on their lifestyles, improving quality of life with better quality housing: these used to be mainstream policies here. You don’t hear any of this anymore.

Roderick Galdes recently congratulated himself for halving the waiting list for social housing. There’s no suggestion that the numbers struck off the list are now living in social accommodation. Instead, the people counted by these gross statistics have been diverted to other schemes that claim to alleviate some of their poverty to the point where they’re no longer eligible to social housing.

The governors of this country are becoming proper classic Tories. In the meantime, an uncounted sub-stratum of society is living in toilet-free garages unable to afford anything better to live in.

If there’s any subsidy that is justified to pay to the construction industry that would be to convert empty properties, improve amenities in poor housing, and ensure adequate supply for the strata of society least able to afford to live decently.

I suspect even classic Tories though would feel queasy about picking up the bill for flights and accommodation for property bosses flying to sell apartments and properties to foreigners. To use public funds to subsidise property speculation, to divert investment funding towards barely-any-added-value, zero-employment, low-yield transactions as the straight sale of property is, to reduce the economic vision of the country to the carving out of its most limited asset – space – is retrograde.

This is the Benjamin Button of our economic development, as we age in reverse, diminishing in our ambition, shrinking in our imagination, and rushing back towards the womb of colonialism where we hoped to scrape a living scrambling over the crumbs dropped by the foreigners who own our land.

We are reversing our Independence and as with our past colonial experience we must ourselves pay for the costs of our exploitation.

I imagine the grotesque symbolism of today’s policy announcement by the government, that we’ll be subsidising the effort to sell our territory to foreigners who are shopping around for speculative purposes, whooshes undisturbed over the heads of our authorities. They behave like feathered chiefs of native tribes as they are first exposed to European conquerors. They are blinded by trinkets and mirrors. They do not know what they give up as they give their country away.

I am no nativist. I am happy to see my country change, immigrants arrive, cultures mix and enrich themselves and each other. I am happy to see races mingle, and religions pray alongside each other if pray they feel they must. I argue for the opening of our doors to people needing rescue in our waters. I welcome anyone who flies or sails here to make this place their home.

But the idea that I must subsidise the “investment” of people who get rich by waiting for time to inflate the value of properties unlived in, crowding out people who do live here from affording to live in their own country, is truly appalling to me.

The people killed on the Sette Giugno may have been innocent bystanders unfortunately placed between trigger happy soldiers and bread rioters. But their death had been used as currency in the cause of decolonisation for forty years. However innocent they were of the way their memory would be exploited for political purposes, it is still ironic that we seem so keen now, a hundred years since their untimely deaths, to surrender our small islands to colonising absentee landlords again.

Previous:Four years
Next:GUEST POST: They did play you, didn’t they?