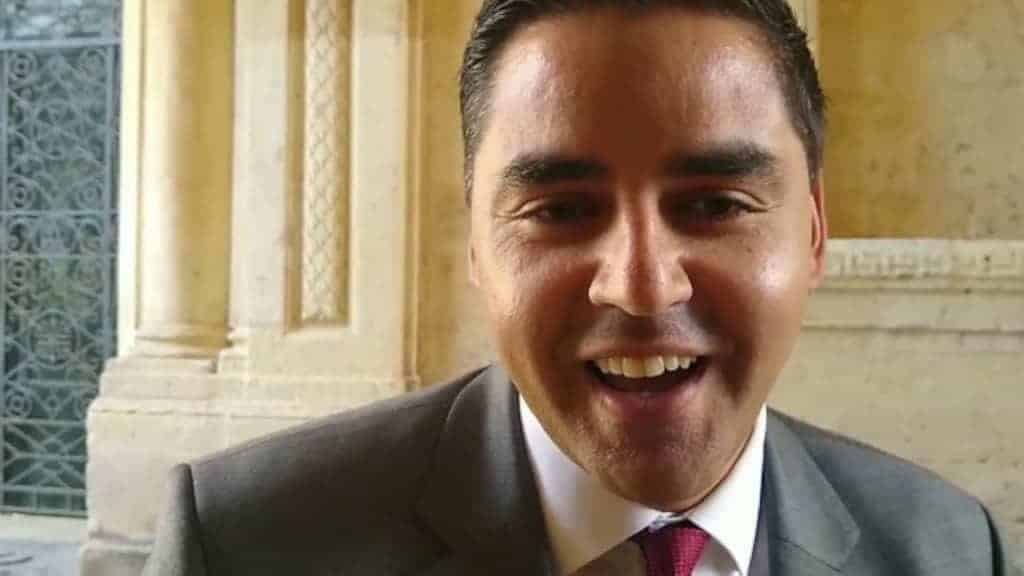 Joseph Muscat and Labour’s chief selling point in their aggressive and expensive election campaign of 2013 was the promise to slash utility bills. Labour presented their offer of a new face for local politics, one Konrad Mizzi, a smooth faced newcomer, gracing every press conference, every debate and every advert. He sweet-talked his way with detailed information about the detailed roadmap he promised had already been in place. Labour promised a new gas-fired power station and they said that everything about it had been prepared and costed. The famous roadmap.

It was their roadmap, the one we now know was meant to take them to personal riches.

A couple of weeks we learnt the Auditor General reported ARMS was collecting from Maltese consumers around €6.5 million a year more than they should have because they were working out the bills wrong. That’s €50 million in the last eight years.

Joseph Muscat, who may I remind you was chosen as the most corrupt person in 2019, in an interview in 2018 admitted that there were ‘anomalies’ but these were to be addressed in the very near future. The two-monthly actual bills being sent to consumers are splitting the annual quota of cheap units into smaller portions. As a result, consumers end up jumping into the higher brackets every two months, and with ARMS failing to reconcile the bills on an annual basis, consumers end up paying more. Three years down the road and nothing happened. Joseph Muscat resigned in disgrace over altogether separate issues and his ‘continuity’ successor, Robert Abela, as happens when we’re paying for them, let the ‘anomalies’ correct themselves without lifting a finger.

Economy Minister (or is that There-Is-Such-A-Thing-As-A-Free-Lunch-Minister?) Silvio Schembri mailed a booklet to all Maltese with instructions on how to download vouchers on their smart phone. The full colour pamphlet carried 3 photos of the minister. Now nanna Kelina doesn’t own a smart phone but she still received the information. The costs were covered by the exchequer as it is public information. That means you paid for it.

The Minister at the Office of the Prime Minister Carmelo Abela used your money to promote himself in a full page, full colour advert on all the newspapers of one Sunday. The Commissioner for Standards in a report said that the minister had abused public funds. But Carmelo Abela, the minister who has been named by il-Koħħu and the Degorgio brothers as the inside man in the HSBC heist of eleven years could not care less and refused to refund the money – your money.

They will con you again. You’d better believe it.

When you’re stuck in traffic notwithstanding the tens of millions of euro spent to widen roads, look at the hundreds of billboards scattered around Malta, paid for with your money to promote the government. They tell you that you have saved x hours in travelling, you emitted y  less tons of carbon dioxide and that you can realise your dream in a ‘sustainable’ film industry and such crap. The PL is conducting its electoral campaign with your money.

The government refused to give details of the number of persons of trust employed by ministries and, crucially, how much they’re paid. It is estimated that there are more than 1,000 people employed as persons of trust. They include consultants, customer care officers, gardeners, cleaning staff and body guards. All ministers refused to give the information requested because “they will put a strain on human resources at Ministries”. These employees are very busy phoning constituents asking “Għandek bżonn xi ħaġa. F’hiex u kif nistgħu ngħinuk?” And you will pay the bill my friend when Labour is elected again in a few months’ time.

You will continue to pay your income tax. And if you fail or miss a payment you will get a fine and have to pay interest. While others, namely the big fish such as construction magnate Charles Polidano, aka iċ-Ċaqnu, appears to have found a way of avoiding to pay millions in inland revenue bills.

Ian Borg will continue to spend over €40,000 on his press jamborees because, you know, he gets things done. He’s a specialist in tree pruning which comes from being a tifel tar-raba’. This latter day Lorry Sant, best known for his arrogance, sees red when he sees green. He quickly turns it to grey.

The uglification of Malta and now Gozo will continue unabated and we and our families will soon have nowhere to relax and most probably in 2050 children will only be able to see trees on the internet.

The choice is easy. If you want the parasites and the leaches to continue to suck you dry of your hard-earned money while their bank and offshore accounts grow bigger and vaster, vote Labour in again. You will anyway.

Previous:Rushing back up the womb of colonialism
Next:Sure, let the institutions work. But then what?